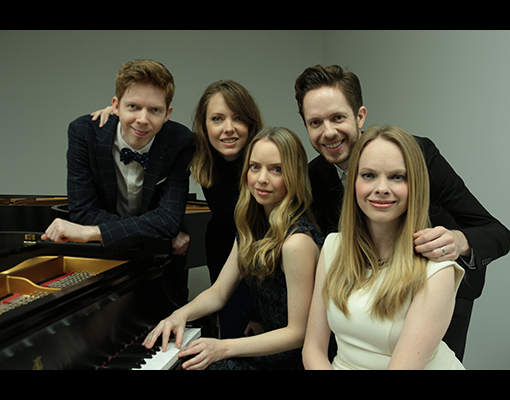 ​The 5 Browns are delivering on their dream to wake up classical music by introducing it to the widest, largest and most excited audience they can find. Whether performing individually or together in various combinations from duo to complex five-piano arrangements, The 5 Browns reveal a deep love of classical music while bringing a fresh energy and original palate of tonal colors.

The 5 Browns – Ryan, Melody, Gregory, Deondra and Desirae – all attended New York’s Juilliard School, where they became the first family of five siblings ever accepted. The quintet enjoyed their first wave of critical attention in February 2002, when People magazine dubbed them the “Fab Five” and they were featured on Oprah and 60 Minutes. The 5 Browns have released 8 CDs that have cumulatively spent over 30 weeks at #1 on Billboard Magazine’s Classical Album Chart. The New York Post has proclaimed: “One family, five pianos and 50 fingers add up to the biggest classical music sensation in years.”

The quintet has garnered extensive coverage from media outlets ranging from The Tonight Show, Good Morning America, The Today Show, and The View, to CNN, Fox and Friends, Public Radio’s Performance Today, and The New York Times, Parade, People, the Los Angeles Times, and Entertainment Weekly.

The 5 Browns tour extensively and have performed in numerous venues including the National Center for the Performing Arts (Beijing), Suntory Hall (Tokyo), The Kimmel Center (Philadelphia), Symphony Hall (Chicago), and Carnegie Hall’s Isaac Stern Auditorium (New York). Individually and collaboratively, they have soloed with orchestras around the world, including the National Symphony Orchestra, the Symphony Orchestras of Saint Louis, Philadelphia, New Jersey, Dallas, and the Orchestre de Chambre de Paris among others.

The 5 Browns’ music and child advocacy work were the subject of the award-winning 2018 documentary feature, The 5 Browns: Digging Through the Darkness, which was chosen as a “Critic’s Pick” by the New York Times.

The group was also featured in a PBS TV special, “The 5 Browns in Concert,” which aired on PBS stations throughout the country.

A highlight for the quintet was a commissioned five-piano concerto written by famed composer Nico Mühly. Under the direction of Maestro James Conlon, the concerto premiered in 2011 at the Ravinia Festival with the Chicago Symphony Orchestra.

The 5 Browns are managed by IMG Artists, LLC, and are exclusive Steinway Artists.

“…they broke down the barriers of the traditional piano recital. Sitting in a semicircle of Steinways, the brothers and sisters demonstrated their ability to draw orchestral colors out of the 440 piano keys.”

““The Edge of the World” was fun to hear. I was astonished by the precision with which the talented Browns executed their keyboard gymnastics, not to mention their crisp coordination with the CSO under James Conlon.”

” …the performance was a triumph, driving the audience to near-frenzy…One can only celebrate the unabashed joy and love of music heard and seen in the performances of The 5 Browns.”

“This kind of performance really does have to be witnessed to be fully appreciated: the puzzle-piece configuration of the pianos, the trance-like state of the performers during certain pieces, the zeal and energy each sibling brings to the keys.” 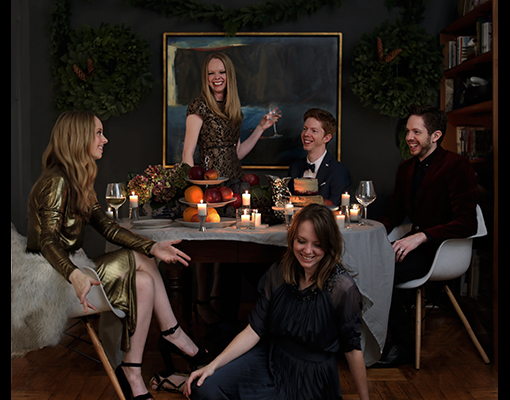 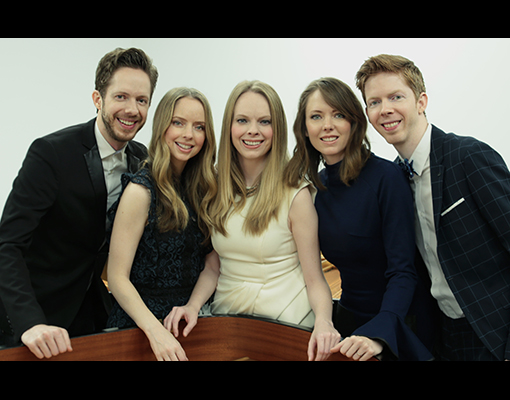 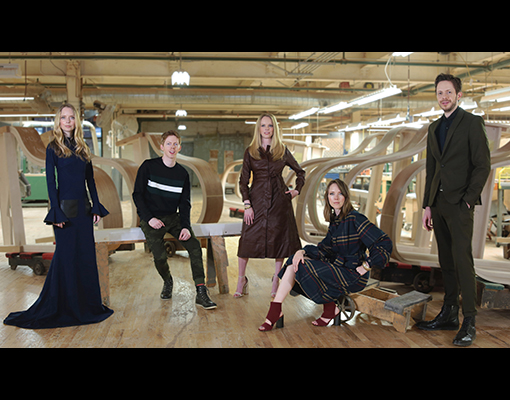 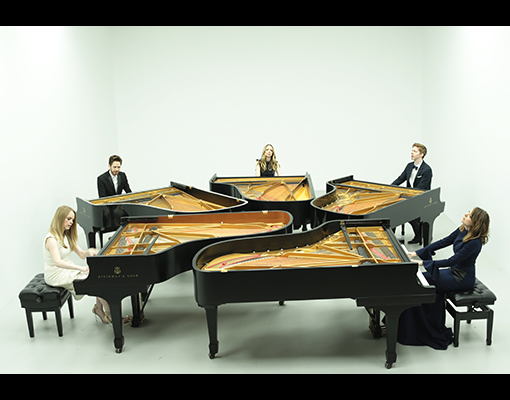 The 5 Browns: The Rite of Spring

The 5 Browns in Hollywood

5 Stars - Favorites From The 5 Browns