“In 2014 Tommy Igoe was voted the Worlds #1 Jazz Drummer in a Modern Drummers Readers Poll. Once you see him in action, you’ll know why. Backed by his nine piece Birdland All-Star Band Igoe more than lives up to his reputation. Think of Buddy Rich on steroids. Steely Dan, The Beatles, Snarky Puppy, Latin, David Bowie, and a few standards all show up sometime during the 75 to 90 minute set.

There is no set list, Igoe calls the songs just before they are played telling the audience the band never plays the same set twice, the only way to keep it fresh is to mix it up. At one point Igoe moved up almost to the edge of the stage with just a snare drum, brushes and four players, Jeanne Geiger on the trombone, Mike Olmos on trumpet, Tony Lustig on baritone saxophone and Tony Peebles on tenor saxophone. Paying tribute to his father, noted jazz drummer Sonny Igoe and the many mob owned clubs in 1930s, ’40s and ’50s New York the five musicians turned up the heat on an already hot jazz night each showcasing his and her chops and Igoe making one snare sound like a complete drum set. When back to the full-sized band Igoe gave each player a featured solo during the set. Rounding out the band is Leo Traversa on bass, Ted Baker on keyboard, Steffen Kuehn on trumpet, Drew Zingg on guitar and percussionist Christian Pepin whose hands were a blur on percussion. If ever a band deserved the accolade of “playing in the pocket” its this one. Just before the show ended with an ultra fast, brassy swinging rendition of Joe Zawinul’s “Birdland” Igoe made an unabashed sales pitch for all the merchandise on sale in the theater lobby. Trying to convince the audience that though they may not know it, everyone needs to go home with not only t-shirts and CDs, but drum sticks as well and it looked like he just about sold out of everything.” 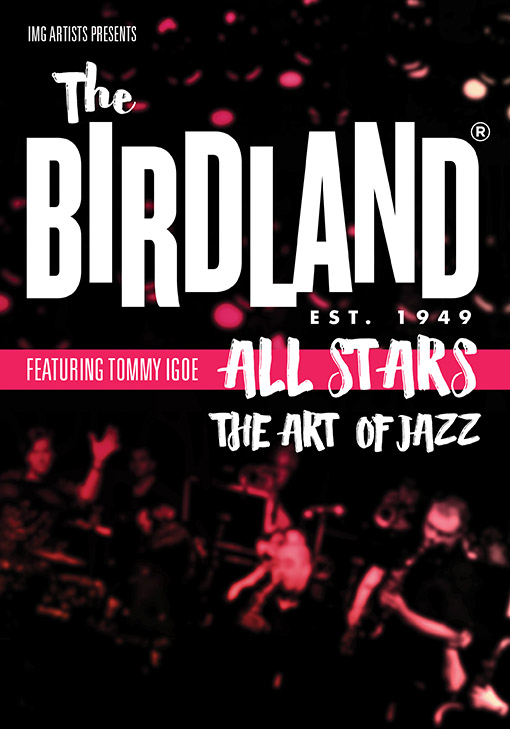 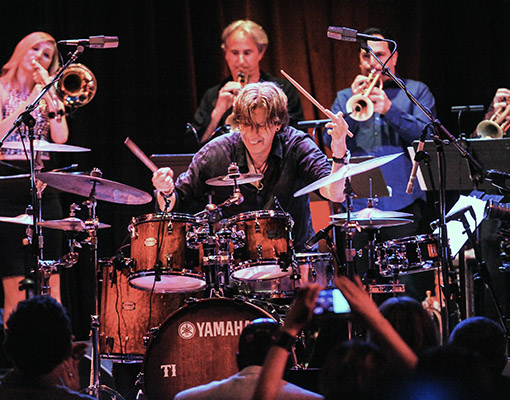 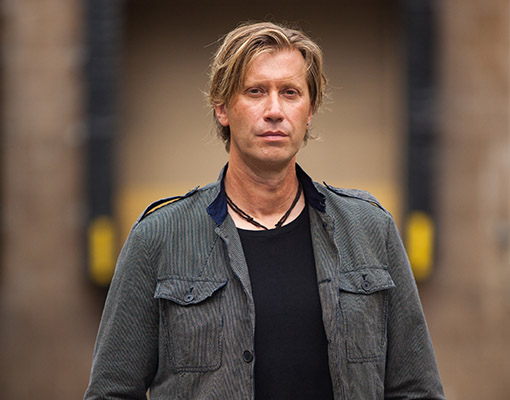