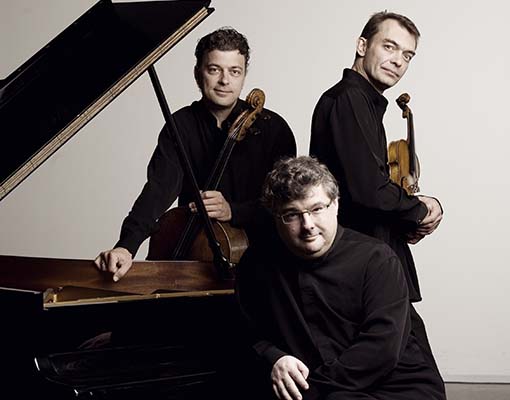 Trio Wanderer quite deserves their stage-name. Indeed, “Wanderer” pays homage to Schubert, and more widely to German Romanticism which is often imbued with the leitmotiv of the wandering traveler. These three French musicians are avid open-minded wandering travelers, who explore the musical world, spanning the centuries from Mozart and Haydn to nowadays. Acclaimed for its extraordinarily sensitive style, almost telepathic understanding of each other and technical mastery, the Trio Wanderer is one of the world’s foremost chamber ensembles.

In 1999 the Wanderer Trio began a partnership with Harmonia Mundi. Since then, more than twenty recordings with standard repertoire for piano trio have been released including Beethoven’s Triple Concerto with Köln’s Gürzenich Orchester conducted by James Conlon.

Their recordings have been awarded several prizes including Choc du Monde de la Musique, Fanfare’s Want List, Critic’s Choice and Editor Choice of Gramophone, CD of the Month’ by the BBC Music Magazine, Klassik.com Empfehlung, Cds des Monat Fono Forum, Diapason d’Or of the Year, Midem International Classical Music Award.
The New York Times declared their interpretation of Mendelssohn’s piano trios the new reference and their Schubert Trout Quintet and Hummel Quintet recording has been included in Forbes’s Top 100 Quality Music Library. Recently, in 2016, their recording of Schubert Trio op. 100 has been chosen as best version amongst 14 other ones by the BBC3 broadcast ‘Building a Library – CD Review’ .

Besides numerous radio and television recordings (Radio France, BBC, ARD, Mezzo), the French-German television company ARTE made a film on the Trio Wanderer, broadcast in June 2003.

“The legendary “Beaux Arts Trio” of the 1950s has now found its true successor .(…) Besides being brillant soloists in their own right,  when they play as the Trio Wanderer they become an entity, travelling with unerring instinct through the music as though sleepwalking in awaking dream”

“The best to be had today when it comes to trios. Throughout the years, Wanderer trio have been able to shine thanks to their homogeneous, original sound, “physical” style and free interpretation of their repertoire.”

“The turbulent Piano Trio No. 1 in D minor has long ranked among Mendelssohn’s most popular chamberworks; accordingly, there is no shortage of recorded performances, including several by ad hoc supergroups. Few manage as exquisite a balance among instruments as that achieved by the Trio Wanderer on its 2007 CD, which also includes a compelling account of the Piano Trio No. 2 in C minor. Trio Wanderer’s playing in the Second’s demonic Scherzo will have you on the edge of your seat.” – The New York Times

“The best trio to this day, the Trio Wanderer, gave an unforgettable concert at the symphonic House.” – Le Devoir (Montreal)

“With each piece the “Trio Wanderer” found its own language and its own clear style. Their playing discipline is fascinating. The way the musicians draw different lines, the degree of intensity, the regulation of dynamics, how they emphasize or permit different voices get through whilst consciously taking into account the consequences upon the collective sound, and to top it all how they bestow the music with its individual breath: a sheer miracle.” – Salzburger Nachrichten (Salzburg Festival)

“Wandering Stars – It was clear from the outset that the Trio Wanderer’s recital at the Wigmore Hall was to be very special. That no other artist that month came close to capturing the essence of music as this young French group did speaks volumes for the quality of its performances.-They have a near-telepathie musical sensibility. What so impresses about this group is its command of the emotional panorama of the music. In short, an awe-inspiring evening.” – The Strad

“The Wanderers take us on an exhilarating emotional rollercoaster ride, with a wonderful sense of conversational repartee in the fast outer movements and rapt expressions of wonderment in Schubert’s sublime, songful slow movements. All three players are outstanding musicians. – The Times

“Such fusion of spirit and style is hard to find in a trio. All three artists contribute to the trio’s perfect homogeneity. Jean-Marc Phillips-Varjabédian’s violin is superb, Raphaël Pidoux’s cello sings freely and Vincent Coq’s piano is faultlessly well-rounded and almost symphonic. The Trio stand out at once for their fullness of sound, power and youthful energy.” – Diapason

“The Trio’s qualities became obvious at once: a piano bursting with inspiring energy, a wonderfully intense and lyrical violin, and a cello with deep, full sounds. Their style can further be characterized by its typically French distinctness and airy lightness.” – Nürnberger Zeitung

“As an admirer not only of Saint-Saens’s chamber music but also of the Wanderer Trio’s previous releases, especially their Haydn and Shostakovich, I came to this recording with high expectations-all of which, I’m happy to say, have been exceeded. A dance-like elegance continually harassed by rhapsodic explosiveness best sums up these sparkling performances.” – Gramophone 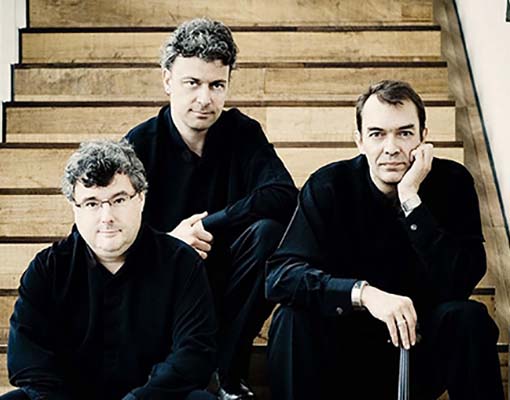 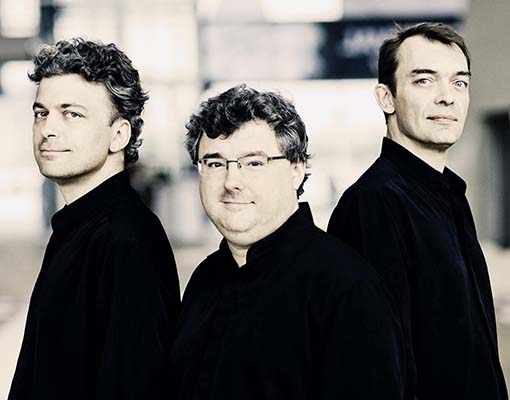 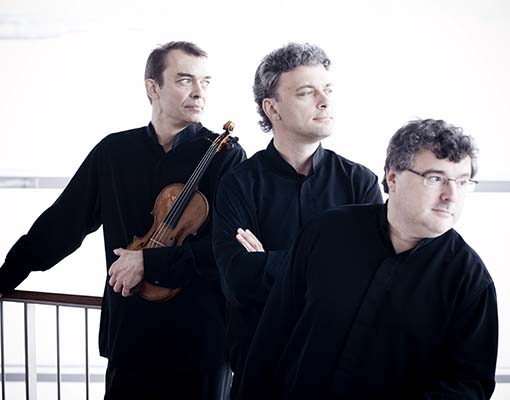 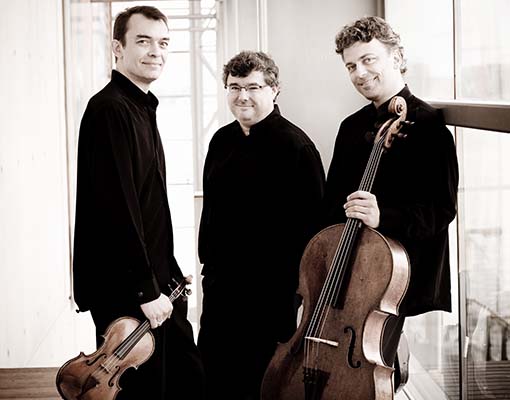 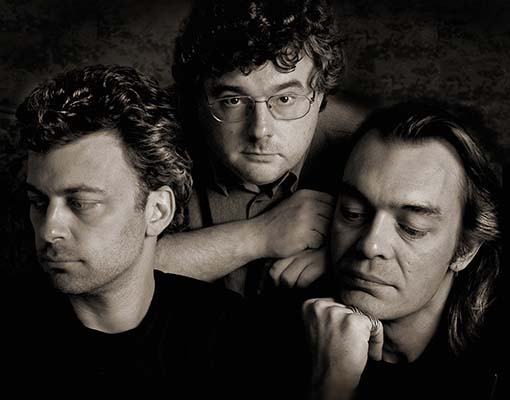