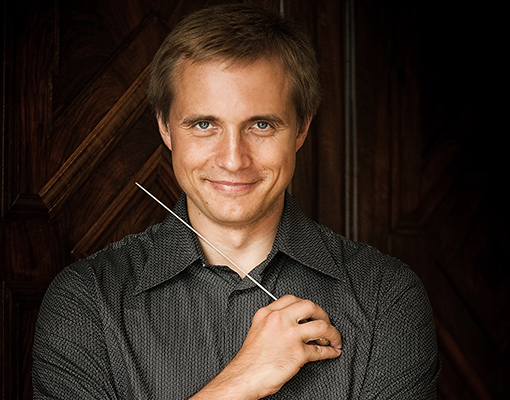 Vasily Petrenko was born in 1976 and started his music education at the St Petersburg Capella Boys Music School – Russia’s oldest music school. He then studied at the St Petersburg Conservatoire where he participated in masterclasses with such luminary figures as Ilya Musin, Mariss Jansons and Yuri Temirkanov.

He has worked with many of the world’s most prestigious orchestras including the Berlin Philharmonic, Bavarian Radio Symphony, Leipzig Gewandhaus, London Symphony, London Philharmonic, Philharmonia, Accademia Nazionale di Santa Cecilia (Rome), St Petersburg Philharmonic, Orchestre National de France, Czech Philharmonic, NHK Symphony and Sydney Symphony Orchestras, and in North America has lead the Philadelphia Orchestra, Los Angeles Philharmonic Orchestra, Cleveland Orchestra, and the San Francisco, Boston, Chicago and Montreal Symphony Orchestras. He has appeared at the Edinburgh Festival, Grafenegg Festival and made frequent appearances at the BBC Proms. Equally at home in the opera house, and with over thirty operas in his repertoire, Vasily Petrenko has conducted widely on the operatic stage, including at Glyndebourne Festival Opera, the Opéra National de Paris, Opernhaus Zürich, the Bayerische Staatsoper, and the Metropolitan Opera, New York.

In the 2021/22 season, Petrenko inaugurated his Music Directorship at the Royal Philharmonic with a series of major British symphonic repertoire at the Royal Festival Hall and the Royal Albert Hall, and a major North American tour culminating at New York’s Carnegie Hall. Highlights of the 2022/23 season include Mahler’s choral symphonies at the Royal Albert Hall and tours to Germany, Spain, Japan, China and South Korea with the Royal Philharmonic, and his debut with the Hong Kong Philharmonic. He returns as a guest to work with orchestras across the globe including the Cleveland Orchestra, Berlin Radio and Barcelona Symphonies, the Dresden, Israel and Netherlands Radio Philharmonics, and the Spanish National Orchestra, and returns to the Bayerisches Staatsoper for performances of Boris Godunov in the prestigious summer Festspiele.

Vasily Petrenko has established a strongly defined profile as a recording artist. Amongst a wide discography, his Shostakovich, Rachmaninov and Elgar symphony cycles with the Royal Liverpool Philharmonic Orchestra have garnered worldwide acclaim. With the Oslo Philharmonic Orchestra, he has released cycles of Scriabin’s symphonies and Strauss’ tone poems, and selected symphonies of Prokofiev and Myaskovsky.

The tragedy unfolding in Ukraine is already one of the greatest moral failures and humanitarian disasters of our century. The historic and cultural ties between the Russian and Ukrainian peoples, of which I am proud, can never be used to justify Russia’s invasion. In...

Vasily Petrenko & RPO Tour the US in January 2022

Vasily Petrenko and the Royal Philharmonic Orchestra embark on a US tour in January 2022. Taking place during the orchestra’s 75th  anniversary, the tour will also be the first of such a scale with Petrenko since he took up the role of our Music Director in August...

“Petrenko’s reading with the HK Phil was a doozy, and one for the books. His long, fluid arm and hand movements – reminiscent of the poise and panache of the great Carlos Kleiber – coaxed the most graceful of musical arcs, creating endless space for the strings to surge passionately, which they did […] But ultimately it was Petrenko’s innate ability to maintain continual musical tension in a thoughtful, purposeful and unflashy manner that impressed deeply.”

“Petrenko stamped his authority all over the work: a fine sense of lyrical line matched the clarity of structure, but most deeply engaging was his control of the changing mood and temperature. Manic, ecstatic, passionate, tender, urgent: Petrenko brought a core integrity and logic to Mahler’s outpouring of music.”

“Other Russian conductors have given us valuable perspectives on Elgar: Yevgeny Svetlanov and Gennady Rozhdestvensky in particular. But this is more than that. [A] sense of the long, fluid, intensely (but never exaggeratedly) expressive line, […] rich in mood and character, strong in overall conception… […] The lasting impression is of a conductor with an intelligent, informed but deep love of this music.”

“To judge by the fire and precision that Petrenko brought to the Ninth Symphony, this was a season-starting cycle to treasure. Petrenko may appear a coolly restrained presence on the podium, but his orchestra played throughout with a fierce concentration that spoke of total rapport.”

“Petrenko stamped his authority all over the work: a fine sense of lyrical line matched the clarity of structure, but most deeply engaging was his control of the changing mood and temperature. Manic, ecstatic, passionate, tender, urgent: Petrenko brought a core integrity and logic to Mahler’s outpouring of music.”

“Other Russian conductors have given us valuable perspectives on Elgar: Yevgeny Svetlanov and Gennady Rozhdestvensky in particular. But this is more than that. [A] sense of the long, fluid, intensely (but never exaggeratedly) expressive line, […] rich in mood and character, strong in overall conception… […] The lasting impression is of a conductor with an intelligent, informed but deep love of this music.”

““Petrenko drew the most scorching playing from the LPO, […] handled the score’s sprawling structure supremely convincingly, effecting the sudden shifts from the grandiose to fairground high jinks to crushing violence seamlessly. [He] ramped up the tension for the long finale, again handling the vast stretches of brass bombast very well [and] balanced the comic and the vicious in Shostakovich’s sudden shifts before the symphony concluded with its spectral celesta chiming over decaying harp and strings. It was one of those priceless moments where you can sense an entire hall holding its breath. […] a shattering performance.””

“Guest conductor Vasily Petrenko and pianist Paul Lewis […] make a superlative team, well matched in terms of vigor, sensibility and a serious dedication to the highest standards of musicianship. Without indulging in eccentricity or grandstanding, pianist and conductor managed to make a fresh experience of the well-worn score [Beethoven’s Emperor Concerto]. […] The strong musical and personal rapport Petrenko appears to enjoy with the orchestra musicians inspired a performance of Rachmaninov’s [Symphonic Dances] that was rich in color, brilliance and idiomatic feeling.[…] it all felt convincing. The CSO came through with an ardor and precision to match Petrenko’s own.”

“The miracle of this performance is the thoughtfulness and sense of inner repose that Petrenko hears in the quieter music [of Shostakovich’s Symphony No. 7], […] The young maestro wields magisterial control over the overarching shape of this once despised, now rehabilitated and thrillingly dramatic symphony, with sensational results. Petrenko presides over a golden age of music-making in Liverpool. “

“Petrenko has re-thought the symphony from the ground up; and there is not a second-hand thought in his concept and realisation. The precise word for this flawless and seamlessly sustained interpretation is &quot;epic&quot;: in its tempos (unhurried) and particularly in its depth and extremely long-range view. It is both gripping and shattering, mellifluous and volcanic, unfolding like a landscape of the soul. “

“[Petrenko] inspired the orchestra to go well beyond its normal megawatt virtuosity, and this made for a blistering account of the Shostakovich. […] He built the brooding melancholy of the first movement slowly and purposefully, scaling each climax so it registered even more intensely than the one before. […] Seldom has the trajectory to the hollow triumph of the final pages been more exactingly plotted, or more excitingly conveyed. The orchestra gave Petrenko everything he asked for, and more. “

“[This] was a remarkable account of a great British symphony – Elgar’s First. We know how gifted Vasily Petrenko is from his sterling work in Liverpool but I could not have predicted how sensitively and instinctively he would embrace the character of this tremendous work, how excitingly he would grasp the sweep and volatility of it. For want of a more elegant phrase, Petrenko knew precisely how the music went. And that’s something you don’t learn but feel. […] Undoubtedly one of the great symphonic performances of 2012.” 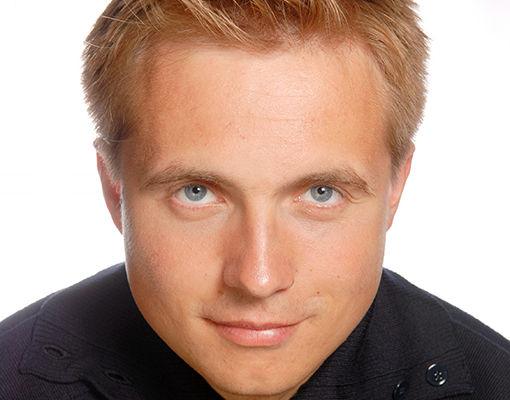 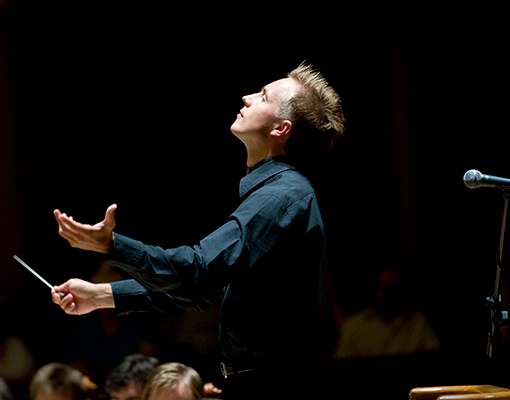 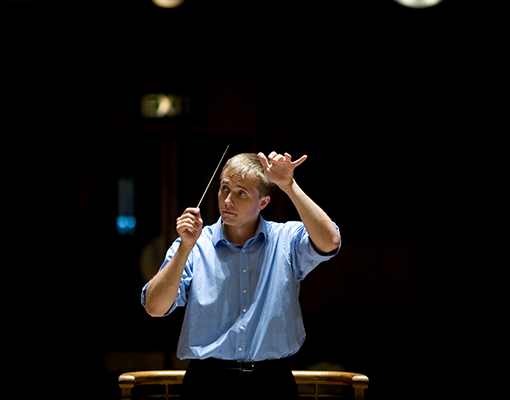 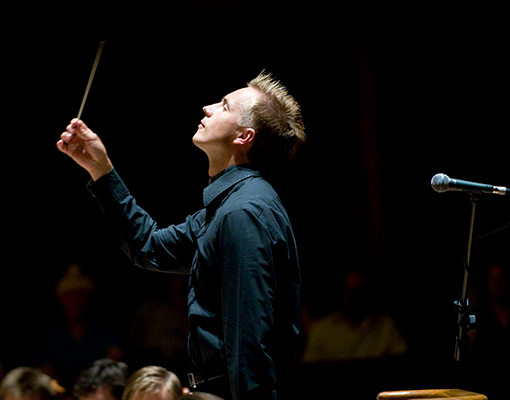 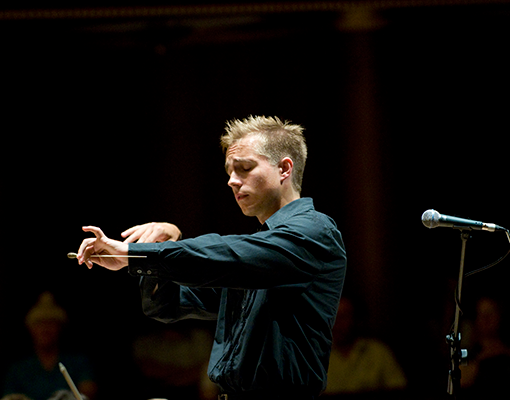 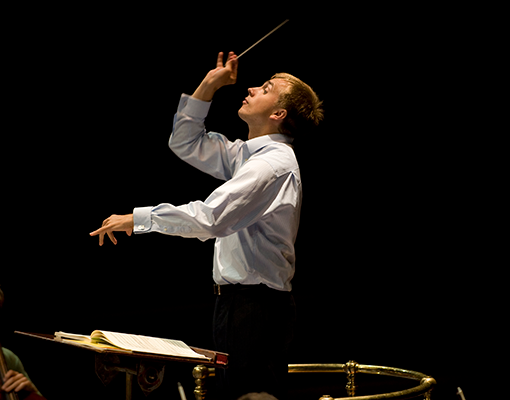 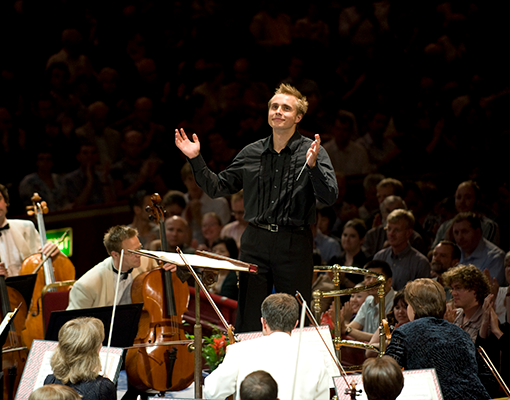 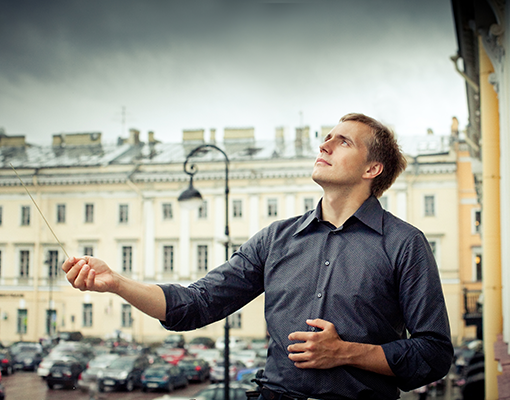 Stravinksy: The Rite of Spring