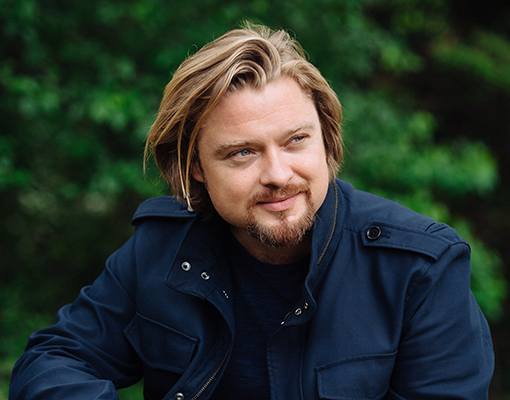 Russian-born Viktor Antipenko, praised for his effortless, expansive sound, and excellent technique, continues to sing leading roles to great acclaim and has become a tenor to watch in the dramatic repertoire. During the 2021-22 season, Mr. Antipenko sang Don José in Bizet’s Carmen with Arizona Opera under the baton of Christopher Allen, covered the role of Pinkerton in Madama Butterfly at the Metropolitan Opera led by Alexander Soddy and made his debut as Radames in Aida with Israeli Opera in Tel Aviv.

Mr. Antipenko finished the 2020-21 season singing Siegmund in an Act 1 concert of Die Walküre at the Frischluft und Musick Festival Ortenau alongside Günther Groissböck and Cornelia Beskow under the baton of Michael Güttler. Previously that season he was scheduled to sing the title role in Wagner’s Parsifal with Canadian Opera Company; Prince Vsevolod Yuryevich in Rimsky-Korsakov’s The Legend of the Invisible City of Kitezh with Chicago Opera Theater; a return to Theater Dortmund to sing Siegmund in Wagner’s Die Walküre; and Comte Vaudémont in Tchaikovsky’s Iolanta at the New National Theatre Tokyo of Japan before the pandemic forced their cancellations. In the 2019-20 season, he sang Prince Guidon in Rimsky-Korsakov’s The Golden Cockerel at Dallas Opera; the title role in Samson et Dalila at Tiroler Landestheater in Innsbruck; Florestan in Beethoven’s Fidelio with Theater Chemnitz; Gabriele Adorno in Verdi’s Simon Boccanegra with Tiroler Landestheater; Siegmund in Wagner’s Die Walküre for Theater Chemnitz; and a Don José in Carmen for a semi-staged concert version at Lotte Concert Hall in South Korea.

Mr. Antipenko studied voice and choral conducting at the Glinka Choral College in St. Petersburg. After graduation he joined the Mariinsky Theatre, performing as a choral and solo artist. In 2007 he graduated from the Saint Petersburg Conservatory. From 2009-2012 he studied at the Academy of Vocal Arts in Philadelphia with Bill Schuman.

Lohengrin, Theatro Municipal de São Paulo, Brazil
Soaring above everyone with great majesty was Viktor Antipenko, who owns the perfect physique for the role of the Knight, – a great posture and golden hair. This Russian exhibits clear articulation and beautiful tone perfectly suited to the fabric, embodying force and tenderness in his Lohengrin. His interpretation of the ultimate Mein lieber Schwann brought tears to my eyes.

Madama Butterfly, Opera Las Vegas, Las Vegas, Nevada
U.S. Navy Lt. B. F. Pinkerton is one of operas’ worst scoundrels and tenor Viktor Antipenko was so convincing in the role that he received a couple of heartfelt boos at curtain. His voice was so beautifully assured that you wanted to believe he was a changed man because of Cio-cio San’s devotion.

Lohengrin, Opéra de Rouen Haute Normandie, France
Viktor Antipenko is the great revelation of this production. This young Russian tenor dazzled the audience with his beautiful voice of great power, which is just as beautiful in the top as in the bottom, but also because of his physical presence. Plus he is young and handsome, exactly as the character should be. I am not alone in thinking that we will soon see him in the large Wagnerian roles. I’ve seen this opera three times including the Savonlinna festival in Finland, one of the greatest producers of Wagerian operas, and this is by far the best Lohengrin I’ve ever heard.
Annie Braunstein, Publics de l’Opera de Rouen, May 13, 2015

Lohengrin, Opéra de Rouen Haute Normandie The Headline:
Last Night At L’Opera de Rouen, Richard Wagner’s Lohengrin Included A Revelation: The Russian TenorViktor Antipenko – A Very Great and Handsome Lohengrin! The Review: Last night Viktor Antipenko, who was born in Saint Petersburg where he studied music, interpreted for the first time in his young career, a character and a role made for him! This young tenor (barely thirty) has shown his talent! His qualities are numerous: a clear and intelligent presence, an excellent actor, a very beautiful and very powerful voice in all registers of extremely easy and brilliant sound with good bass notes through a very admirable middle range! His tone is very beautiful, reminding me or Georges Thill! He sings with ease, effortlessly from beginning to end, without showing any fatigue (which is often the case). He will probably [have] a great career in the category of “heldentenor” and I take the bet that in two years he will sing at BAYREUTH!  Andrè Junement, Publics de l’Opera de Rouen, May 14, 2015

Don Jose, Yury Bashmet Festival at The Winter Theatre, Sochi, Russia:
Viktor Antipenko was the most admirable. He was passionate and has shown glorious vocal range. As Don Jose he was most convincing, even by the dramatic play standarts.
Vadim Ponomarev, newsmuz.com, February 19, 2015

Don Jose, Bolshoi Theatre, Moscow, Russia:
Viktor Antipenko is already familiar to the Moscow audiences as, in all respects, worthy Don Jose. If anything has changed in his voice during the last few years, then it’s only for the better!
Fedor Borisovich, operanews.ru, March 16, 2014

‘Tchaikovsky is Forever: Operatic Arias and Romances’ at The Embassy of Austria, Washington DC, USA:
…Tenor Viktor Antipenko continuing the drama with “Hermann’s Aria,” joined Conte onstage to avow his eternal love, imploring both Lise and heaven to “be merciful as I die” should she spurn him. The tuxedoed Antipenko (the women were gowned), his fair hair and mustache, blazing blue eyes and heroic stance making him the picture of Romantic Russian chivalry, nailed “Kuda’s Aria,” his own top note an achingly, gloriously searing lament. As to Antipenko, he owned “Lensky’s Aria,” his golden tones edged in soldered brass, his delivery so heartfelt, so incisive and so uncompromising, it was as if he had become Lensky, and was demanding that we tell him “Where, oh where have you gone, golden days of my youth?” and respond to his perfervid calls to his beloved, to whom he had “devoted the sad dawn of [his] storm-tossed life!” This writer found tears coming to her eyes even before she looked at the translation. When she did . . . it was all over for her. Fortunately, the first half of the program was also over, allowing those of us who’d been swept away by the sounds and emotions of the preceding hour to gather our forces in preparation for part two. With “Coral Beads” Antipenko went from passionate anticipation to the depths of despair, from a clarion top note to a muted disbelief and then, acceptance; then held nothing back in an explosive paean to the glories of his loved one in “No, I Will Never Name Her.”
DCMetroTheaterARts.com, Washington December 8, 2014

Erik, Bolshoi Theatre, Moscow, Russia:
Remarkable Erik, Viktor Antipenko, a real tenor and a dramatic actor, has shown his internal strength, passion (not the Italian style) and the power of his voice. Turns out we have real tenors!
Obshaya Gazeta, October 21, 2013

Erik, Bolshoi Theatre, Moscow, Russia:
A young tenor, Viktor Antipenko, debuted as Erik in Der Fliegender Holländer at the Bolshoi this evening. He is a graduate of the St. Petersburg Conservatory and the Academy of Vocal Arts in Philadelphia. Viktor demonstrated command of his voice, endurance and style.
Nezavisimaya Gazeta, October 24, 2013

The Two Tenors at the Chapel, Recital:
Mr. Antipenko began with the opening aria from Verdi’s Ernani. Instantly one recognized the sure, rich tones of a lyric- dramatic tenor. This stirring rendition was followed by his gripping interpretation of the Flower Song from Bizet’s Carmen. …Mr. Antipenko then offered a Russian piece, Rachmaninoff’s dazzling “Spring Waters,” book-ended by two Spanish pieces. This particularly thrilling group led off with a virtuoso account of the popular “Granada.”
Charles Wanner, The Putnam News, Putnam County, NY, August 29, 2012

Carmen, The Allentown Symphony, Allentown, USA:
[Viktor] Antipenko portrayed the passion of a spurned lover with frightening realism, especially in the final act, when he charges a Carmen, knife in hand, like an enraged bull.
Steve Siegel, The Morning Call, Allentown, PA, February 13, 2011 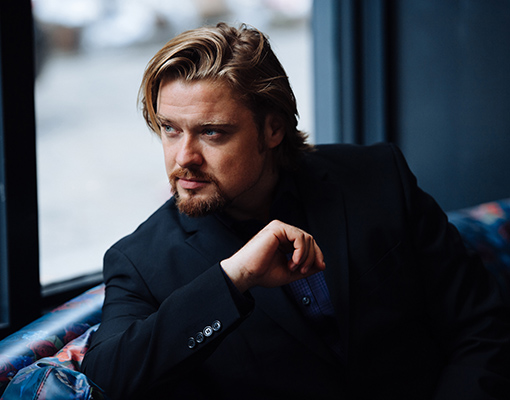 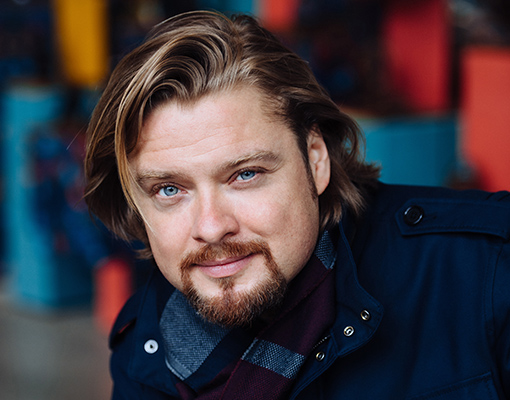 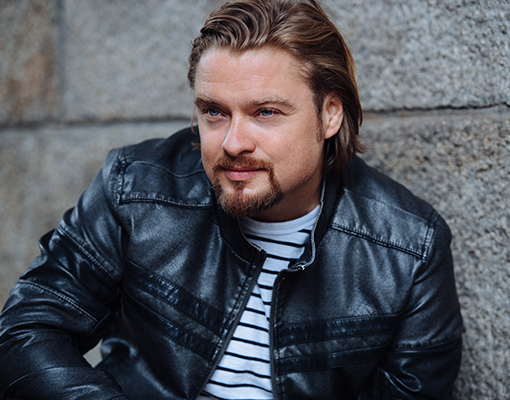 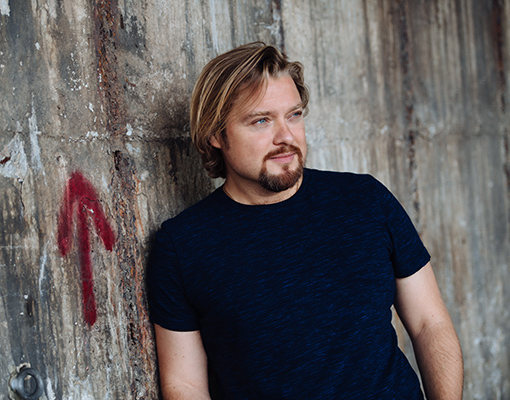