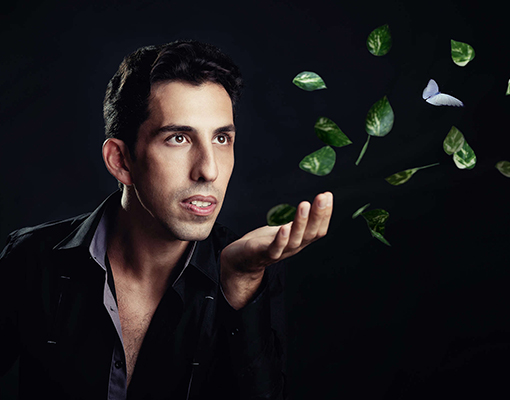 Vitaly: An Evening of Wonders

Master illusionist Vitaly has mystified fans from all over the world, including Las Vegas superstars Penn & Teller whom he has successfully fooled in their hit TV show, Fool Us. From bringing pictures and drawings to life to erasing people from their own driver’s licenses, Vitaly’s signature illusions leave even the most jaded audience awestruck with many of them coming back to re-experience his jaw-dropping feats.

Reputed as “one of the most captivating and enjoyable illusionists performing in the world today” (Chilliwack Progress), Vitaly breathes innovation and artistry into the field of magic. He invented and designed every single illusion in his stage show, An Evening Wonders, treating spectators to a theatrical entertainment not seen anywhere else in the world. Not only do they witness the elegant rendering of the impossible, they are also charmed by Vitaly’s engaging personality and genuine desire to partake in his amazing acts.

Now based in Vancouver, Vitaly has garnered rave reviews and has appeared on CBC, The Huffington Post and The Province, which has crowned him “the master of his own magical domain.” He continues to amaze people all over the world.

Vitaly was 14 when he discovered his passion for magic. Soon he was developing his own material, entertaining his friends and family. Years later, he would abandon a career in engineering to focus on rebuilding people’s childlike sense of wonder and bridging the gap between dreams and reality.

As a keen observer of human behavior, Vitaly offers a show that is far more than about magic. It goes beyond illusion to encompass the realization of our dreams and the celebration of the human spirit. With the belief that we are only limited by our own imagination, the audience gets to experience the sensation that nothing is impossible,  getting a glimpse of how life could be if there were no limitations.

In addition to his theatre shows, Vitaly also provides corporate entertainment services and customized shows for galas, conferences, and other corporate parties and special events in Vancouver, BC, as well as worldwide.

About An Evening of Wonders

He stumped Penn & Teller on their hit TV show Fool Us. He has amazed and entertained audiences from all over the world. He is hailed as one of the most unique and innovative illusionists in the world. Now Vitaly Beckman brings his latest and most ambitious production to the stage with An Evening of Wonders after a wildly successful off-Broadway run.

Combining breathtaking visuals with Vitaly’s captivating style, An Evening of Wonders is an interactive theatrical experience that takes the audience on a magical journey. Along the way, Vitaly blends art and illusion to illustrate the story of his transformation from a boy with a dream to a man with a vision—the vision of a world where the rules of reality do not exist. In this world paintings spring to life, photographs become mini-movies, and audience members see their faces vanish from their own driver’s licenses. Even time itself reverses as bare broken branches visibly repair and renew themselves with the green leaves of spring.

Featuring some of the most original illusions ever witnessed—many of which touch on tender topics such as love, loss, and growing old—Vitaly’s An Evening of Wonders does more than entertain. It moves, inspires, and instills within all who experience it a fresh perspective on life and a greater realization that ours is a world of beauty and wonder. 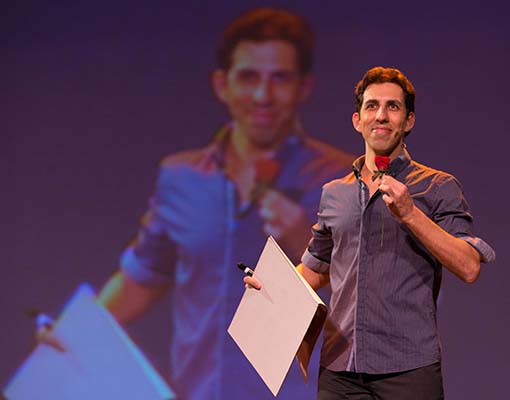 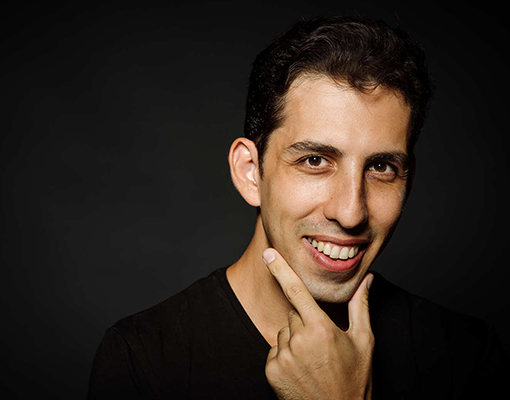