Join us for an unforgettable evening as we celebrate 100 years of Disney through the lens of Jazz. From Snow White to Lady and the Tramp, Mary Poppins and Toy Story to The Jungle Book, popular songs from these famous films have been interpreted and recorded by Disney music fans such as Louis Armstrong, Miles Davis, Dave Brubeck, Dianne Reeves and many more. Now in When You Wish Upon a Star, The National Jazz Museum in Harlem has formed a house band led by their own rising star, Sean Mason, to bring these famous songs to life. “Someday My Prince Will Come,” “He’s a Tramp,” “Everybody Wants to be a Cat” and “The Bare Necessities” are just a few of the iconic songs which will be celebrated as we look back on the impact of jazz on 100 years of Disney magic!

This production is not affiliated with, sponsored, or authorized by The Walt Disney Company 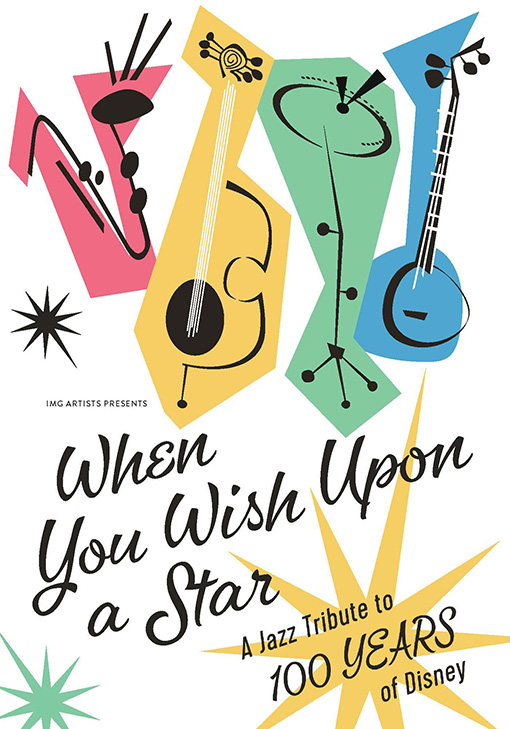