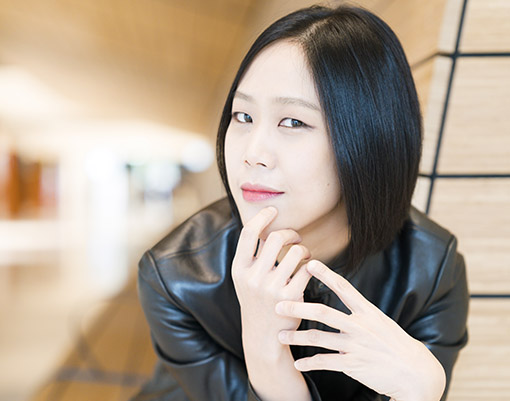 Multi-award-winning South Korean pianist Yeol Eum Son is famed for her power, her poetry and her remarkably perceptive playing. Her graceful and timeless interpretations, crystalline touch and versatile, thrilling performances have caught the attention of audiences worldwide. She is highly regarded as a brilliant virtuoso whose playing has a rare balance between enormous kinetic energy and substantial gravity. Yeol Eum performs all over the world as a recitalist and soloist with orchestras. An avid chamber musician, in 2018 Yeol Eum was appointed Artistic Director of Music in PyeongChang. Festival being responsible for programming both summer and winter editions at the Olympic site in PyeongChang.

Across 22/23 season, Yeol Eum will feature as Artist in Residence with the Residentie Orchestra in the Hague. During her residency Yeol Eum will have several opportunities to present her rich artistry by interpreting piano concerti by Mozart, Gershwin, Ravel and Saint-Saëns. Among notable 22/23 season highlights are debuts with the BBC National Orchestra of Wales, Scottish Chamber Orchestra, Finnish Radio Symphony,  NDR Radiophilharmonie Hanover, Orquesta Sinfónica del Principado de Asturias and Musikkollegium Winterthur. Beyond Europe, this year Australian and Asian audiences will have the opportunity to hear Yeol Eum live for her concerti debuts with the Melbourne, Sydney, Tasmanian and Singapore Symphony Orchestras. In Northern America, following recent debut with the San Diego Symphony, Yeol Eum looks forward to her debuts with the Detroit Symphony and the Saint Paul Chamber Orchestra.

Widely recognised for her interpretation of Mozart’s Piano Concerti, Yeol Eum has won over the hearts of the British audience through her moving debut performances with the BBC Philharmonic at the Royal Albert Hall in summer 2019 (Mozart’s Piano Concerto No 15); CBSO debut in Birmingham (Mozart’s Piano Concerto No 21) and at London’s Cadogan Hall with the Academy of St. Martin in the Fields (Mozart’s Piano Concerti No’s 8 & 21). Her London debut coincided with Onyx CD release of a highly acclaimed all-Mozart recording featuring Mozart’s Piano Concerto No.21 with the Academy of St Martin in the Fields under Sir Neville Marriner for whom it was the very last recording. According to The Times Yeol Eum Son is a model of clarity and fleetness whilst Gramophone called the recording an uncommonly fine Mozartian debut. Shortly before the global pandemic, Yeol Eum’s debut at Liverpool’s Philharmonic Hall with the Liverpool Philharmonic (Beethoven’s Emperor Concerto) was met with high acclaim for which Johanna Roberts wrote: Yeol Eum Son throughout demonstrated the technical excellence partnered with lyrical sensitivity that have made her one of the most sought-after concert pianists in a virtuoso performance that was much appreciated by the audience. During her UK tour with the Iceland Symphony Orchestra in spring 2020, Yeol Eum returned to London’s Cadogan Hall and debuted at Edinburgh’s Usher Hall and at Basingstoke’s the Anvil Concert Hall interpreting Ravel’s Piano Concerto for the left hand.

Amongst most notable recent recital highlights are debuts and re-invitations at Porto’s Casa da Música, Belgrade’s Kolarac Concert Hall, Nieuwe Kerk in The Hague, Estonia’s Concert Hall within Tallin Piano Festival, the Lithuanian National Philharmonic Hall, Helsingborg Piano Festival, International Piano Series Fribourg, Luzerne’s KKLSaal, Istanbul Recitalleri, Moscow’s House of Music, the San Francisco Chamber Music Society, the Phillips Collection in Washington DC and Scottish recital debut at the East Neuk Festival for which The Scotsman presides Yeol Eum for having found that vital emotional connection with the music and physically embracing its raw energy and dynamic extremes with ferocious virtuosity. As a chamber musician across 21/22 season, Yeol Eum collaborated with Quatuor Modigliani at the Haus der Musik Innsbruck as well as with the Belcea Quartet at Gare du Nord in Basel.

Yeol Eum’s most recent recital recordings include an all- Kapustin Onyx release (2021) marking a year since the composer’s death and celebrating his remarkable contribution to the piano repertoire; Schumann focused release on Onyx (2020) featuring Fantasy in C – Kreisleriana – Arabesque and a DECCA release (2016) entitled Modern Times- featuring solo piano music written between 1910-1920 by Berg, Prokofiev, Stravinsky and Ravel.

Yeol Eum is Honorary Ambassador of the Seoul Arts Center and her home city of Wonju. A double Second Prize winner of the Tchaikovsky International Piano Competition in 2011 and at the 13th Van Cliburn International Piano Competition in 2009. She was a student of Arie Vardi at the Hochschule für Musik Theater und Medien Hannover in Germany. She holds a degree from the Korean National University of Arts.

Pianist Yeol Eum Son began her Australian debut tour with a recital performance for the 2022 Harris International Piano Series in Adelaide on 19 August. The programme featured an eclectic programme comprised of Guillaume’s 3 Pièces for Piano, Stravinsky’s The Firebird...

Following a highly successful Basel debut with the Belcea String Quartet at Gare du Nord earlier this season, Yeol Eum Son returns to Basel for her debut with Sinfonieorchester Basel on 1 and 2 June at Stadtcasino Basel, performing Maurice Ravel’s Piano Concerto in G...

Yeol Eum Son, who makes her Amsterdam Concertgebouw recital debut on 7 May, has just been announced as Artist in Residence throughout 22/23 season with the Residentie Orkest , Den Haag. Together with chief conductor Anja Bihlmaier, Yeol Eum Son opens the Dutch... 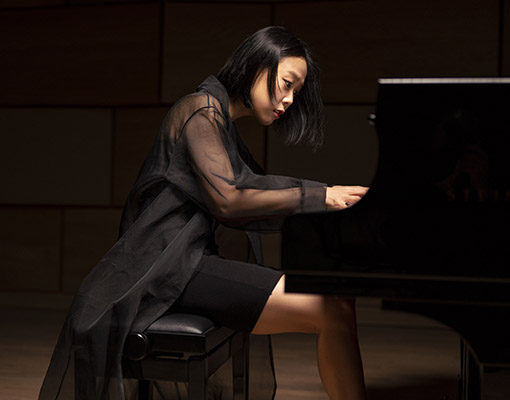 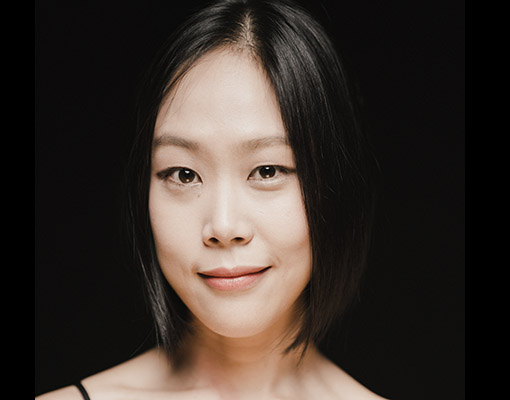 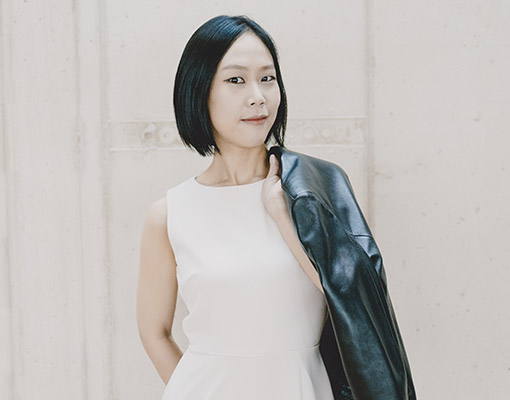 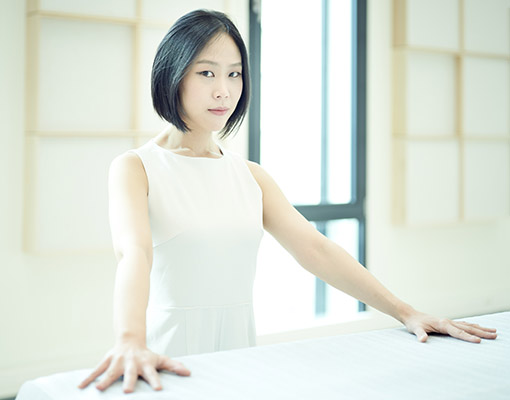 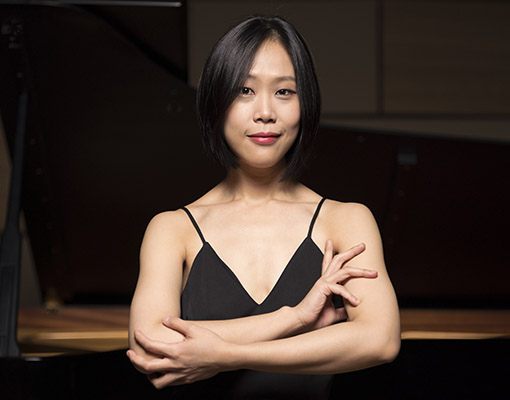 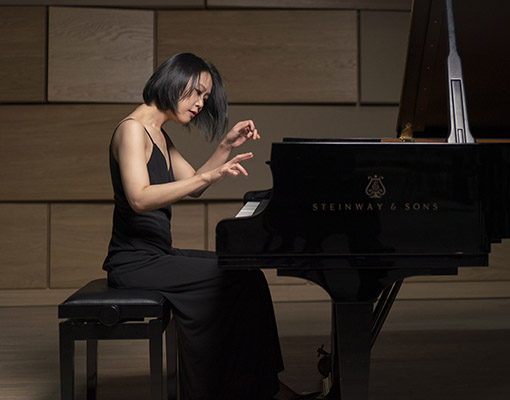 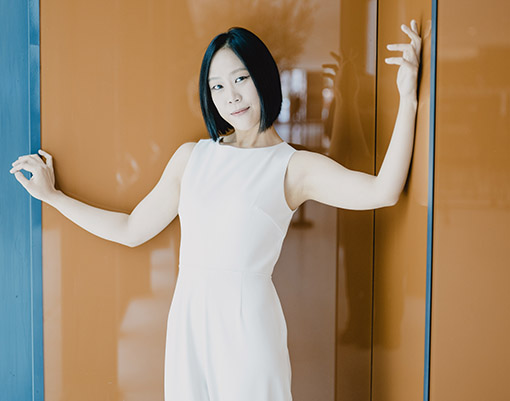 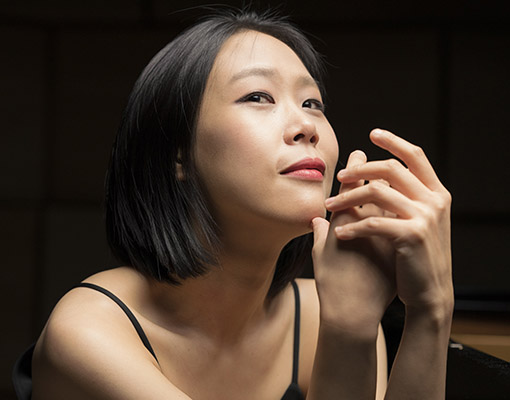 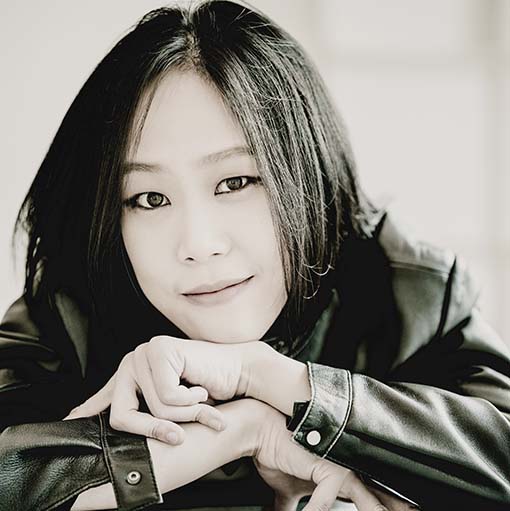 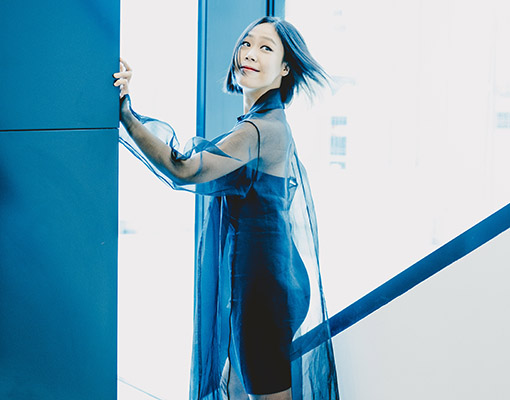 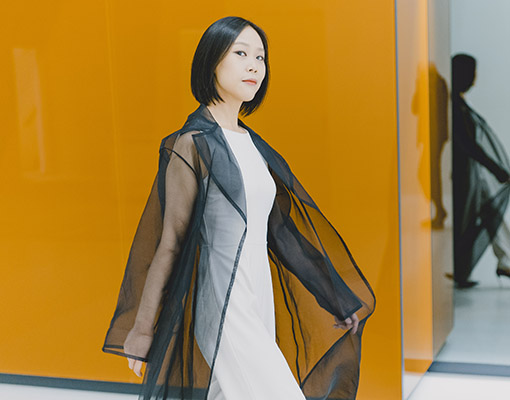 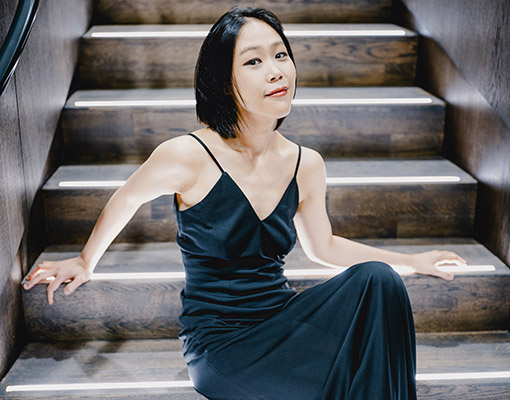 “They were joined by the South Korean pianist, Yeol Eum Son, for Salonen’s 2007 three-movement Concerto. Written originally for the Israeli-American pianist Yefim Bronfman, it is consequently robust, physically intense and fiercely virtuosic. Eum Son had no problems making it her own, matching its muscular demands with a gracefulness that was mostly effective in the numerous conversations the soloist engages in with single instruments.”

The best performances of Nikolai Kapustin’s through-composed jazz-influenced works come from that rare breed of pianists who possess both a transcendental classical technique and a feel for jazz time keeping. Yeol Eum Son is one of those pianists … Small wonder that Kapustin himself encouraged Son’s advocacy. A delectable and sonically superb addition to the Kapustin discography.

… Son was astonishingly dextrous in Ravel’s one-handed dashes up and down the keyboard, but also balanced a granitic power with a sense of melting poetry, her solo passages exquisitely shaped and delivered with calm conviction…

…The young pianist doesn’t show her virtuosity as flamboyantly as other young musicians because she is entirely wrapped up in interpreting the composer’s ideas. She has a brilliant, crystal clear articulation, typical of which was her bringing out the nimbly pronounced sardonic idea – backed by marvellous orchestral playing, yet again helped by splendid playing from the wind section, with a burnished hue from the brass. The colourful jazz inflections from the contra-bassoon of Brjánn Ingason were shared throughout the orchestra. The march aroused a magical ambience with brilliance from both soloist and orchestra, creating the ultimate burst of colour in the closing bars. As an encore the magnificently gifted Son played Moszkowski’s Valse in E major Op.34, No.1: at last we could hear the Korean’s complete musicality in full!…

“Performing Chopin Piano Concerto No.2, Yeol Eum Son had power and passion, fireworks and drama aplenty, but for me the true magic was in the music’s more introverted passages. The opening of the slow movement was exquisite, with both orchestra and pianist seeming to explore the inner reaches of the soul. This movement was all about the joy of the journey, with the arrival almost an afterthought.”

“A complete success… Yeol Eum Son gave a highly sensitive demonstration of her appreciation for contemporary repertoire, displaying incredible pianissimo on her instrument, which once again dazzled the almost full house.”

“Next came Maurice Ravel’s Piano Concerto in G major – this demanding work requires extraordinary concentration and virtuosity from the soloist. Yeol Eum Son impressively proved that she has these qualities with her spirited interpretation. With almost tender touches of the keys, Yeol Eum elicits the slightest sounds from the instrument, only to reach into the keys again in the next moment. The result was an exciting reproduction at the highest level. Therefore, it is not surprising that the pianist is a popular artist in the large concert halls.”

“The whizz-bangs came later. South Korean pianist Yeol Eum Son, who has previously collaborated with Wellber, has gained a reputation as a fine interpreter of Mozart, and on this performance it was easy to see why. Son mixed serenity with calm assertion, with a delicate but confident touch and an almost dream-like quality, particularly in the Andante, while also creating breathing space amongst all of Mozart’s technical intricacies.” (BBC Proms Debut)

“…this stunning performance of his 5th piano concerto with the orchestra led by Andrew Manze, the principal guest conductor, and Yeol Eum Son, the award-winning South Korean soloist, making her debut in Liverpool, was outstanding…Yeol Eum Son throughout demonstrated the technical excellence partnered with lyrical sensitivity that have made her one of the most sought-after concert pianists in a virtuoso performance that was much appreciated by the audience.“

“Shrouded by the orchestra’s romantic swooshing and whispering, Yeol Eum Son devotes herself to her dreaming, and Kitajenko follows her in absorbing the emotional impulses of the piano with seismographic sensitivity, to transmit the joint pulse, the joint breath to the entire orchestra . A musical experience of the deepest mutual understanding is portrayed, a truly magical moment.”

“There were times when the orchestra threatened to crush the delicacy of Yeol Eum Son’s playing in Ravel’s Piano Concerto for the Left Hand, but the Korean pianist bit back with some astonishing playing. The mighty opening cadenza roiled around in the Steinway’s depths and her articulation in the jazzier sections was crisp. Bluesy muted trombone ushered the orchestra into Ravel’s hypnotic, Boléro-like groove, Tortelier leading them with boisterous swagger. Yeol Eum Son entranced in the concerto’s more intimate moments, as she did in her beautifully poised Godowsky encore – also for left hand alone…”

“Yeol Eum Son, a model of clarity and fleetness… a winning album all round.” – Mozart Piano Concerto No. 21 (Onyx)

“…this was a performance of Ravel’s Left-Hand Concerto of great strength, phenomenal (left-hand) technique and complete grasp of the Ravel sound-world.
The rapport between herself and Tortelier was miraculous – and how fabulous were the double bassoon solos, so attractively phrased. But it was Son’s playing that took the breath away, dignified, fluent, creating the most melting of sounds from her Steinway, producing suave glissandi and wondrous pedal-free staccatos. She found, and relished, the jazz overtones of the piece, too, while the cadenza positively glowed…”

“Yeol Eum Son… played with a dazzling range of dynamics, patiently giving each musical idea a semi-improvisatory spontaneity… With the first piece [Ravel’s Valses Nobles et Sentimentales] she took the listener by the collar and never let go, ranging from wispy and mysterious to a murky haze of sound in the smoky final waltz… Her showmanship came to the fore in the final work, Liszt’s “Mephisto Waltz No. 1, played with booming power and devilish ferocity in the cackling multi-trills and gossamer right-hand runs.”

“…It is also a piece (Ravel for the Left Hand) that is very eloquent with the bass sonorities of the orchestra — double bassoon, bass clarinet and the string basses — as well as the lower notes of the keyboard. All of this was exquisitely clear in a wonderful performance by the soloist with the Iceland Symphony Orchestra…” 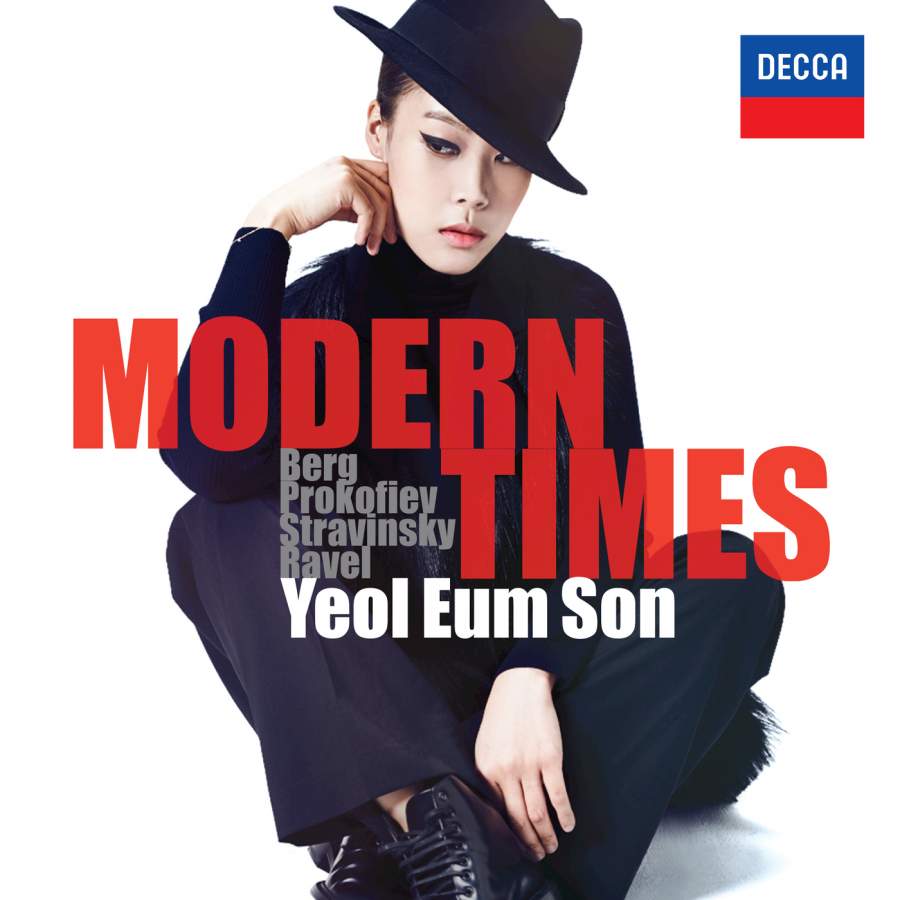 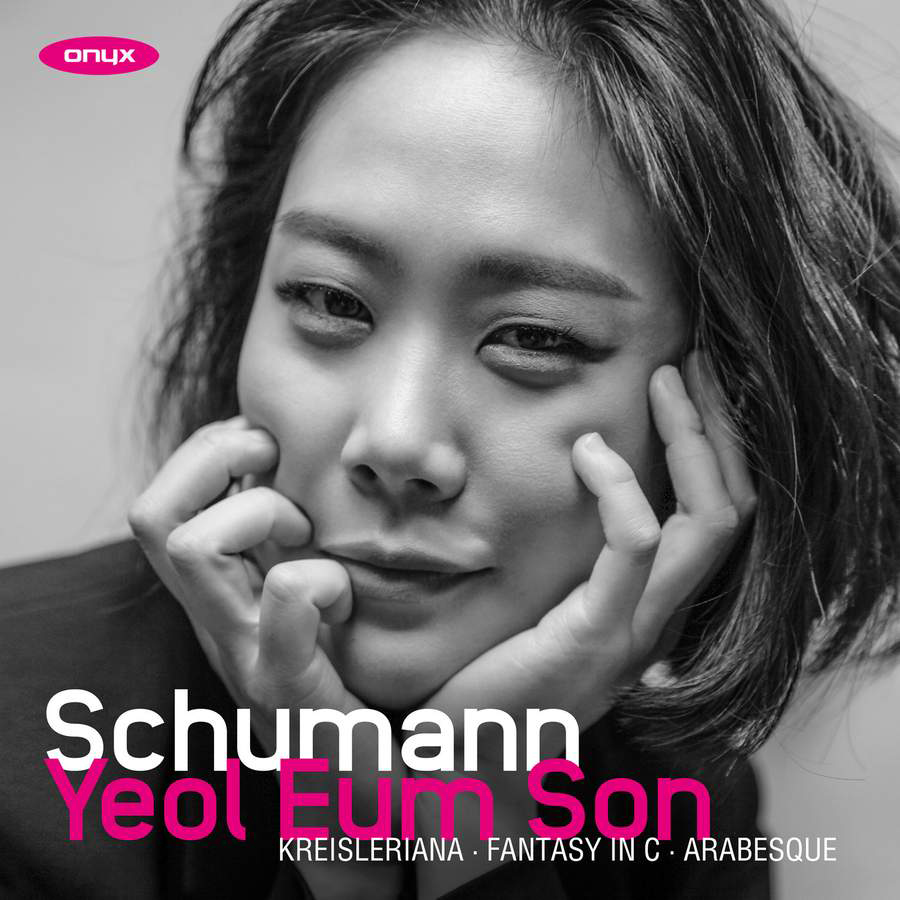 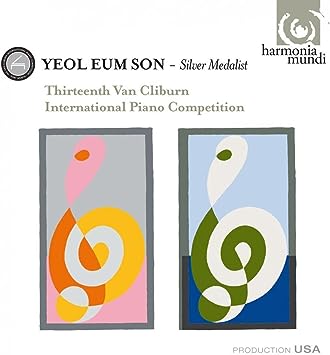 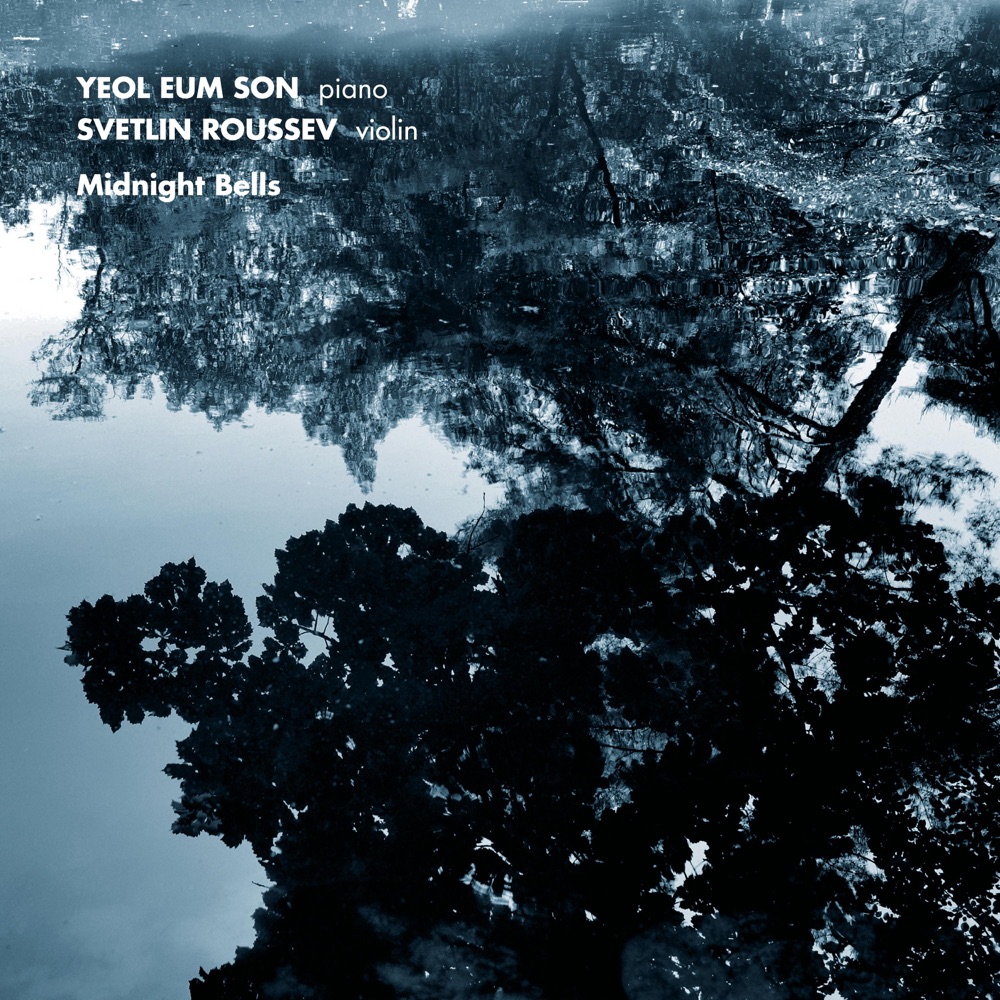 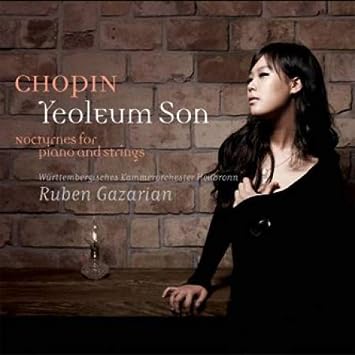 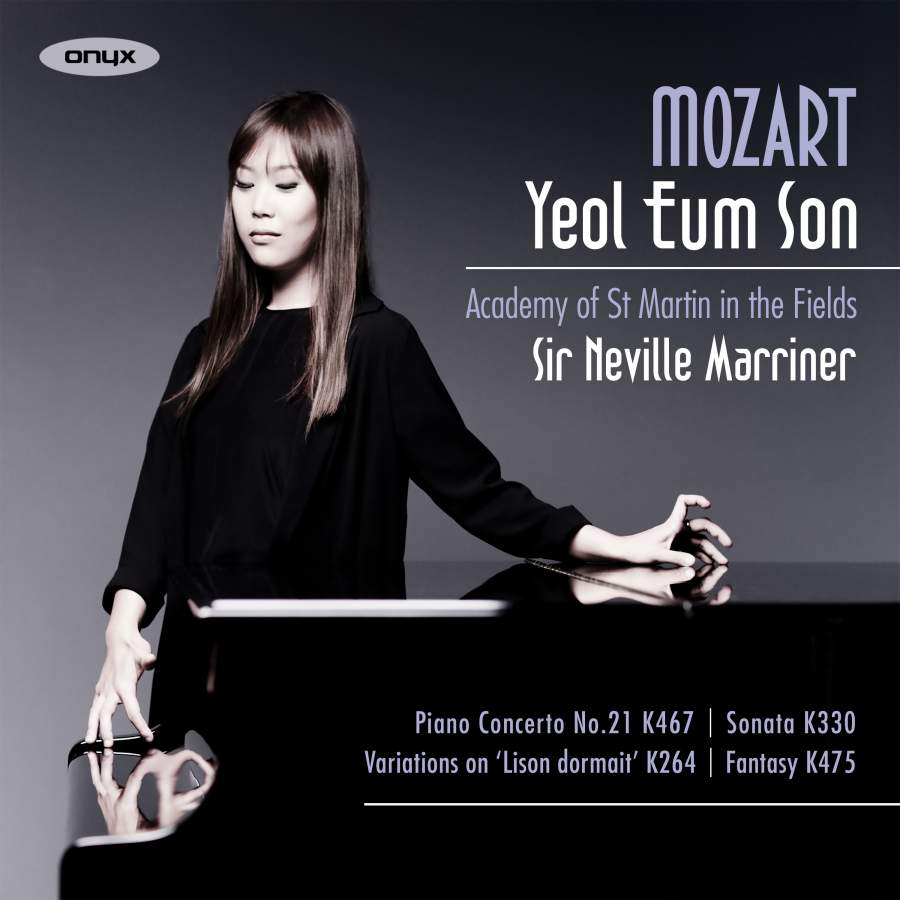