Zagreb Philharmonic Orchestra is not represented by IMG Artists 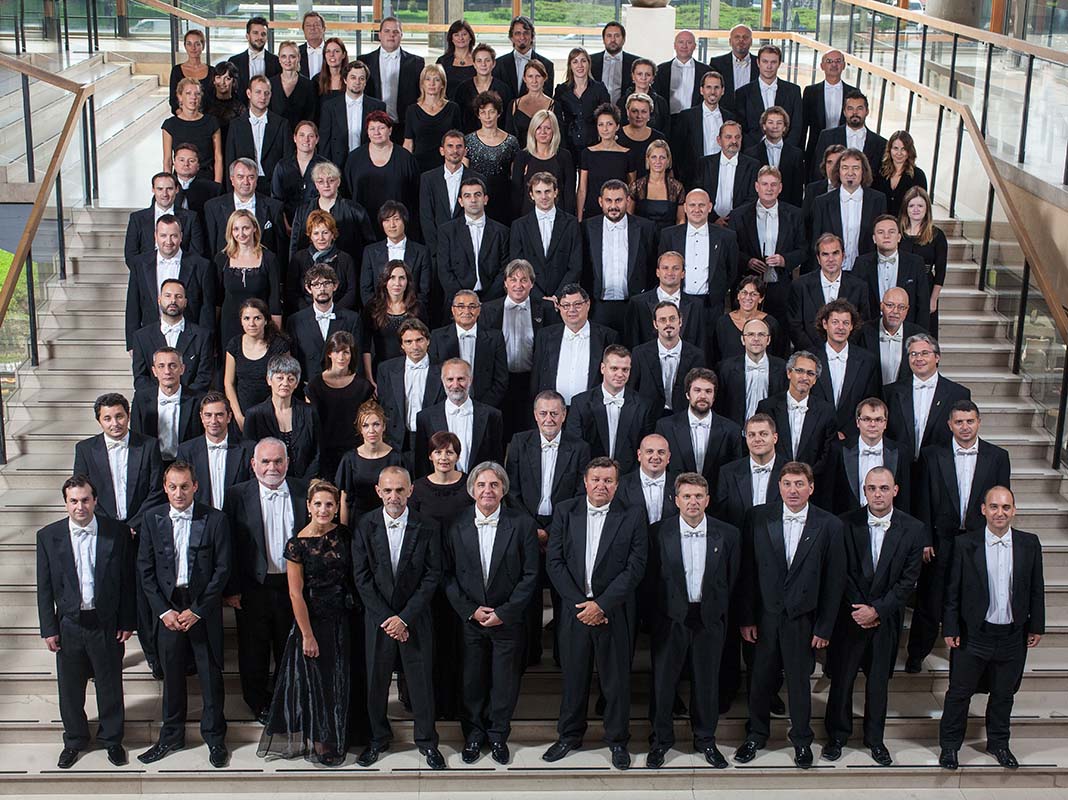 Although it has borne its current name only since 1920, the Zagreb Philharmonic Orchestra already existed as a professional orchestral body some 50 years prior.

In that century and a half, the Orchestra has been the leading promoter of music not only in the city whose name it bears, but throughout Croatia, and has been an ambassador for Croatia throughout the world.

In the last couple of seasons alone, the orchestra has performed at Carnegie Hall in New York, in Argentina, Oman, Kuwait and China as well as Vienna, Salzburg, Lisbon, Budapest, Warsaw, Krakow, Moscow, Leningrad, Rome, Dresden, Zurich and Milan.Of course, it regularly performs in its homeland, from Vukovar and Đakovo to Dubrovnik, Split and all the way to Istria.

Two performances of Mahler’s Symphony of a Thousand (in Zagreb and Ljubljana) in the last decade (2011) were especially memorable. The Zagreb and Slovenian Philharmonic Orchestras joined forces with 20 choirs from both countries along with a number of high-profile vocal soloists, resulting in a total of 1135 musicians and singers coming together to perform under the baton of the celebrated conductor, Valery Gergiev. The Zagreb Philharmonic Orchestra’s 2021-2022 season opened with its appearance in the prestigious George Enescu Festival in Bucharest, where at the end of August it shared the stage with the most prominent European orchestras such as the London Symphony Orchestra, Rundfunk-Sinfonieorchester Berlin, Milan’s Filarmonica della Scala, Münchner Philharmoniker, Orchestre National de France, and the Amsterdam-based Royal Concertgebouw Orchestra.

In addition to its national and international performances, the orchestra strives to support and nurture young musicians just beginning their musical journeys by awarding an annual Most Successful Young Musician award. The orchestra also has close links with the Academy of Music where it holds regular concerts featuring its students as soloists, conductors, and composers.

For the younger audience, the Zagreb Philharmonic holds a dozen thematic concerts each year in collaboration with the Croatian Music Youth. In the 2019/2020 season it also established a special concert series for children entitled MiniMini. Also appealing to the younger generation through its OFF (subscriber) CYCLE, the orchestra has boldly ventured out of the world of classical music with popular concerts such as Tango & Fado, Walt Disney Magic Music, Stjepan Hauser – the cello wizard, Guitar Fever by Vlatko Stefanovski and rock opera Jesus Christ Superstar.

Charity concerts are also an important part of every concert season for the Zagreb Philharmonic, recent examples of these being Step into Life, Show Love, Concert for Life in the Memory of Ana Rukavina and Vjekoslav Šutej, as are the regular Christmas concerts, Lent concerts, Philharmonic Balls, concerts for the City and Statehood Day. 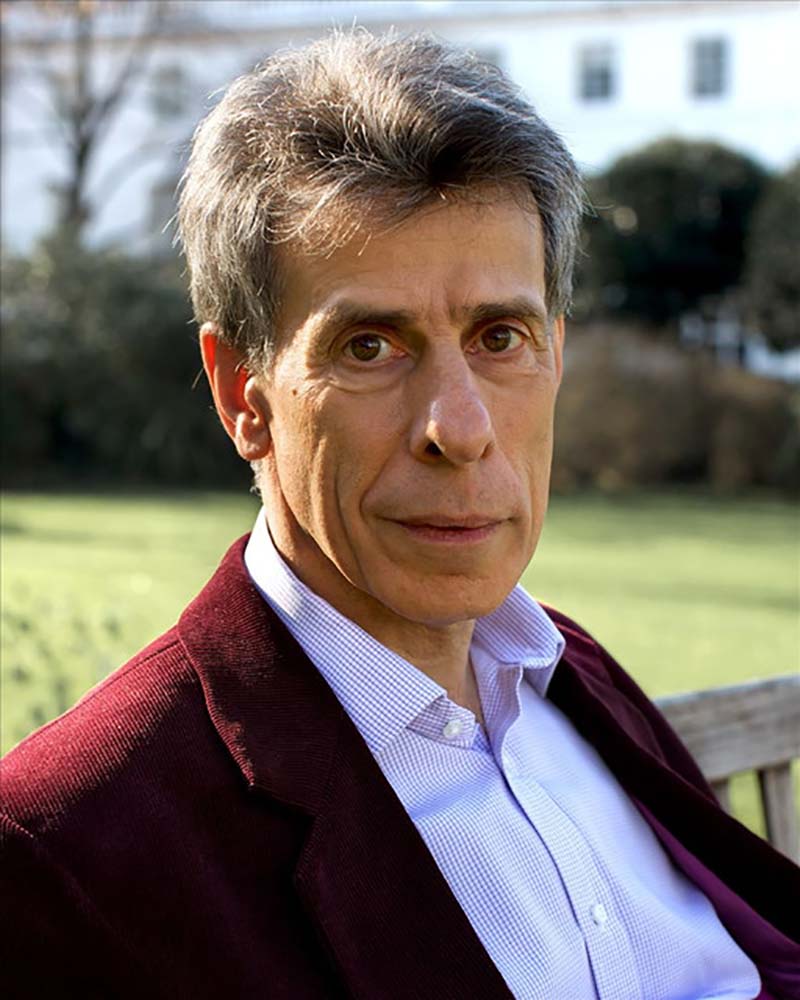 Jan Latham-Koenig is the founding Artistic Director of the Britten-Shostakovich Festival Orchestra. He has been Chief Conductor of the Kolobov Novaya Opera Theatre of Moscow since April 2011, the first Briton to hold such a post in Russia. In 2013 he became Head of its Artistic Board.

He studied at the Royal College of Music in London and started his career as a pianist, moving full-time to conducting in 1982.

In 1988 he made a sensational debut as an opera conductor with Macbeth at the Vienna State Opera and became its permanent guest conductor from 1991, giving about one hundred performances. He now regularly conducts in the world’s leading opera houses.

During his time at Novaya Opera Jan Latham-Koenig has conducted new productions of Tristan und Isolde, Il Trovatore, L’enfant et les sortilèges, Le nozze di Figaro and Salome. In January 2010 he conducted Britten’s War Requiem during the 6th Epiphany Week International Festival and in 2017 Novaya Opera was the first in Russia to present Weinberg’s seminal opera The Passenger. He has led the Novaya Opera’s tours to Israel, China and throughout Europe.

Jan Latham-Koenig has been nominated four times as Best Conductor in Russia’s prestigious Golden Mask Awards, winning in 2014 for Tristan und Isolde. Novaya Opera was nominated as Best Opera Company of the Year at the International Opera Awards in 2015 and in 2019 as Best Opera Orchestra.

Jan Latham-Koenig conducted Carmen with Tokyo Nikikai Opera Foundation, Japan’s leading opera company, in October 2019.  He is delighted to be collaborating with world-leading architect Santiago Calatrava on a new production of Poulenc’s Dialogues des Carmélites for production in Turin. It will be Calatrava’s first design for opera and will be directed by Sophie Hunter.  He will also be performing with the Arena di Verona on Zefferelli’s last unrealized production of Verdi’s Rigoletti at the Royal Opera House Oman, as well as starting an new collaboration with Cape Town Philharmonic and Opera, performing Pearl Fishers, Turn of the Screw and a series of concerts.  He will be performing Shostakovich’s Lady Macbeth at the Bellas Artes, Mexico City, and a UK tour in Spring 2022 with Tchaikovsky Symphony Orchestra of Moscow.

Jan Latham-Koenig has made over 40 CD recordings throughout his career, many of them highly acclaimed, including a Diapason d’or in 2001. 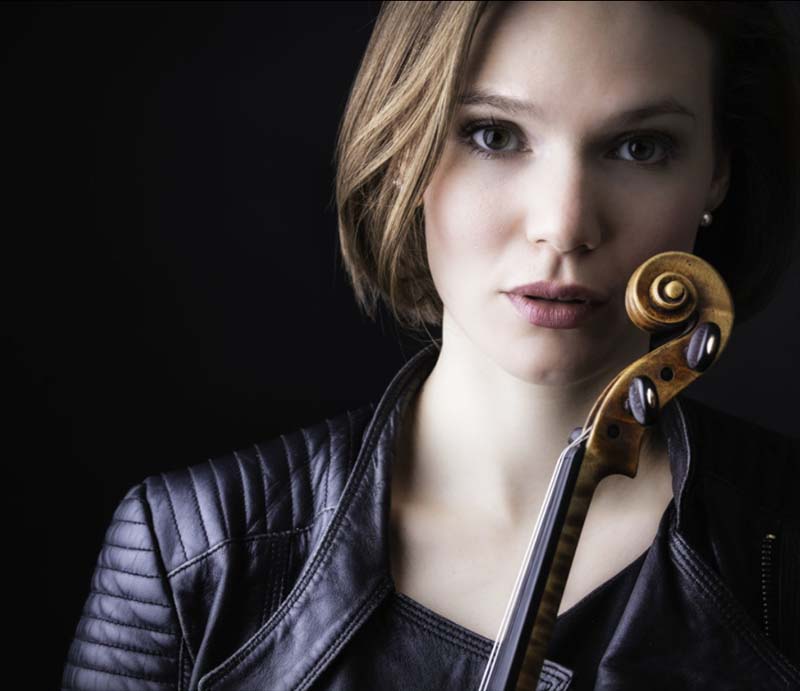 Born in London, Tamsin Waley-Cohen enjoys an adventurous and varied career. In addition to concerts with the Royal Philharmonic, London Philharmonic, Hallé, Liverpool Philharmonic, Czech Philharmonic, Yomiuri Nippon Symphony, Royal Northern Sinfonia and BBC orchestras, amongst others, she has twice been associate artist with the Orchestra of the Swan and works with conductors including Andrew Litton, Vasily Petrenko, Ben Gernon, Ryan Bancroft and Tamás Vásáry.

Her duo partners include James Baillieu and Huw Watkins. She gave the premiere of Watkins’ Concertino, and in Summer 2020 will premiere a new work for violin and piano with him at Wigmore Hall. She is thrilled to be a Signum Classics Artist. With her sister, composer Freya Waley-Cohen, and architects Finbarr O’Dempsey and Andrew Skulina, she held an Open Space residency at Aldeburgh, culminating in the 2017 premiere of Permutations at the Aldeburgh Festival, an interactive performance artwork synthesising music and architecture. Her love of chamber music led her to start the Honeymead Festival, now in its twelth year, from which all proceeds go to support local charities.

She is a founding member of the Albion string quartet, appearing regularly with them at venues including Wigmore Hall, Aldeburgh Festival, and the Concertgebouw. In 2016-2017 she was the UK recipient of the ECHO Rising Stars Awards, playing at all the major European concert halls and premiering Oliver Knussen’s Reflection, written especially for her and Huw Watkins. In the 2018-19 season she toured Japan and China, and gave her New York Debut recital at the Frick. 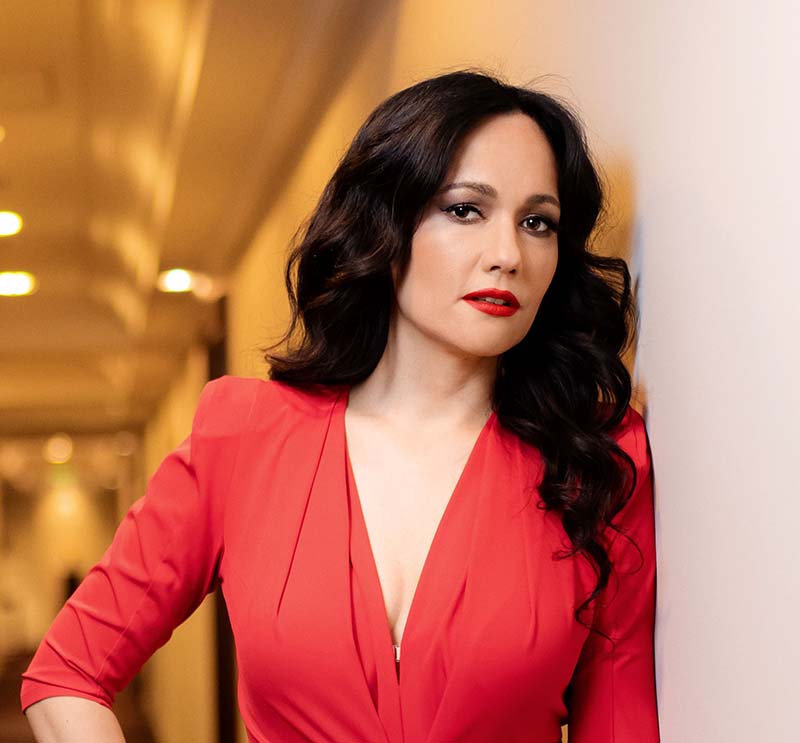 Soprano Marija Vidović commenced her music education in Varaždin (Croatia), studied and obtained her master’s degree in Vienna and Stuttgart at the University of Music and Dramatic Arts. As she is also passionate about foreign languages, she speaks German, Spanish, English and Italian, and can communicate in French and Russian. So far, she has performed in some of the most renowned concert halls worldwide, such as the famous Musikverein in Vienna, Gasteig in Munich, the Opere Bellas Artes in Mexico City, as well as at the largest international festivals of classical music in North and South America. Her unique and wonderful vocal timber combined with her personality and elegance, ideal for singing and interpreting the audience’s favorite opera roles such as that of Constance in Mozart’s The Abduction from Serail, Marguerite in Gounod’s Faust or Violetta in Verdi’s La Traviata, never escapes notice. She is a great devotee and masterful performer of the classic Lied (song).

One of the world’s most famous and renowned tenors and educators, Francisco Araiza, is her professor and mentor. Marija Vidović started to pass on her experience to young talents as an assistant professor at the National Conservatory of Music in Mexico City, as well as at international master’s classes. As of the academic year 2020/21, she has been an assistant to Prof.Dr.h.c KS. Francisco Araiza at the Alfredo Kraus Department of Solo Singing at the elite Reina Sofia School of Music in Madrid, Spain. A proud promoter of Croatian culture, she is always happy to expand the classical repertoire of her solo concerts and recitals around the world with compositions by our Croatian composers and our beautiful Međimurje songs.

In late 2020 she recorded her first studio album “Christmas Classics” nominated for the Porin award in the Best Christmas Album category. Album “Međimurje” is her second studio album that pays homage to her native region. The album is dedicated to Međimurje song which has been inscribed in the UNESCO List of Intangible Cultural Heritage. With this album Marija launched a new era of Međimurje song, as her interpretation brought it closer to the classic Lied, with top symphony orchestra arrangements by Alex Pashkov that helped put this hidden musical treasure from Međimurje into international focus. The album was first presented at the gala concert held in the atrium of the Čakovec Old Town, filmed and broadcast by Croatian Radio-Television. The album “Intima” is her third studio album released in July 2021 and contains sixteen songs by great world composers that Marija sang accompanied by a longtime collaborator, Australian pianist Duncun Gifford in Croatia Records studio under the expert guidance of Ivo Josipovic, the album’s music producer. The powerful vocals and her exceptional interpretation were recognized by a large audience, and with a rich concert repertoire, the doors of the big stages were opened to soprano Marija Vidović.