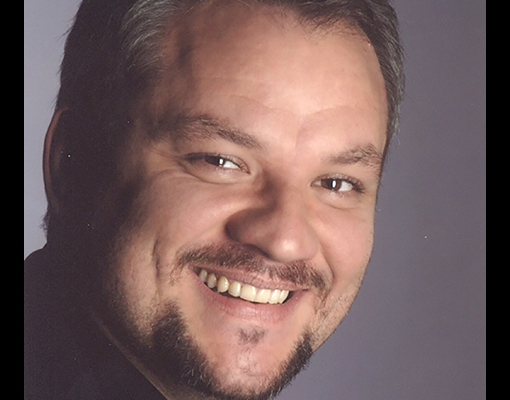 Serbian baritone, Zeljko Lucic, continues to gain recognition for his performances of the dramatic repertoire in the world’s leading opera houses, including the Metropolitan Opera, Royal Opera House, San Francisco Opera, l’Opéra National de Paris, Teatro alla Scala and the Wiener Staatsoper. For his appearance in La forza del destino with San Francisco Opera, the Financial Times declared, “with this Don Carlo, Zeljko Lucic served notice that he is one of today’s pre-eminent Verdi baritones.”

His many engagements in the 2007-08 season included the Metropolitan Opera, singing the title role in a new production of Verdi’s Macbeth (conducted by James Levine); the Wiener Staatsoper as Germont in La traviata; Staatsoper Dresden for the title role in Rigoletto; and Oper Frankfurt to reprise the title roles of Simon Boccanegraand Macbeth, as Iago in concert performances of Otello, and Michele in Il tabarro and the title role of Gianni Schicchi in Puccini’s Il trittico.

In subsequent seasons, he sang Iago in a new production of Otello at the Deutsche Oper Berlin, La Traviata at the Royal Opera House Covent Garden and Forza del Destino at the Wiener Staatsoper as well as Ballo in Maschera at Teatro alla Scala and Macbeth conducted by Muti at the Salzburg Festival.  He also performed in new productions of Rigoletto at the Metropolitan Opera and Simone Boccanegra at the Bayerische Staatsoper.

During the 2015/16 season, he returned to the Metropolitan Opera (Otello, Tosca), to the Lyric Opera of Chicago (Nabucco), to the Oper Frankfurt (Gianni Schicchi), to the Opéra National de Paris (La Traviata) and to Covent Garden (Il Trovatore). In 2016/17, Zeljko Lucic sang namely Otello in Zurich and at Covent Garden, Rigoletto at the Paris Opera and Nabucco and Rigoletto at the Metropolitan Opera. He also appeared at the Met as a soloist in the Opera’s 50th anniversary Gala.

The following season’s engagements included, among others, his return to the Wiener Staatsoper for Salomé and Macbeth and to the Bayerische Staatsoper for Tosca and Simon Boccanegra, as well as to the Paris Opera (Il trovatore) and Covent Garden (Macbeth). He also reprised the title role of Rigoletto at Oper Frankfurt, and appeared again at the Metropolitan Opera in Cavalleria Rusticana & Pagliacci.

Zeljko Lucic has also appeared with many orchestras, including the Hessischer Rundfunk Symphony Orchestra, Belgrade Philharmony, RTB Symphony Orchestra and the Boston Symphony Orchestra. He is a recipient of the 1997 first prize at the International Competition Francisco Viñas in Barcelona. Mr. Lucic has studied extensively with world-renowned mezzo Biserka Cvejic.

“Baritone Zeljko Lucic […] sang with a power and elegance revealing the innate nobility of Verdi’s score.”

“[…] Željko Lučić as Gérard – a beautifully sung, handsomely acted portrait of a revolutionary politician facing the moral consequences of the private motivations that tarnish his integrity”

“Serbian baritone, Zeljko Lucic, really gets beneath the skin of Rigoletto and shows us the breadth of this character in all his flawed humanity. He uses a range of tone colour to give us insights into this fascinating and multi-faceted character while deploying some highly expressive and nuanced phrasing […] In the final aria, ‘Si Vendetta, tremenda vendetta,’ Lucic showed his full range giving us some very powerful and impassioned singing.”

“Broad-shouldered Serbian baritone Zeljko Lucic […] was magnificent in the title role of the misshapen jester and tragically overprotective father.”

“His fine sense of stage work combined with a true Verdi baritone, a superb legato, and an impressive dynamic range, all combine to great effect.”