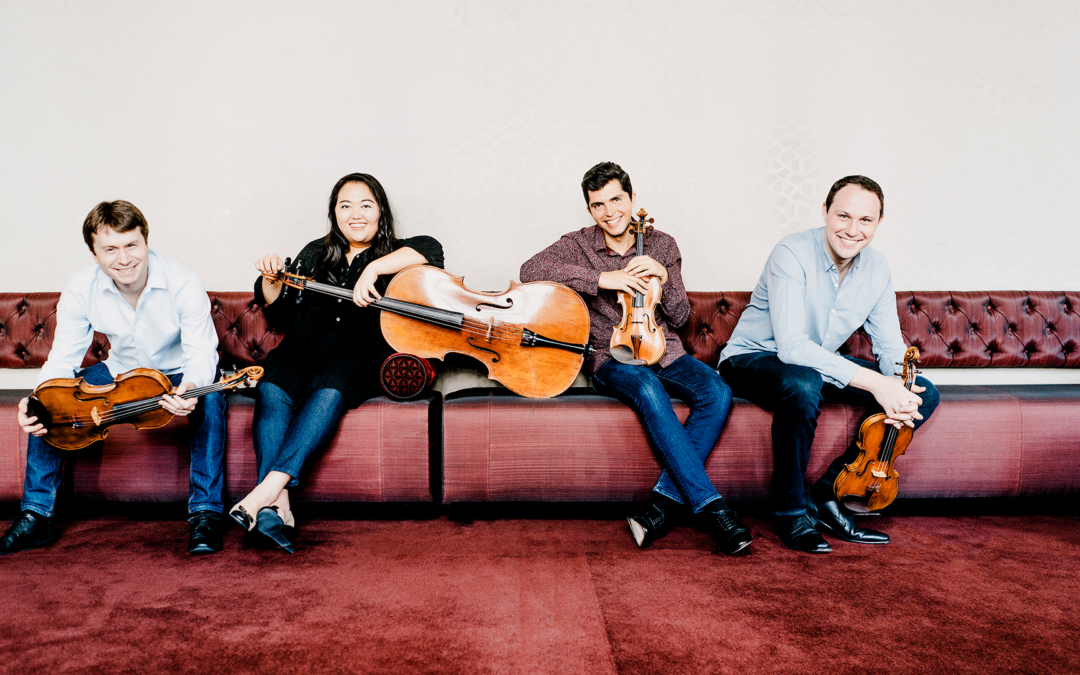 On 16 May CSQ return to Wigmore Hall with a world premiere of new string quartet by Huw Watkins complimented by Dvořák’s String Quartet in F Op. 96 ‘American’ and Beethoven’s String Quartet No. 13 in B flat Op. 130 with Grosse Fuge Op. 133. More information and tickets can be found here.

The tour will conclude in The Hauge, Netherlands at Stichting Voor Kamermuziek on 18 May. The programme features Beethoven’s String Quartet Op. 74 and String Quartet Op. 130 (including the Grosse Fuge, Op. 133), and Shaw’s Three Essays for String Quartet. More information and tickets can be found here.

Within two years of forming at the Colburn School in 2010, the Calidore String Quartet had won grand prizes in most of the major U.S. chamber music competitions. In 2016, the group made international headlines as winner of the $100,000 Grand Prize of the 2016 M-Prize International Chamber Music Competition. The group received a 2018 Avery Fisher Career Grant, a 2017 Lincoln Center Emerging Artist Award, and more other major awards than you can name.

The Calidore String Quartet has decisively gobsmacked critics all over the world, with the New York Times’ Corinna da Fonseca-Wollheim writing of the ensemble’s remarkable blended sound, “grunge-band grit,” and “irrepressible dramatic instinct.” The Scotsman enthused, “This is an ensemble as capable of whipping up storms as enchanting us with breathless moments of utter magic.” The Los Angeles Times was “astonished.”