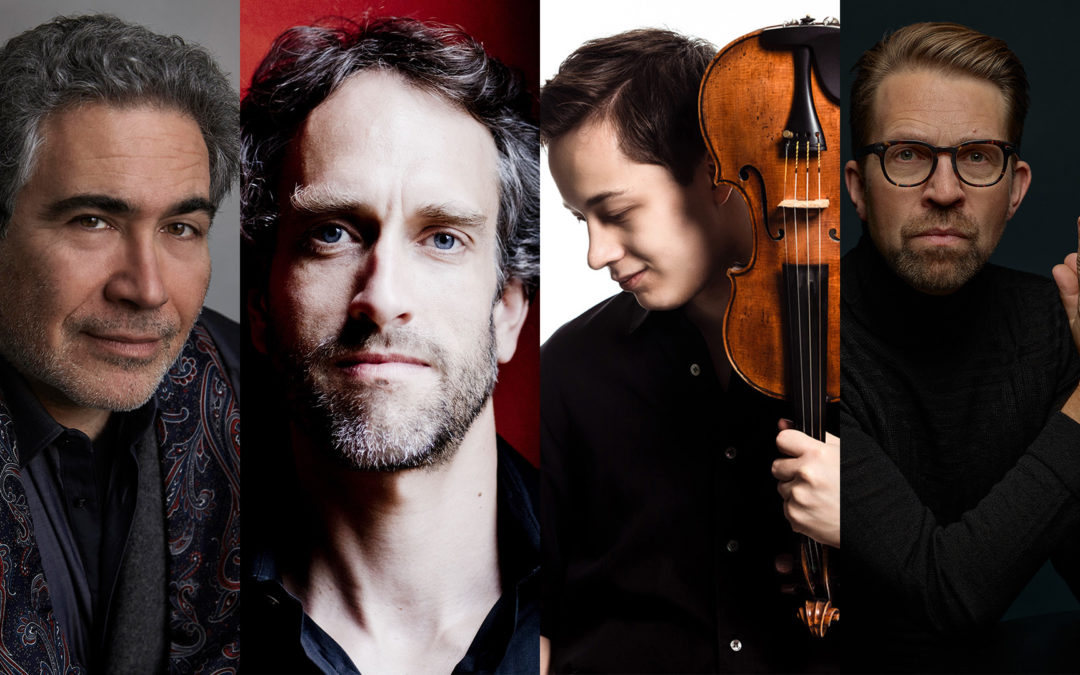 We would like to congratulate Carlo Rizzi, Christian Immler, Johan Dalene and Leif Ove Andsnes for being awarded in Presto’s Recordings of the Year 2022.

Carlo Rizzi won ‘DVD/Blu-ray of the Year’ for conducting Riccardo Zandonai: Francesca da Rimini. Presto wrote, “With terrific performances from Tetelman and Jakubiak (both charismatic singing actors who fare brilliantly under the camera’s close scrutiny) and Rizzi summoning some incandescent orchestral playing from his Berlin forces, this is an utterly absorbing account of Zandonai’s 1914 opera – given in a classy, coherent staging by Christo Loy which should win the work legions of new fans.”

Bass-baritone Christian Immler was awarded for his contribution in the record JS Bach: Matthäus-Passion. Presto wrote, “Amid so many accounts of the St Matthew Passion over the years that have reached for the stars with sweeping, operatic drama, Pichon’s deliberately does the opposite…Shorn of any pretentions, one of the most emotive stories ever told re-emerges with focus and clarity.”

Johan Dalene featured in Presto’s Top Ten Recordings for his album, Sibelius & Nielsen: Violin Concertos. Presto wrote, “I think it’s the Nielsen that is the star of the show, with a splendidly authoritative reading backed up by outstanding orchestral support…full credit should go to Storgårds (himself a violinist) for ensuring that even in the most precariously intricate sections, the precision of the interplay between Dalene and the players of the Royal Stockholm Philharmonic Orchestra is upheld to a most impressive standard.”

Leif Ove Andsnes featured in Presto’s Top Ten Recordings for his album, Grieg. Presto wrote, “This is one of those albums where the synergy between the two artists and their mutual affinity with the repertoire combine to truly spellbinding effect. Davidsen may be destined for Isolde and Brünnhilde, but she’s also capable of extraordinary delicacy when painting on a smaller canvas – and Andsnes backs her to the hilt throughout.”