Emerson String Quartet Announces Retirement at the End of Summer 2023 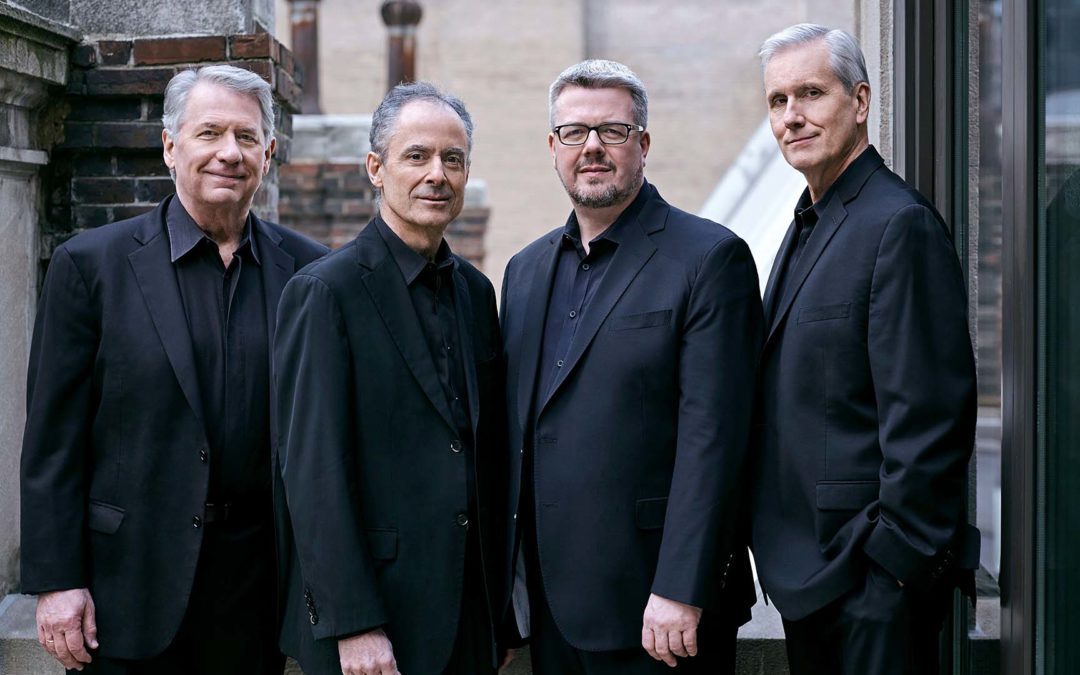 The Emerson String Quartet, the incomparable American ensemble, will retire at the end of summer 2023, forty-seven remarkable years after it was initially formed at Juilliard in 1976.  All four members of the Quartet – Eugene Drucker, Philip Setzer, Lawrence Dutton and Paul Watkins – will continue to perform and teach individually; as a group, they will continue to coach and mentor young ensembles through the Emerson String Quartet Institute at Stony Brook University, along with cellist David Finckel, who was a member of the quartet for 34 years.  The Quartet’s original members were Drucker, Setzer, violist Guillermo Figueroa, Jr. and cellist Eric Wilson. Lawrence Dutton joined the group in 1977; cellist David Finckel became a member in 1979 and was succeeded by Paul Watkins in 2013.

The Emerson Quartet, named “America’s greatest quartet” by Time Magazine, is one of the most celebrated classical music quartets of all time. The ensemble is the recipient of not only the prestigious Avery Fisher Prize and Musical America’s coveted “Ensemble of the Year” Award, but also nine GRAMMYs® (including two for Best Classical Album) and three Gramophone Awards.

In the words of Eugene Drucker, one of the group’s founding members:

“Looking back on more than four decades of life in the Emerson String Quartet, it is with a mixture of pride and nostalgia that we announce our retirement at the end of the summer of 2023. In addition to the great music we’ve been privileged to share with audiences and with each other, it is the opportunity to connect with close friends that has meant the most to us over the years. Each city on our itineraries has had its own unique associations for us, giving atmosphere, texture and the all-important personal dimension to our recollections of the passing seasons. Presenters, managers, colleagues and audience members have all played important roles in our experience. Now, as we contemplate our future careers, which will afford us the opportunity to continue performing as individuals and to pass the fruits of our experience on to younger generations of chamber players, we also wish to express our gratitude to all the instrumentalists, singers, composers, actors and directors with whom we have been honored to collaborate.”

Seeking out new works and experimental projects has been central to the Quartet’s music-making, as evidenced by groundbreaking music and theater collaborations like The Noise of Time (Simon McBurney) and Shostakovich and the The Black Monk (James Glossman). The Emerson’s penultimate season includes the New York premiere of André Previn’s last work, Penelope, with a libretto by Tom Stoppard, to be performed at Carnegie Hall in January 2022. This project, which premiered at Tanglewood in 2019, features a collaboration with soprano Renée Fleming, actress Uma Thurman, and pianist Simone Dinnerstein. A further performance of Penelope will take place at the Kennedy Center in Washington, D.C. in February (with works by George Walker and Samuel Barber). Penelope was co-commissioned by the Boston Symphony Orchestra, the Ravinia Festival, the Aspen Music Festival and School, and the John F. Kennedy Center for the Performing Arts.

Also this season, the Quartet members will return to the Chamber Music Society of Louisville in October, where they will perform the second half of a Beethoven cycle they began in early 2020. Additional stops on their itinerary include Pittsfield, MA; Charleston, SC; Wooster, OH; Houston, TX; Sandy Springs, GA; Chicago, IL; Sanibel, FL; Seattle, WA; San Francisco, CA; and Stony Brook University in New York.

A six-city tour of Europe in March 2022, with stops in Athens, Madrid, Pisa, Florence and Milan, will culminate with the first three concerts of a Shostakovich cycle at London’s Southbank Centre, to be completed the following November.

Additional details of the Emerson Quartet’s final season will be announced at a later date.

For more information about the Emerson Quartet, visit emersonquartet.com