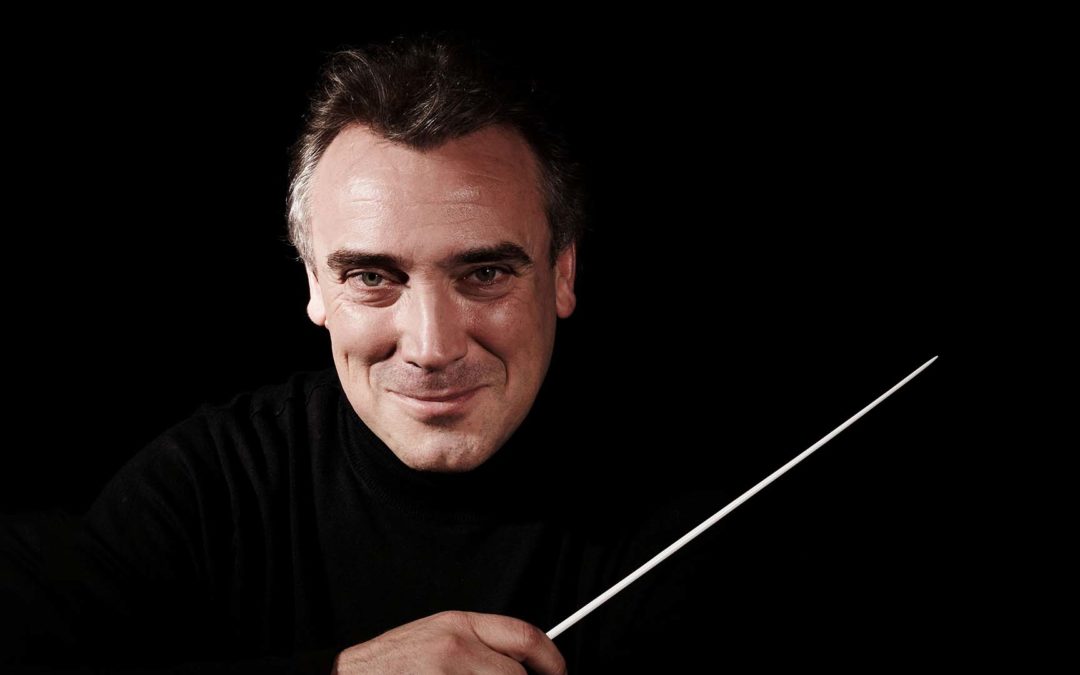 A major coup for Victoria’s arts community, Maestro Martín is currently Music Director of the Los Angeles Chamber Orchestra, where his appointment was extended in early June for an additional five years. He is also Chief Conductor of the RTÉ National Symphony – the top orchestra in Ireland, the Artistic Director and Principal Conductor of Gävle Symphony Orchestra and was recently announced as the Principal Guest Conductor of the Orquesta y Coro Nacionales de España (Spanish National Orchestra) for the 22/23 season.

Martín, who has shot to worldwide attention as a conductor following a prominent career as an elite flautist, will begin his tenure at the MSO in 2022, investing the Orchestra with prodigious musical creativity and momentum.

Sourcing the very best artistic leadership for the MSO to succeed former Chief Conductor Sir Andrew Davis has been a top priority for the MSO and follows a rigorous five-year search.

From London, Maestro Jaime Martín stated that he was honoured to join Victoria’s internationally renowned orchestra.

“From our first project together I have felt a very special connection with the talented and committed players of the Melbourne Symphony Orchestra, and been hugely impressed with the high standard of the musicians and the management team. It is a great honour to accept the position of Chief Conductor, and to collaborate with them in the coming years to deliver programs that will excite and engage Victoria’s audiences.

‘’Shining the international spotlight on Melbourne and attracting world-class artists to join their Australian colleagues on stage in Melbourne, in regional centres and around the world, is a very exciting prospect, and I am looking forward to forging strong links with the community and immersing myself in Victoria’s vibrant creative scene.”

Victorian Minister for Creative Industries, Danny Pearson, said: ‘’I am thrilled to see one of the world’s great conductors joining the Melbourne Symphony Orchestra. This is a major win for Victoria and Maestro Martín’s appointment further strengthens our state’s creative credentials on the world stage. I look forward to our MSO being taken to exciting new heights under his stewardship.’’

Melbourne Lord Mayor Sally Capp said: ‘’The MSO has been a pillar of Melbourne’s cultural scene for 115 years. It is an honour that Maestro Martín will call our city home for part of the year, and I’m sure he will be stimulated both culturally and creatively by Melbourne’s vibrant community. I congratulate the MSO on this important appointment.’’

Managing Director of the Melbourne Symphony Orchestra, Sophie Galaise said: ‘’Jaime has already left a lasting impression on the Orchestra in his previous visits to Melbourne. He has wowed us all with his joyous music making, remarkable artistry and incredible connection to our musicians. We are excited to welcome Jaime to Victoria and share his vision with our music-loving community. The Orchestra will shine under Jaime’s baton.’’

Nicholas Mathias, Jaime Martin’s General Manager at IMG Artists said, “Many congratulations to Jaime Martin on his appointment as the new Chief Conductor of the Melbourne Symphony Orchestra. I can remember very well when Jaime joined IMG Artists for General Management back in 2011, just at the beginning of his transition to conducting, and it is truly remarkable how Jaime’s conducting career has developed internationally in such a relatively short period of time – really a seamless move from his years as a solo flautist with many leading orchestras. This is never such an easy shift to make but in Jaime’s case it is clear evidence of his exceptional and natural conducting talent. Jaime and the Melbourne Symphony are a perfect match and I have no doubt that this will prove to be a very special musical partnership in the years ahead.”

Jaime Martín has been praised as a visionary conductor with The Daily Telegraph noting that ‘his infectious enjoyment of the music communicated to the orchestra and audience alike.’

Having spent many years as a highly regarded flautist, Martín turned to conducting full time in 2013, and quickly become sought after at the highest level. Recent and future engagements include appearances with the London Symphony Orchestra, Dresden Philharmonic, Netherlands Philharmonic, Royal Stockholm Philharmonic, Colorado Symphony, Gulbenkian Orchestra and notably the Melbourne Symphony Orchestra in 2019 and February 2021. He was a founding member of the Orquesta de Cadaqués, where he was Chief Conductor from 2012 to 2019, and remains Artistic Advisor to the Santander Festival, having been their Artistic Director from 2014 to 2019.

Maestro Martín will return to Melbourne in August 2021 to meet with audiences and community and conduct the MSO in three public concerts (14, 20 and 21 August).

For further information on the MSO’s Season 2021 visit mso.com.au