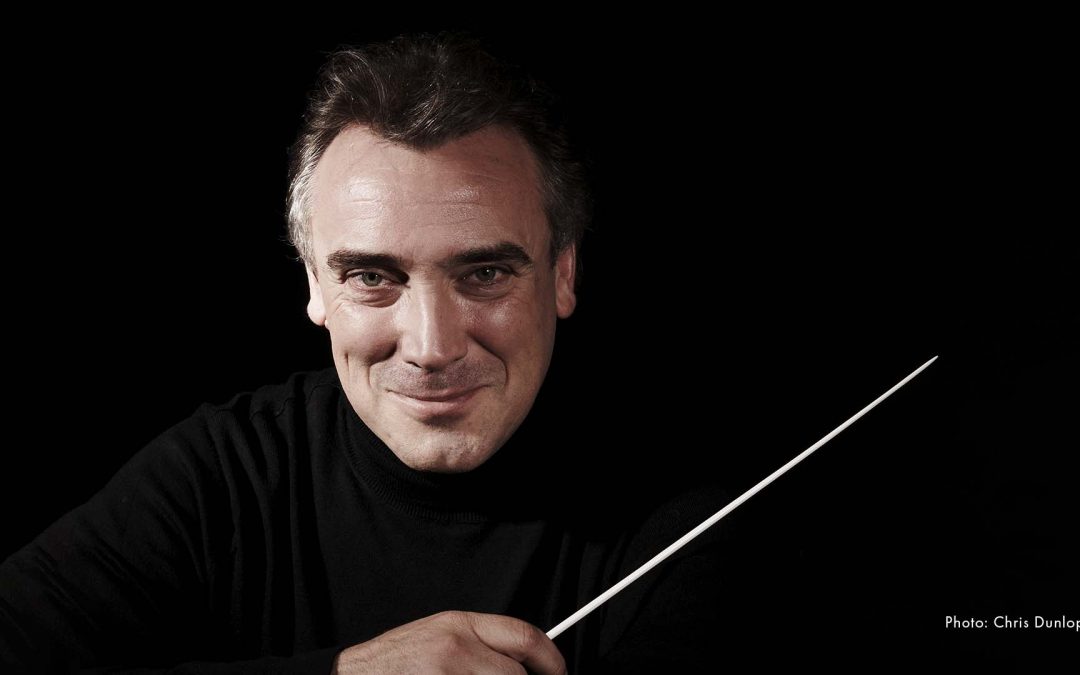 Jaime Martín, music director of Los Angeles Chamber Orchestra (LACO), received a five-year contract extension through the 2026-27 season announced Board Chair Leslie Lassiter. Martín, who has quickly risen to worldwide attention as a conductor following a prominent career as a flutist, began his LACO tenure in the 2019-20 season, infusing the Orchestra with tremendous musical creativity and forward momentum. He was also recently announced as taking the position of Principal Guest Conductor of the Orquesta y Coro Nacionales de España (Spanish National Orchestra) in the 22/23 season.

“During his short tenure with LACO, Jaime Martín has helped enhance the Orchestra’s artistic profile in Los Angeles, as well as nationally and internationally,” says Lassiter. “His joyous music making, remarkable artistry, inclusive and bold programming and collegial leadership inspire both LACO audiences and musicians. We are delighted the Orchestra’s musical trajectory will continue under his baton.”

States Martín, “I am deeply honored to be a part of this iconic orchestra and grateful to LACO’s exceptional artists and dedicated Board of Directors for their confidence in my leadership. It has been exhilarating to be a part of L.A.’s vibrant cultural scene and engage with LACO’s devoted audiences and community partners. I look forward to further exploring new musical frontiers with the Orchestra and sharing our artistry.”

In concert reviews, the Los Angeles Times hails Martín’s “infectious music making,” noting “the musicians seem to be having a blast. The audience is invited to the party.” Overseas, he has been praised as “a visionary conductor, discerning and meticulous” (Platea Magazine), and London’s The Telegraph said, “his infectious enjoyment of the music communicated to the orchestra and audience alike.”

In September 2019, when Martín assumed his LACO post, he also became Chief Conductor of the RTE National Symphony Orchestra. He has been Artistic Director and Principal Conductor of Gävle Symphony Orchestra since 2013 and is the Artistic Advisor of the Santander Festival.  He was also a founding member of the Orquestra de Cadaqués, where he was Chief Conductor from 2012 to 2019. Having spent many years as a highly regarded flautist, Martín turned to conducting full-time in 2013, and very quickly became sought after at the highest level.  Recent and future engagements include appearances with the London Symphony Orchestra, Sydney Symphony, Melbourne Symphony, Antwerp Symphony, Dresden Philharmonic, Netherlands Philharmonic, Royal Stockholm Philharmonic, Colorado Symphony and Gulbenkian orchestras, as well as a nine-city European tour with the London Philharmonic Orchestra. Martín has recorded a series of highly acclaimed Brahms discs for Ondine Records with the Gävle Symphony and various discs with the Barcelona Symphony Orchestra for Tritó Records. He has also commissioned multiple world and regional premieres of works by composers, including Ellen Reid, Andrew Norman, Missy Mazzoli, Derrick Spiva, Albert Schnelzer and Juan Pablo Contreras. As a flautist, Martín was principal flute of the Royal Philharmonic Orchestra, Chamber Orchestra of Europe, English National Opera, Academy of St Martin the Fields and London Philharmonic Orchestra. Jaime Martín is a Fellow of the Royal College of Music, London, where he was a flute professor.

Los Angeles Chamber Orchestra (LACO), ranks among the world’s top musical ensembles. Beloved by audiences and praised by critics, LACO is a preeminent interpreter of historical masterworks and, with eight ASCAP Awards for Adventurous Programming, a champion of contemporary composers. Headquartered in the heart of the country’s cultural capital, LACO has been proclaimed “America’s finest chamber orchestra” (Public Radio International), “LA’s most unintimidating chamber music experience” (Los Angeles magazine), “resplendent” (Los Angeles Times), and “one of the world’s great chamber orchestras”(KUSC Classical FM). Performing throughout greater Los Angeles, the Orchestra has made 32 recordings, including, most recently, a 2019 BIS Records release of works for violin and chamber orchestra that features Concertmaster Margaret Batjer and the world premiere recording of Pierre Jalbert’s Violin Concerto (a LACO co-commission). In 2020, due to the global pandemic, LACO pivoted from presenting live performances to producing the groundbreaking CLOSE QUARTERS interdisciplinary digital series melding musical and visual arts, which has garnered more than 1.6 million views across social media platforms since its debut in November 2020. The “digitally native” programs, created specifically for streaming and applauded as “musically and artistically compelling” (Los Angeles Times) have “redefined how classical music can be presented in the 21st century (Cultural Attaché). LACO, with offices located in downtown Los Angeles, has toured Europe, South America and Japan, and performed across North America. www.laco.org