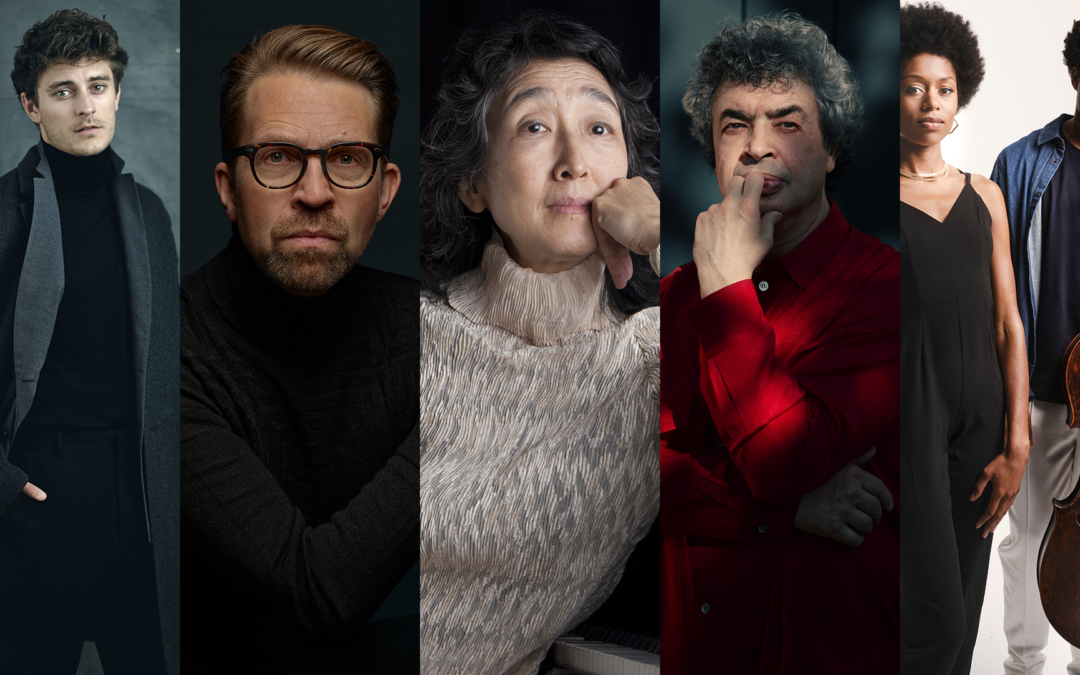 Enticott Music Management and IMG Artists celebrate having six artists feature in the Limelight 2022 Recording of the Year shortlist. Twenty-five recordings have been nominated and divided into five categories: Orchestral, Chamber, Instrumental, Vocal and Opera.

Semyon Bychkov is nominated in the Orchestral category for Mahler: Symphony No 4. The album, featuring Chen Reiss and the Czech Philharmonic, was Limelight’s Recording of the Month in June 2022. Limelight says, “This collaboration with the Czech Philharmonic is a thing of sweetly scented, gossamer beauty that weaves the interplay of childhood innocence and adult experience into something altogether sublime.”

Mitsuko Uchida’s Beethoven: Diabelli Variations is nominated in the Instrumental category. Limelight says, “Her pre-eminence as a thoughtful and richly engaging interpreter not just of Beethoven’s piano music but of Mozart’s, Schubert’s and Schumann’s is unassailable.”

Leif Ove Andsnes, with Lise Davidsen, is nominated in the Vocal category for the album Edvard Grieg. March 2022’s Recording of the Month, Limelight says, “Two of Norway’s brightest artists – the rising star soprano Lise Davidsen and pianist Leif Ove Andsnes – have come together to put out this lovely collection of songs by their compatriot, Grieg…She (Davidsen) is more than matched by Andsnes’ atmospheric, painterly playing, which is unfailingly refined and subtle.”

Also nominated in the Vocal category is Jakub Józef Orliński’s Anima Æterna. February 2022’s Editors Choice, Limelight says, “The energy and freedom of expression of breakdancing spill over into Orliński’s singing career, bringing an openness and zest for new discoveries that mark him out as one of this generation’s forward musical thinkers…Orliński presents a fascinating program of rarities, continuing a voyage of discovery initiated by his first solo disc, Anima Sacra.”

Category winners and the overall Limelight Recording of the Year 2022 will be announced in late August.