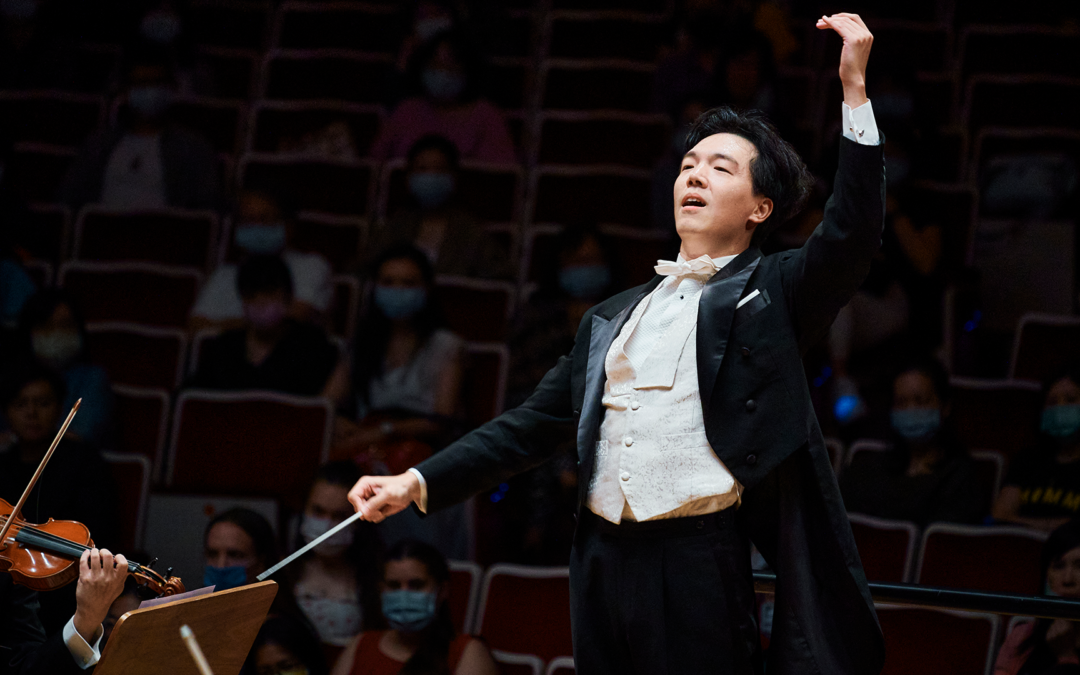 Lio Kuokman, Resident Conductor of Hong Kong Philharmonic Orchestra, has been awarded “Artist of the Year (Music)” at the 16th Hong Kong Arts Development Awards, hosted by the Hong Kong Arts Development Council (HKADC). The Awards is an annual flagship event which aims to give formal recognition to distinguished arts practitioners who have achieved excellence and made significant contributions to the development of the arts in Hong Kong.

Kuokman is currently Programme Director of the Macao International Music Festival, a role he started in January 2020. He has received the Certificate of Commendation and the Medal of Cultural Merit from the governments of Hong Kong and Macao, respectively, and he was named one of Hong Kong’s Ten Outstanding Young Persons by Junior Chamber International in 2021.

Kuokman says, ““I am honoured to be named as the Artist of the Year by the HKADC. Since the age of four, I have been dreaming of being a conductor. I am truly grateful for all the mentors who gave me guidance and opportunities throughout my musical journey. I wish to continue to make fine music for the audience in Hong Kong as well as around the world, together with the HK Phil and any other brilliant musician. I also want to bring music to the community and use music to connect people.”

Mr Benedikt Fohr, Chief Executive of the Hong Kong Philharmonic Orchestra, says, “Lio Kuokman has been collaborating with the HK Phil for many years and he became a family member of the HK Phil as a Resident Conductor since 2020. He is a home-grown conductor who has earned remarkable recognition internationally. He is talented with great passion, enthusiasm and commitment in musicmaking. His achievement is well-recognised. We are very proud that Lio was awarded the Artist of the Year and look forward to continuing our exciting musical journey with Lio in the coming seasons.”