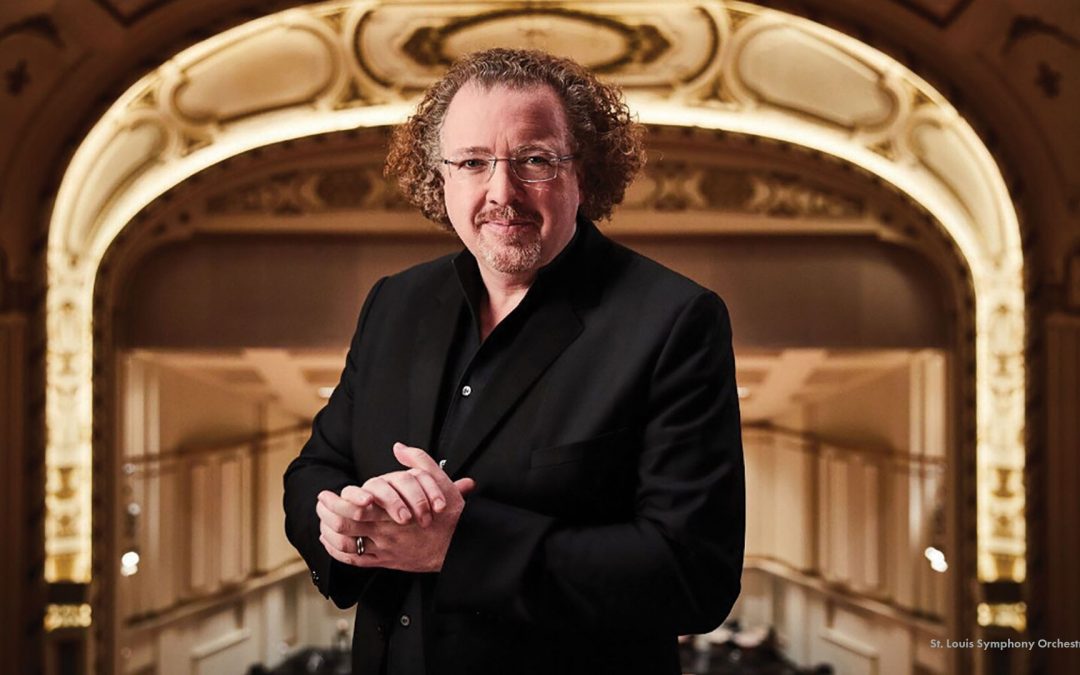 IMG Artists is thrilled to announce that Stéphane Denève has signed a four-year extension to his St. Louis Symphony Orchestra Music Director contract. The extended contract runs through the end of the SLSO’s 2025/2026 season, which will be Denève’s seventh as Music Director. Denève’s initial three-year contract began with the 2019/2020 season following one season as Music Director Designate. His long partnership with the SLSO began in 2003, when he led the SLSO for the first of many engagements as a guest conductor prior to his appointment as Music Director.

The announcement comes as Denève leads the SLSO in the return of live concerts with audiences at Powell Hall, the first since early November 2020.

Stéphane Denève, Music Director of the SLSO, said, “St. Louis is my musical home, and I am truly over the moon to deepen my relationship with this wonderful community in the years to come. Since 2003, I have felt such a special connection to this city, and to the fantastic musicians and staff of the SLSO. I look forward with great enthusiasm to making music—to inspire, to comfort, to challenge, to bring joy—and continuing to develop together with the SLSO, who are not only among the world’s most outstanding musicians, but also generous, warmhearted, and passionate individuals. As we look toward a post-pandemic future together, I am fully committed to listening to and growing with our community. I very much hope to make the SLSO even more diverse, inclusive, and accessible to our local and international audiences and supporters.”

Steven Finerty, Chair of the SLSO Board of Trustees, said, “Stéphane is the ideal partner for the SLSO. He brings a profound musicianship and a deep understanding to his role, which he infuses with great creativity, good humor, humility, and humanity. Along with President and CEO Marie-Hélène Bernard—with whom he has developed a remarkable partnership—Stéphane has helped hone the SLSO as an artistically excellent, community-minded, and financially responsible organization for years to come.”

Marie-Hélène Bernard, SLSO President and CEO, said, “In the time Stéphane has been Music Director, he has continued to build on the celebrated artistic legacy of the SLSO while advancing the next era of the orchestra. He inspires all of us with his signature joy and warmth, encourages dialogue, emphasizes education, breaks down barriers, and flexes the organization’s creative mettle. As we emerge from this challenging year and look ahead, Stéphane and I are committed to embracing the many learnings afforded to us from our patrons, community partners, and family of artists.”

Jonathan Chu and Jennifer Nitchman, Co-Chairs of the SLSO Musicians’ Council, said, “The musicians of the SLSO are thrilled to continue our collaboration with Stéphane Denève with this contract extension. We are inspired and energized by his boundless enthusiasm, optimism, and dedication to connecting with our community through powerful musical performances. It is a true joy to look forward to our future with Stéphane after the difficulties of the past year.”

Recent and upcoming engagements include appearances with the Royal Concertgebouw Orchestra, Bavarian Radio Symphony, Orchestra Sinfonica dell’Accademia Nazionale di Santa Cecilia, Vienna Symphony, DSO Berlin, Orchestre National de France, Czech Philharmonic, NHK Symphony, Rotterdam Philharmonic and the Netherlands Radio Philharmonic.  In 2020 he conducted the Nobel Prize Concert with the Stockholm Philharmonic.  In North America he made his Carnegie Hall debut in 2012 with the Boston Symphony Orchestra, with whom he has appeared several times both in Boston and at Tanglewood, and he regularly conducts The Cleveland Orchestra, New York Philharmonic, The Philadelphia Orchestra, Los Angeles Philharmonic, San Francisco Symphony and Toronto Symphony. He is also a popular guest at many of the US summer music festivals, including Bravo! Vail, Saratoga Performing Arts Center, the Hollywood Bowl, Blossom Music Festival, Festival Napa Valley, Grand Teton Music Festival, and Music Academy of the West.

As a recording artist, he has won critical acclaim for his recordings of the works of Poulenc, Debussy, Ravel, Roussel, Franck and Connesson. He is a triple winner of the Diapason d’Or of the Year, has been shortlisted for Gramophone’s Artist of the Year Award, and has won the prize for symphonic music at the International Classical Music Awards. His most recent releases include a live recording of Honegger’s Jeanne d’Arc au bûcher with the Royal Concertgebouw Orchestra, and two discs of the works of Guillaume Connesson with the Brussels Philharmonic (the first of which was awarded the Diapason d’Or de l’année, Caecilia Award, and Classica Magazine’s CHOC of the Year).