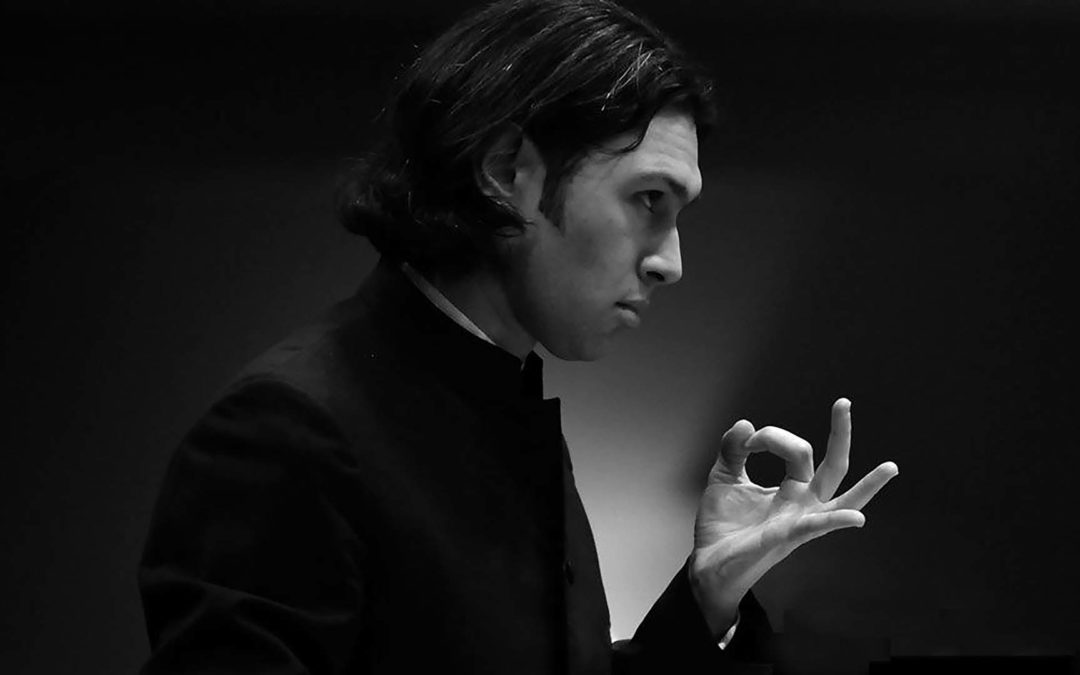 Vladimir Jurowski received the Royal Philharmonic Society Gold Medal, one of the highest international honours in music. Jurowski was presented with the award on stage at the BBC Proms by RPS Chairman John Gilhooly following the conductor’s final official concert as Principal Conductor Artistic Advisor of the London Philharmonic Orchestra.

Vladimir Jurowski receives the Gold Medal as he concludes a remarkable near-15-year tenure as Principal Conductor of the London Philharmonic Orchestra since 2007, where he was previously Principal Guest Conductor from 2003. He remains Principal Artist of the Orchestra of the Age of Enlightenment and from 2001-13 was Music Director of Glyndebourne Opera. While he is set to return to the UK for future guest performances with the LPO, this Autumn he takes up the role of General Music Director of the Bayerische Staatsoper, alongside his continuing role as Chief Conductor and Artistic Director of the Rundfunk-sinfonieorchester Berlin, which he has held since 2017.

This is the 150th anniversary of the RPS Gold Medal, first awarded in 1871. It is awarded for the most outstanding musicianship to the finest musicians of any nationality. It bears the image of Beethoven, to celebrate the close relationship between the composer and the Society who commissioned his Ninth Symphony.

Recipients are chosen by the Board and Council of the RPS, their choice annually approved by RPS Members. Among prior recipients are Brahms, Elgar, Stravinsky, Bernstein, John Barbirolli, Kathleen Ferrier, and more recently Jessye Norman, Daniel Barenboim, Sir Antonio Pappano, Sir Simon Rattle, Dame Janet Baker and Dame Mitsuko Uchida. The most recent recipient was composer John Williams in November 2020.

On presenting the medal to Vladimir Jurowski, John Gilhooly said:

“You have brought revelatory energy to the UK stage through your acclaimed associations with the Orchestra of the Age of Enlightenment, with Glyndebourne, and of course with your sterling companions of the London Philharmonic Orchestra as Principal Conductor. You have revolutionised what that term means, investing limitless invention in every step of the creative journey. As we are witnessing tonight, you are a world-class musical storyteller, conjuring drama and magic with your orchestral colleagues.”

Listen to Vladimir Jurowski’s final official concert as Chief Conductor of the London Philharmonic Orchestra, and the medal presentation, on BBC Radio 3.