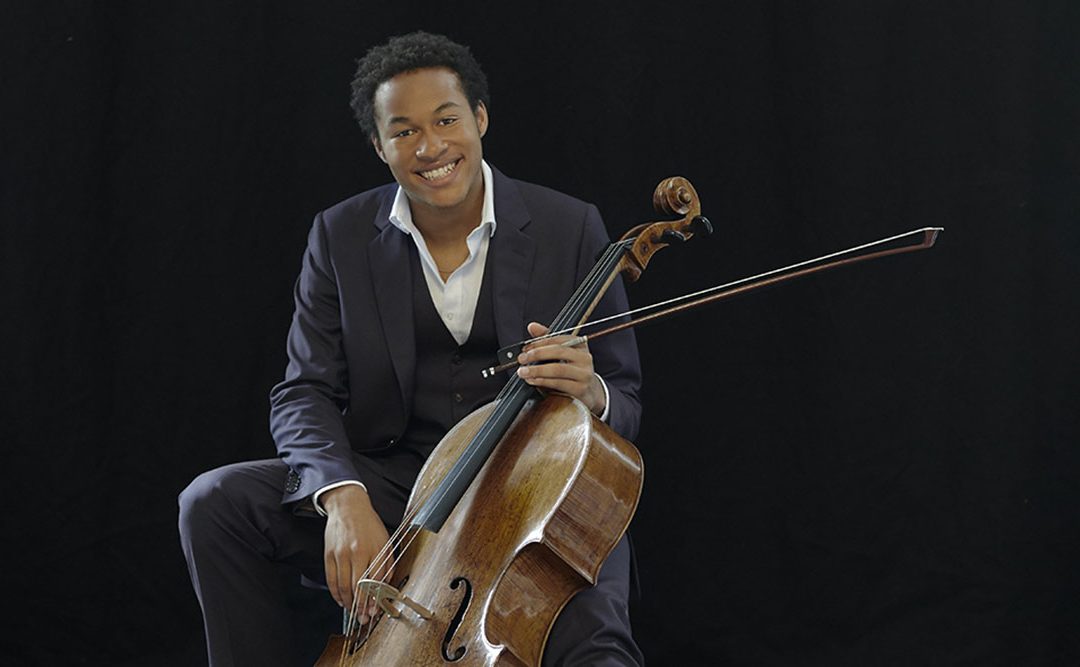 Sheku Kanneh-Mason will make his Royal Stockholm Philharmonic Orchestra debut on Thursday, 18 February. He will perform Dvořák’s passionate Cello Concerto, conducted by Nathalie Stutzmann. The concert, which also features Tchaikovsky’s Symphony No. 5, will be streamed live on Konserthuset Play.

The winner of the 2016 BBC Young Musician competition, Sheku Kanneh-Mason is already in great demand from major orchestras and concert halls worldwide. He became a household name worldwide in May 2018 after performing at the Wedding of the Duke and Duchess of Sussex at Windsor Castle. His performance was greeted with universal excitement after being watched by nearly two billion people globally.

In June 2018, Sheku received the Male Artist of the Year and the Critics’ Choice awards at the re-launched Classic BRIT Awards, and in July 2018 became the first artist to receive the new BRIT Certified Breakthrough Award, having sold over 30,000 copies of his debut album in the UK and surpassing 100,000 album sales worldwide. In January 2020, Sheku released his second album, Elgar, featuring the Cello Concerto, which he recorded at Abbey Road Studios with Sir Simon Rattle and the London Symphony Orchestra.  On its release, it reached No. 8 in the UK Official Album Chart, making Sheku the youngest classical instrumentalist and the first cellist in history to reach the UK Top 10.

Sheku is passionate about the importance of making classical music accessible to all and is an ambassador for music education charities London Music Masters and Future Talent. During the Covid-19 lockdown in spring 2020, Sheku and his siblings performed in twice-weekly livestreams from their family home in Nottingham to audiences of hundreds of thousands around the globe.

Sheku, a full-time ABRSM Scholarship student at the Royal Academy of Music studying with Hannah Roberts, was appointed a Member of the Most Excellent Order of the British Empire (MBE) in the 2020 New Year’s Honours List. He plays an Antonius and Hieronymus Amati cello c.1610, kindly on loan from a private collection.

For more information, and to watch the livestream from 12:15 CET on Thursday, 18 February, please visit konserthuset.se.

Sheku Kanneh-Mason is managed in association with Enticott Music Management.