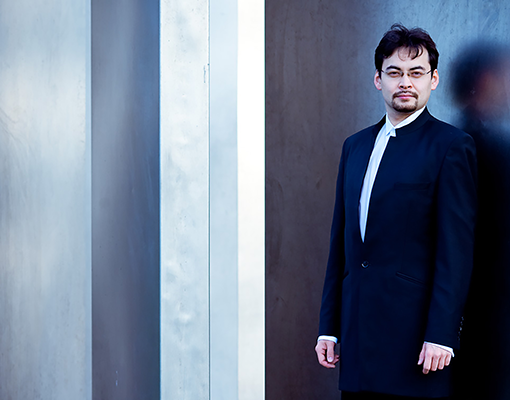 Alan has also conducted a production of Tchaikovsky’s Queen of Spades at the Opéra National de Lyon.  He also maintains a strong name in Japan having conducted most of the country’s major orchestras.  His debut with the Bolshoi Orchestra on tour in the UK resulted in an immediate invitation to conduct Prokofiev’s Love of Three Oranges in December 2011 and he has since worked with them on a regular basis.

Alan Buribayev was born in 1979 to a family of musicians; his father is a cellist and conductor and his mother is a pianist.  He graduated with honours from the Kazakh State Conservatory as both violinist and conductor, and continued his conducting studies at the University of Music in Vienna with Professor Uros Lajovic.  His victory at the Lovro von Matacic Conducting Competition in Zagreb brought him to international attention and this success led to invitations from several European orchestras.  In 2001, he reached the final of the Malko Conducting Competition in Copenhagen in which, where no first prize was awarded, he was awarded a Special Prize, which recognized his “outstanding talent and promise”.  Alan Buribayev went on to win First Prize in the Antonio Pedrotti Competition in 2001.

“… he tries to come to each individual work without preconceptions, and… he’s successful enough in doing so to produce unorthodox results on a regular basis.”

“…the driving force from his interpretation propels the music forward, creating a unity between the movements that is sometimes lost. Contrasting this drive, an almost sensual use of delicately changing dynamics keeps the piece from becoming tired and allows tension to build throughout.”

Throughout the evening, Buribayev conducts magnificently. He is not overly flamboyant, but elicits huge energy and precision throughout. His management of the dynamics is excellent. It is a joy to watch him, and when the strings rise in crescendo, it is nothing short of wonderful.”

“… he tries to come to each individual work without preconceptions, and… he’s successful enough in doing so to produce unorthodox results on a regular basis.”

“The crash of the turbulent opening of the fourth movement (Mahler 1) startled several unsuspecting members of the audience, as Buribayev and the NSO tore through the apocalyptic finale. And while there were moments of visceral fury that left us gasping for breath, Buribayev observed a clever gradation of dynamics. The glorious second subject was tenderly restrained on first iteration, before Buribayev, with great Bernstein-like, emphatic gestures, whipped up the emotion and passion for the climax of this subject. The excitement continued unabated in the stormy section which followed and so understandably, the magical reiteration of the opening movement did not possess the same sense of peace and wonder as the NSO captured at the start of this half. As the symphony came to its powerful close, Buribayev with the end and victory in sight gave it his all, ratcheting up both the volume and the excitement to an almost unbearable degree. It was truly a spine-tingling ending which had the Friday night crowd unusually jumping to their feet in ovation. It was a marvellous opening to the season, making the other Mahler concerts a must.”

“Just as Hamlet meditates on the prospect of life after death so too does Mahler in his great Resurrection Symphony, though to a far more life-affirming conclusion. Last night, the RTÉ National Symphony Orchestra under principal conductor Alan Buribayev brought us from darkness to glorious light in this leviathan work. The NSO caught the mood of foreboding right from the start with muscular cello playing and forbidding brass interjections. As the hero of Mahler’s first symphony is brought to the grave, staring into the abyss, there was a sense of terror evoked by the tremendous crescendos and the fierce attack of the cellos’ col legno. Buribayev whipped the orchestra into a frenzy for the strident discords just before the recap of the opening theme raising the decibel levels to an almost unbearable degree. After such turmoil, the long pause in between the opening movements (in the score, Mahler calls for five minutes) was most welcome for the audience as much as for the conductor. Here Buribayev took the Andante at a smart trot. This allowed the music to flow without too much wallowing in its saccharine qualities, while the pianissimo staccato section for the strings was most effectively handled. “

“… They were led with great insight and expressive energy from the podium by a first-class conductor, Alan Buribayev.”

“…the driving force from his interpretation propels the music forward, creating a unity between the movements that is sometimes lost. Contrasting this drive, an almost sensual use of delicately changing dynamics keeps the piece from becoming tired and allows tension to build throughout.”

“Take Richard Strauss’s Ein Heldenleben, the major work in Friday’s concert. … Buribayev presented a slender figure, fit and energetic, self-aware, fond of carefully constructed arguments, and with a considerable black streak in his sense of humour. You could say he took a good two decades off the age of the character, who often sounds to be someone in his 50s, when the composer who wrote the piece was only 35. Or you could say that whereas most conductors seem to be ambivalent or a little unsympathetic to Strauss’s hero, Buribayev was completely on his side. “

“Beethoven’s Leonore No 1 Overture [is] probably the least often heard of the four overtures Beethoven wrote for his sole opera. The Leonore No 3 Overture is the one that has had the greatest success, so much so that it’s sometimes hard to approach the other Leonore overtures without feeling the use and development of some of the shared musical material has gone awry. Buribayev’s lithe, articulate, carefully-nuanced style served to keep any such comparisons at bay”

“Alan Buribayev… demanded tightness from the [Orchestra], and provided a striking bit of ‘Russian soul,’ with an almost cinematic folklore, rigorous rhythmic drive, and a sensual sound. “

“Alan Buribayev’s performance with the RTÉ National Symphony Orchestra on Friday was careful and thorough, shocking, exciting, and… extremely beautiful.”

“Conductor Alan Buribayev building tones of rich intensity and power from his young charges, and strings articulating with fizzing intensity.” 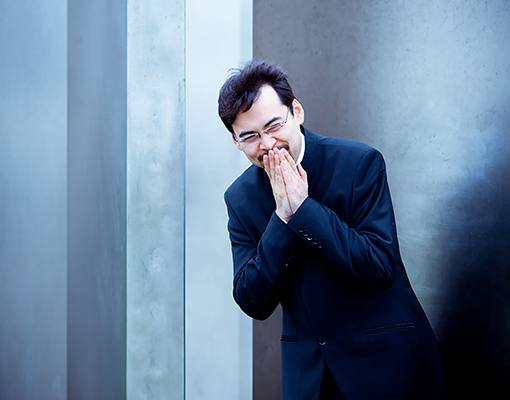 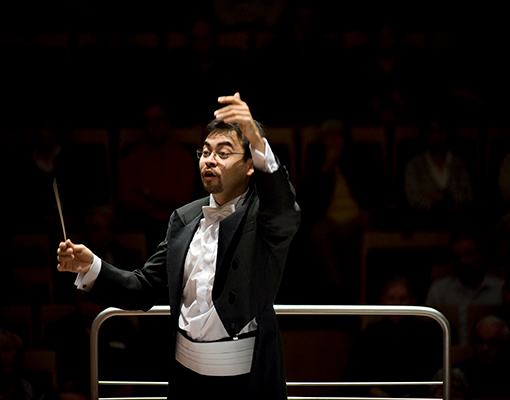