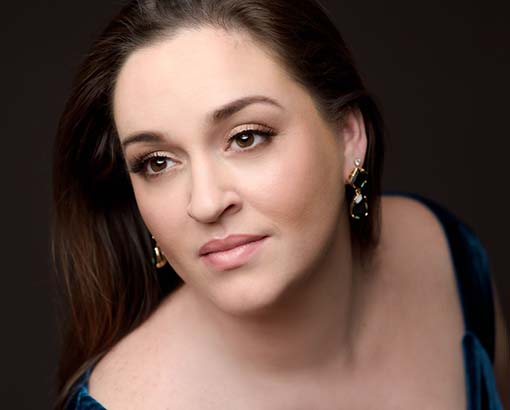 American soprano Ann Toomey, whom Naples Daily News proclaimed, “…is a brilliant Floria Tosca…[whose] rich voice projects power that doesn’t disintegrate under adversity” is a former member of the Ryan Opera Center at the Lyric Opera of Chicago, a 2016 Metropolitan Opera National Council Auditions national semifinalist and 2019 Richard F. Gold Career Grant Recipient. Recently, she made her European debut, to critical acclaim, performing the title role in Suor Angelica at the Berlin Philharmonie, under the baton of Kirill Petrenko

In the 2022-2023 season, Ms. Toomey will return to Wolf Trap Opera to perform the title role in Carlisle Floyd’s Susannah, Tosca with Livermore Valley Opera, the title role in Tobias Picker’s Emmeline with Tulsa Opera, and Ortlinde in Act III of Die Walküre with Detroit Opera. In the 2021-2022 season, Ms. Toomey made house and role debuts as Tosca with Opera Naples and Sarasota Opera, performed Die Kathrin with the Chicago Folks Operetta and returned to the Lyric Opera of Chicago as the Lady in Waiting cover in Macbeth.

During the 2018-2019 season, she performed as Musetta in La bohème with Lyric Opera of Chicago, completing her three-year residency with the Ryan Opera Center. She debuted at Lyric Opera of Chicago as First Lady in Die Zauberflöte and was also seen as the Fifth Maid in Elektra. She covered several roles during her time in Chicago, including Elettra (Idomeneo), Fiordiligi (Così fan tutte), and Micaëla (Carmen).

Ann Toomey is a native of Detroit, and currently lives in Chicago.

“The excerpt from Catalani’s La Wally, ‘Ne andrò lontana,’ was an opportunity to hear the excellent range of soprano Ann Toomey. Her penetrating voice, when producing high, forte pitches, is clear and emphatic yet capable of shading to a sudden diminuendo as she equates her own departure to the ceasing of a bell’s toll.”

“Ann Toomey was in a league of her own at April’s Rising Stars concert. Having gotten a big break filling in for Danielle de Niese as Musetta in January, Toomey displayed a confidence using every corner of the stage and finding both extremes of volume in a lesser-known selection from Massenet’s Herodiade, ‘Je souffre!…Charme des jours passés.’ The soprano, who has shown she can sing anything from Whitney Houston to Violetta in her various assignments with ROC, completed her third and final year in the ensemble.”

“My love for Lyric’s Ryan Opera Center is no secret. I am genuinely sad when artists whom I have come to adore reach the end of their residence in this elite finishing program. Ann Toomey and Alan Higgs departed Chicago quickly to begin apprenticeships at Santa Fe Opera. Is it possible for any of their colleagues to have had as much stage experience as Toomey, who filled in as Musetta for Danielle De Niese, and who has easily been one of the ensemble’s most versatile sopranos with too many show-stopping performances to enumerate?” – Oliver Camacho, Vocal Arts Chicago

“The women of this cast did quite well by Menotti’s score, contralto Lauren Decker offering throaty low notes, ample bloom up top and voluptuousness of timbre throughout as Miss Todd. Soprano Ann Toomey held her own — and then some — as Laetitia, matching tone and gesture with Decker. Soprano Whitney Morrison brought aptly piercing pitch and comic edge to the role of Miss Pinkerton, capturing her character’s hysteria and malevolence as the plot thickened.” – Howard Reich, Chicago Tribune

“Soprano Ann Toomey got the best role of the opera, Laetitia—part of opera’s long tradition of saucy maids, as with Despina in Cosi fan tutte. Toomey’s emotional range was splendid. She captured all of Laetitia’s flirtatiousness, slyness, and indignation.
She also got to sing the opera’s single hit aria, “Steal Me, Sweet Thief.” It is one of the opera’s few spells of sincere emotion, and all of the character’s yearning poured out in Toomey’s rendition.” – John Y. Lawrence – Chicago Classical Review

“However, the role of Musetta, the ex-girlfriend of the jealous painter Marcello (the strong baritone Zachary Nelson), soprano Danielle de Niese was replaced by Ann Toomey, a current member of Lyric’s Ryan Opera Center. And Toomey – it should be noted at the very start – won a well-deserved and enthusiastic ovation for her vivid portrayal of the lusty, tempestuous, but heart-of-gold free spirit. (De Niese has since returned to the role.)” – Hedy Weiss – WTTW

“Her facial expressions throughout the performance were over-the-top in the best possible way, and her comic timing was impeccable.

“One moment that had the audience in stitches was actually a well-played-out accident. A distraught Toomey was stuffing herself with ice cream when a large chunk fell out and onto the floor.

“Instead of leaving it, or stuffing it back in the container, she ravenously consumed it. Such a simple action left many in guffaws simply because of her ability to connect with the audience.” – Kailey Schneider, Contributor 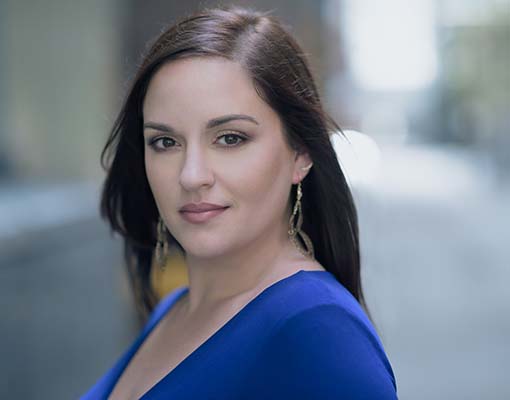 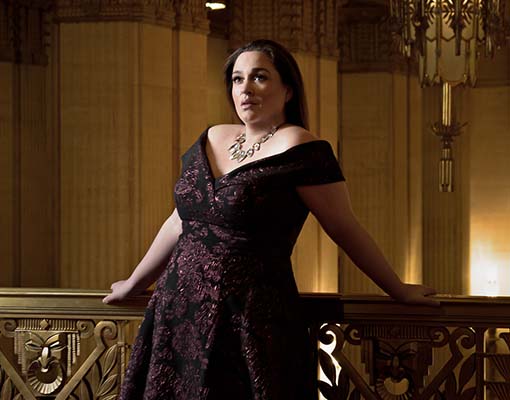 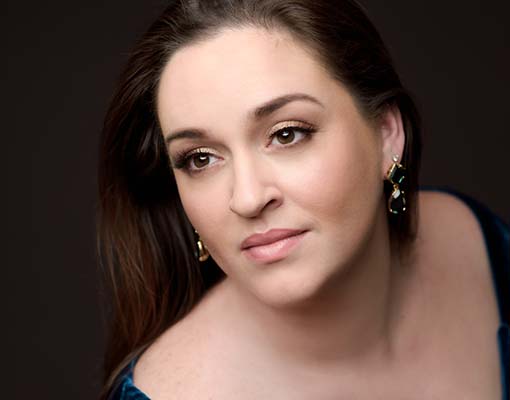