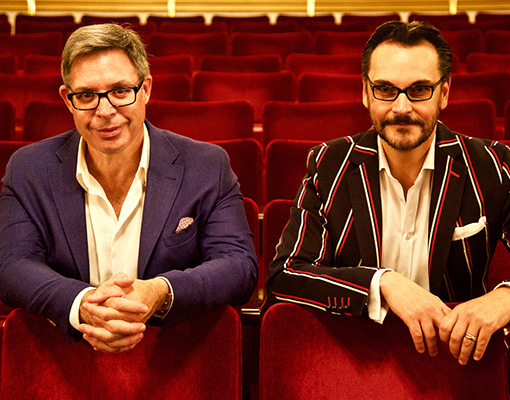 After separate beginnings in dance, theatre, television and the opera field Renaud Doucet, Stage director & Choreographer, and André Barbe, Set & Costume Designer, created together over 30 new opera productions that are recognized for their creativity, sense of spectacle and minutely detailed dramaturgy.

André Barbe received a bachelor of Fine Arts at Concordia University then studied at the National Theatre School of Canada under the tutelage of designer François Barbeau. Up to now he designed over 300 productions for Theatre, Television and Opera. He received the Irish Times Irish Theatre Award 2005 for best designer for the production of Pénélope at Wexford Festival Opera as well as the 2011 Rolf-Mares Prize for best sets & costumes for the production of La Cenerentola at the Hamburgische Staatsoper.
Since 2010 he is regularly invited to teach Set & Costume design at the National Theatre School of Canada.

In 2019 their production of Il Bravo by Mercadante received the Irish Times Theatre Award for Best Opera Production.

”Every opera I have ever seen staged by the director/designer team of Renaud Doucet and André Barbe has been visually memorable and Vancouver opera’s new La Bohème is no exception”.

“The audience roared its approval at the conclusion of Cincinnati Opera’s “Turandot” in Music Hall Saturday night – and for good reason. It was, without a doubt, the most dazzling production of Puccini’s “Turandot” this city has ever seen.”

”Quirkier and funnier than most productions of La Bohème, this production looks likely to tour well”.

”Vancouver Opera’s latest staging of Puccini’s La Bohème is a handsome production of a perennial favourite. It’s also a sequel of sorts to last season’s lavish Turnadot by the direction/design team of Renaud Doucet and Andre Barbe, who have updated the story of love in the garrets of Paris to a vaguely 1920s mise en scène”

“André Barbe and Renaud Doucet managed to combine the worlds of verismo Liù, fairy tale Prince and mythic Ice Princess into an exciting and moving whole. Barbe’s set worked wonderfully on all levels… Doucet’s brilliant choreography kept the large cast of characters in outstanding form… and Barbe’s flamboyantly colourful costumes repeatedly fell into their patterned places like a king-size kaleidoscope.” 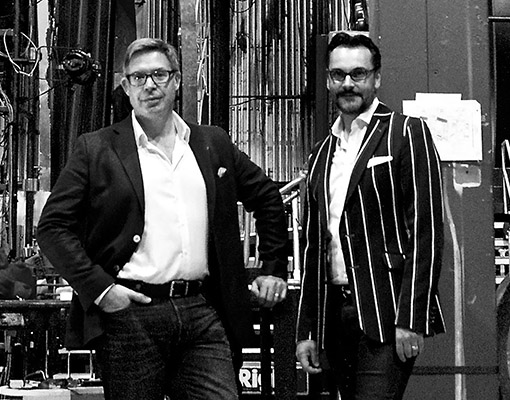 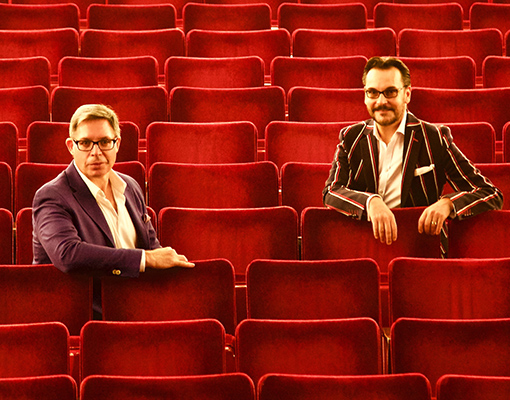