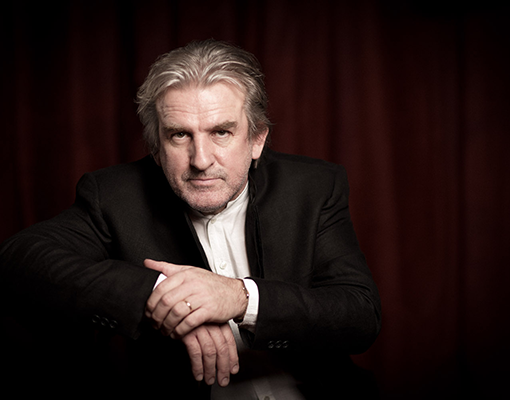 Barry Douglas has established a major international career since winning the Gold Medal at the 1986 Tchaikovsky International Piano Competition, Moscow. As Artistic Director of Camerata Ireland, the only all-Ireland orchestra and the Clandeboye Festival, he continues to celebrate his Irish heritage whilst also maintaining a busy international touring schedule.  In January 2021 Barry Douglas was made a Commander of the Order of the British Empire for services to music and community relations in the 2021 New Year Honours List.

In recent seasons Barry performed with a list of orchestras that includes the London Symphony, St. Petersburg Philharmonic, Russian National, Vancouver and Colorado Symphonies, and the Halle Orchestra.  In 16/17 he marked the 30th anniversary of his Tchaikovsky International Piano Competition win with full Tchaikovsky Piano Concerto cycles with the RTE Orchestra in Dublin and the Ulster Orchestra in Belfast.   Also noted for his promotion of contemporary repertoire, he performed the premiere of Kevin Volans’ fourth piano concerto with the Birmingham Contemporary Music Group and the European premiere of the Penderecki Piano Concerto.

Other recent highlights include a major UK tour with the Russian State Symphony Orchestra, and appearances with the RTE, Barcelona and Sydney Symphonies as well as a continuation of his collaboration with the Borodin String Quartet.  A highly sought-after recitalist and chamber musician, he has given performances across the globe from Royal Albert Hall, Barbican and Wigmore Hall and the Verbier Festival to the Forbidden City Concert Hall in Beijing, Grand Theatre in Shanghai and other cities in China.

Barry is an exclusive Chandos recording artist.  He recently completed a six-album recording of the full works for solo piano of Brahms.  International Record Review wrote that “this is indeed Brahms playing of the utmost integrity and authority… this cycle looks set to become a benchmark version.”    His current recording projects focus on the solo piano works of Schubert and Tchaikovsky. Also with Chandos Barry is exploring Irish folk music through his own arrangements, working with ancient melodies through to pieces by contemporary song writers.

In 1999 Barry Douglas founded the chamber orchestra Camerata Ireland to celebrate and nurture the very best of young musicians from both Northern and the Republic of Ireland.  In addition to striving for musical excellence, one of the orchestra’s aims is to further the peace process in Ireland by promoting dialogue and collaboration through its musical education programmes.  Barry regularly tours with Camerata Ireland throughout the world.  Highlights of past seasons were Camerata Ireland’s debut at the BBC Proms in London and a world premiere of a new cantata commissioned by The Honourable The Irish Society, “At Sixes and Sevens”, alongside the London Symphony Orchestra to celebrate Derry-Londonderry becoming City of Culture 2013.

Barry Douglas received the Order of the British Empire (OBE) in the 2002 New Year’s Honours List for services to music.

The soloist for this concert was Irish pianist Barry Douglas, whose relaxed approach to Shostakovich’s Piano Concerto No.2 made light of its fiendish rhythmic demands. Its central slow movement is some of the saddest music the composer wrote, but the opening is playful and jazzy, and that bluesy feel returns in the dialogue the piano has with the cello section later. Douglas and Uryupin were both alive to the contrasts in the work in what was a vibrant partnership.

“Next up was pianist Barry Douglas, who movingly interpreted Rachmaninov’s Piano Concerto No 1 in the concert’s centrepiece performance. Written when the composer was, astonishingly, just 17 and 18 (although substantially revised in his 40s), Douglas deftly captured the quick switches in tone, from a moving delicacy through the gamut of emotions to furious, tumbling cascades of notes.”

In between came a very grown-up Shostakovich Second Piano Concerto from Irish pianist Barry Douglas. It might have been written for his pianist son’s graduation concert, but for Douglas and Uryupin, the Concerto’s youthful playfulness hid something far darker. From the snappy, spiky, heavily accented opening, there was a wonderfully menacing, manic edge to their account – put aside somewhat in their caressing slow movement, but returning in the biting, chilly clarity of the finale. …. it was a brilliant, perceptive reading. – The Scotsman

“Douglas played purely Rachmaninoff ….The audience went crazy when it was over.” – Theater Jones

“Then came Barry Douglas, winner of the Gold Medal at the 1986 Tchaikovsky International Piano Competition. What made me gasp with admiration was how such a wonderful virtuoso can still produce such a fresh renewal of the most famous (and sometimes hackneyed-sounding) Piano Concerto ever composed. Douglas can barnstorm when needed, which is frequent in this work (and caused the composer’s friend, Nikolai Rubinstein to produce hurtful, negative comments as to its general “worthlessness”) but he can almost seemingly recreate the calmer passages in a thoughtful and, yes, almost profound way.

“What brought tears to my eyes was the collaboration he had with Søndergård, nowhere better illustrated than near the end where the first violins steal in (here ever so quietly) with to join the soloist before the final flourish. This was a magnificent rendition by a master of the keyboard not concerned with surface glitter but with the inner truth of Tchaikovsky’s youthful romanticism. It is good to know the critical Rubinstein soon changed his opinion and became one of the work’s most loyal champions as, indeed, Barry Douglas is today.”

“Barry Douglas’ first volume devoted to the piano music of Schubert, recorded in the beautiful acoustics of the Curtis Auditorium at Cork School of Music, leaves me speechless. This timbral science is from another time. The Steinway is no longer a piano but a singer; the sound is modelled by words, an unsupported eloquence distilled from the long melodic Molto moderato ribbons of the ultimate Sonata, attempting silences, seeking the quiet nuance to create expectation. Mysteries, lyricism, and this golden, autumnal colour lead to dreams … his whole skill shines, subtly, elegantly, emotionally. “

“In this interpretation [Rachmaninov, Piano Concerto No. 3], pianist Barry Douglas showed his skills as a virtuoso performer with extreme musicality… His feverish and explosive performance became the justification for all that came before and after … the most sublime and accomplished interpretation of all time.”

“Douglas played purely Rachmaninoff ….The audience went crazy when it was over.”

“… an enthralling mix of chiselled brilliance and melting lyricism.”

“Douglas’s interpretation of the piece was totally commanding, mingling moments of dreamy contemplation with the surges of muscular self-assertion… Douglas caught their commingling of beauty and sorrow with the sure touch of a Brahmsian master. “

“Douglas… appeared completely relaxed at the keyboard and was well on top of the pyrotechnics – rapid octaves and glittering passagework were dispatched with ease. I was struck by the lightness of Douglas’s; playing which was crystalline and delicate but without being precious. He characterised Strauss’s gambolling capers and high jinks brilliantly – the playing was at turns roughish, witty, coy and coquettish while the difficult runs seemed to scamper along.”

“Douglas superbly draws out the contrasts within each piece, bringing out their individual character… his tone is a deep velvet cushion, the legatos full of affection and the rhythms galvanised with great energy.”

“Douglas delivered a storming performance of Brahms’s F minor Sonata Op 5, the highlight of the evening. This bold early masterpiece plays to Douglas’s pianistic strengths: his big keyboard sound, the weight of his tone and his general press-on approach. The first movement was tremendously effective and the Scherzo rippled with authentic Brahmsian muscularity, embodying Claudio Arrau’s advice that Brahms must be played from the shoulders, not the fingers. But the contrasts were sharply drawn, and Douglas’s scrupulous use of the pedal never allowed the sonata’s dreamier pages to disappear into sonic mists.”

“[Penderecki’s Piano Concerto is] a feast of contrasting moods, and huge orchestral moments underpinned by a persistent rhythmic invention that sustains dramatic interest over its 37-minute length. It’s the kind of work that would make a huge impact in a live concert performance. Pianist Barry Douglas gives an electrifying performance and the reliable Antoni Wit draws an energetic performance from the Warsaw Philharmonic.” 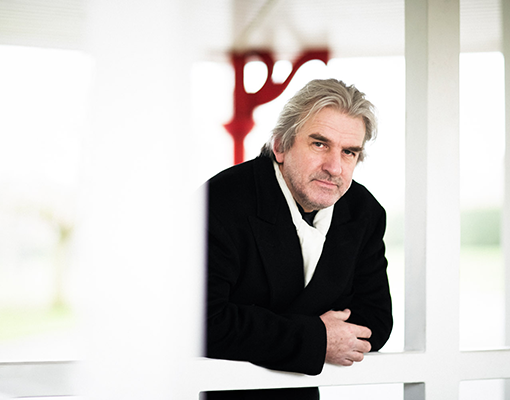 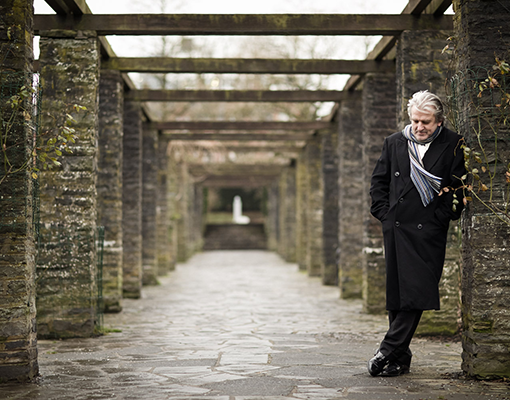 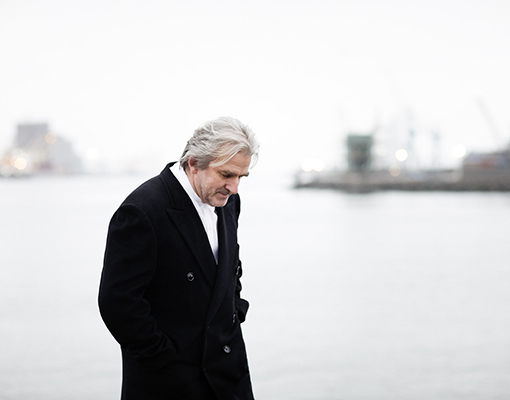 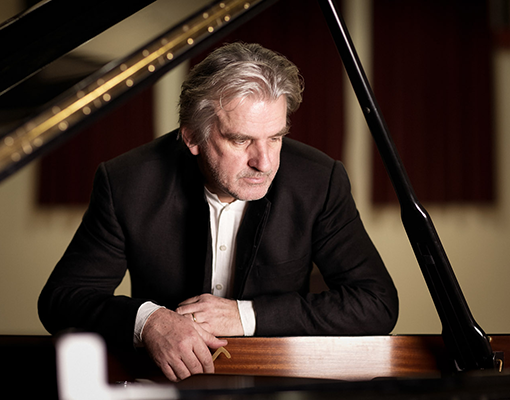 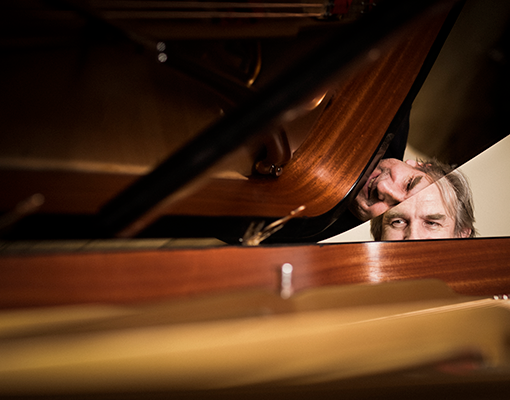