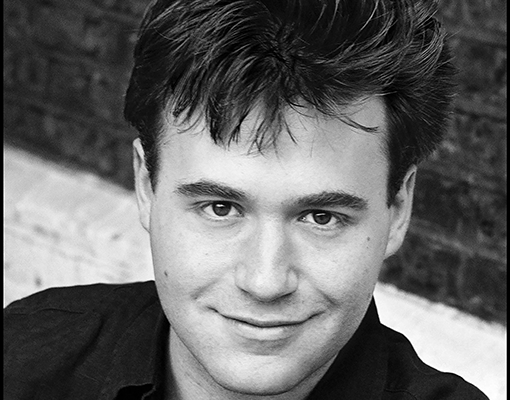 Recent seasons include concert debuts with the Los Angeles Chamber and London Philharmonic Orchestras, conducting the Hamburg Symphony (three times, including their annual New Year performances of Beethoven 9), Zagreb Philharmonic, Netherlands Symphony and RTÉ Concert Orchestras. He has also performed with the SWR Stuttgart Radio Symphony, Bournemouth Symphony, Slovakian Philharmonic and Helsingborg Symphony Orchestras and made a critically acclaimed disc of Bloch compositions with the BBC National Orchestra of Wales and his father, Raphael.

Benjamin has also conducted the orchestra of the Beethoven Academy Krakow as part of Poland’s prestigious Beethoven Easter Festival, and the Prague Philharmonia at the world acclaimed Dvorak Prague Festival. In the US he has worked with great success with the Monterey Symphony, North Carolina Symphony, Redlands Symphony and Long Beach Symphony Orchestras.

Benjamin has received over 50 commissions for the concert hall, ballet and theatre. He made his BBC Proms debut in 2006 conducting the world première of Escape Velocity; the fourth work composed under his  tenure as Associate Composer of the Orchestra of St. John’s. He has also written for the BBC Singers, Bath International Festival of Music, Belcea Quartet, Goldberg Ensemble, Hallé Orchestra, Hamburg Symphony Orchestra, Netherlands Radio Philharmonic, and the Manchester Camerata, and his music has been performed at venues including the Barbican, Berlin Philharmonie, Sadler’s Wells, Bridgewater Hall, Cadogan Hall, Royal Opera House Linbury Theatre, and broadcast on BBC Radio 3, BBC Radio 4 and Classic FM.

In 2003 he was commissioned by the Rambert Dance Company to compose an electroacoustic ballet score for award-winning choreographer Rafael Bonachela. Recent concert commissions include major orchestral works for the London Philharmonic Orchestra and a Violin Concerto commissioned by the LA Chamber Orchestra. He signed an exclusive publishing agreement with Edition Peters in August 2006.

Between 2003 and 2005 Benjamin was Assistant Conductor of the Netherlands Radio Philharmonic. During this time he assisted Vladimir Ashkenazy, Valery Gergiev, Edo de Waart and Leonard Slatkin and frequently conducted the NRPO in venues including the Concertgebouw, De Doelen Rotterdam and the Muziekcentrum Vredenburg, Utrecht and in numerous studio recordings. He was Music Director of the Crested Butte Music Festival of Colorado between 2013-2016.

Benjamin was awarded the Master of Music degree with Distinction in composition from the Royal Academy of Music and is the first composer in the Academy’s history to be awarded it’s highest graduate accolade, the Honorary Diploma of the Academy. Benjamin was the recipient of every Academy composition prize including the Theodore Holland Intercollegiate Prize and the Performing Right Society Foundation Scholarship. He went on to study conducting in London with Sir Charles Mackerras and Vernon Handley and in Germany with Bruno Weil. He was awarded First Prize in the 2001 British Reserve Insurance Conducting Competition with a unanimous vote from both Jury and Orchestra.

Acclaimed by The Strad as “one of the finest accompanists anywhere on the podium”, Benjamin has performed concerti with some of the world’s finest soloists in including Evelyn Glennie, Pekka Kuusisto, Freddy Kempf, Dame Felicity Lott, Branford Marsalis, Igor Oistrakh, Jean-Yves Thibaudet and John Williams. Alongside a number of his own orchestral works, he has recorded Shostakovich’s First Violin Concerto with Ruth Palmer and the Philharmonia, a disc of bassoon concerti with Karen Geoghegan and the Orchestra of Opera North for Chandos, and concerto recordings with the London Symphony Orchestra and the English Chamber Orchestra. Upcoming concerts include conducting the Netherlands Philharmonic in a special complete performance of Ravel’s masterpiece Daphnis and Chloe at the Concertgebouw in Amsterdam.

“Benjamin is outstanding in Epiphanie, where the intricate, Debussyan instrumentation is exquisitely textured, and the orchestral partnership is subtle and nuanced. “

“Benjamin is outstanding in Epiphanie, where the intricate, Debussyan instrumentation is exquisitely textured, and the orchestral partnership is subtle and nuanced. “

“Under the baton of guest conductor Benjamin Wallfisch, suitably pared down in size to fit the period instrumentation, the orchestra still produced a full and balanced sound, with sterling precision and delightful quality. Haydn’s famous Surprise Symphony, with its lightness and musical humor [was] beautifully interpreted.”

“Wallfisch’s monumental approach lent LACO’s rendering of the composer from Bonn’s Symphony No. 2 in D Major a big-boned Beethovenian luster, rather than its oft misplaced categorization as a last nostalgic gesture toward the classicism of Haydn and Mozart. The work’s rhetoric and its textures were handled well — the winds and brass had a field day — and every tempo seemed gauged perfectly. The performance confirmed this sometimes overlooked symphony as just one temperamental step away from the Eroica that was to follow a couple of years later. Performing it, LACO sounded a lot like its older and heftier counterpart at Disney Hall. “

“Wallfisch conducted with a grand gesture and intensity. […] His conducting and interpretation of Beethoven’s Symphony No.2, was a special pleasure. The woodwinds and brass performed their solos with clarity and style, as did the string section. At one point, Wallfisch put down the baton, and using his hands shaped phrases and dynamics playfully in the air. The audience responded with a very warm applause and many bravos for the young conductor and the orchestra. “ 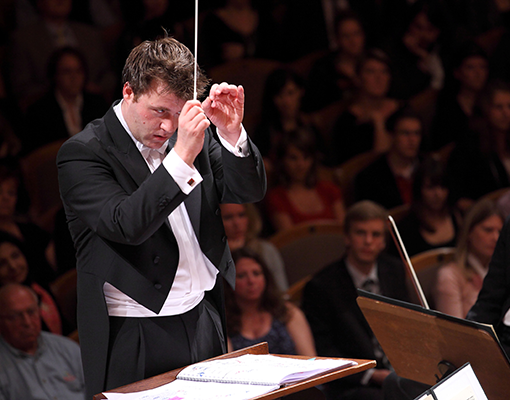 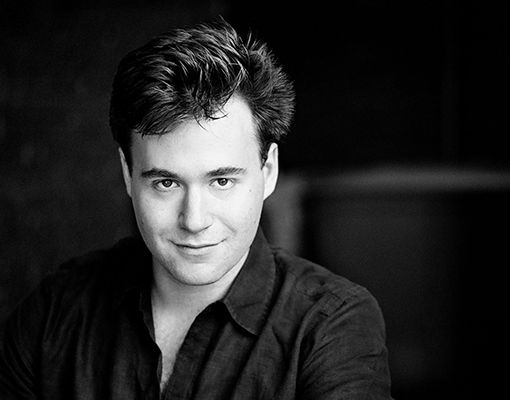 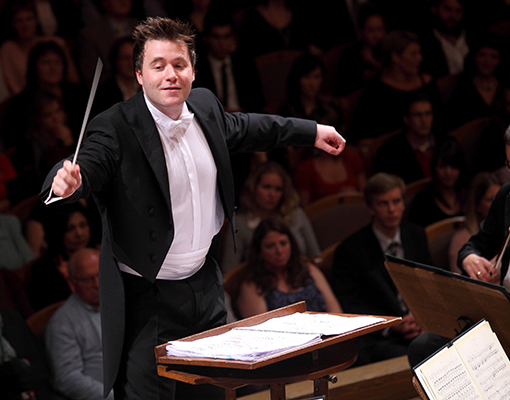 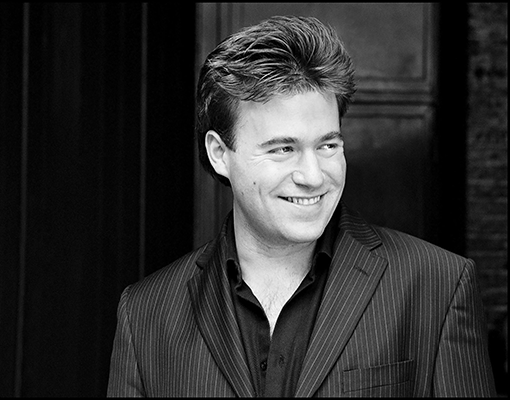 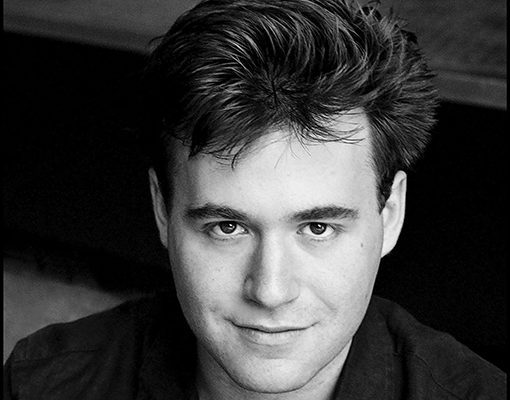