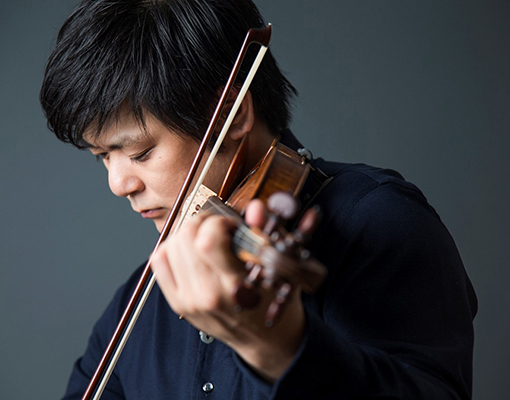 Both as the soloist of an international orchestra and as a sought-after chamber musician, Daishin Kashimoto is a regular guest of major concert halls around the globe. In his decade-long role as first concert master of the Berliner Philharmoniker, this tremendous wealth of experience also benefits him in his equally adept role as a soloist, where he plays a wide repertoire ranging from classical to new music.

Daishin Kashimoto has appeared with the NHK Symphony Orchestra, Boston Symphony Orchestra, Orchestre National de France, the Bavarian, Hessian, and West German Radio Symphony Orchestras, the Orchestre de la Suisse Romande, and the St Petersburg Philharmonic Orchestra under conductors such as Mariss Jansons, Seiji Ozawa, Lorin Maazel, Yehudi Menuhin, Paavo Järvi, Myung-Whun Chung, Daniel Harding, and Philippe Jordan. He can also be heard as a soloist in concerts with the Berliner Philharmoniker. Past engagements include Mozart’s Sinfonia Concertante at the Grafenegg and Lucerne Festivals, Prokofiev’s Violin Concerto No. 1 under the baton of Sir Simon Rattle, and Tchaikovsky’s Sérénade Mélancolique and Valse Scherzo at Berlin’s Waldbühne under direction of Andris Nelsons.

His parents introduced him to various instruments early on, with the three-year-old opting for the violin and receiving his first lessons in Tokyo. After moving to the United States, Daishin Kashimoto was accepted, at the tender age of seven, as the youngest student to ever attend Julliard School’s pre-college program; at age eleven he transferred to the Lübeck University of Music under Zakhar Bron, before becoming a student of Rainer Kussmaul at the Freiburg University of Music from 1999 to 2004. He also had great success in major competitions as a teenager, taking first prize at the Menuhin Junior International Competition in 1993, the Cologne Violin Competition in 1994, and in 1996 at the Vienna Fritz Kreisler and the Long-Thibaud Competitions.

Daishin Kashimoto has been the artistic director of the Le Pont Music Festival in Ako and Himeji (Japan) since 2007. Daishin Kashimoto plays on a Guarneri del Gesu 1744 de Beriot violin kindly loaned by Asuka Corporation and its chairman Mr. Hikaru Shimura.

“Kashimoto and Uchida’s combined quietness and exceptional control meant the incredibly rarefied, atmospheric ending – in which the violin rises to stratospheric altitude then descends in a slow, unshakeable, pianissimo succession of fifths and fourths – was breathtaking.”

“Daishin Kashimoto, a Japanese national born in London who studied at the Juilliard when barely in long trousers, started prodigiously young – he gave his first full recital aged nine and has scooped most of the world’s top violin prizes. Today he is first concertmaster of the Berlin Philharmonic Orchestra. He also has a lively career as soloist and chamber musician. His clean, elegant tone and peerless accuracy suit these Beethoven sonatas, requiring digital precision in, say, the early “classical” Op 12 set or the witty, tail-chasing Scherzo of the C minor, Op 30 No 2. In contrast he easily embraces the big-boned ambitions of the Kreutzer Sonata Op 47, never sounding forced. Konstantin Lifschitz is a sympathetic, alert partner, even if the recording seems to favour the violin perhaps more than Beethoven would have expected. But the musicianship is never in question.”

“And this was indeed an ensemble concert, not a star recital; of the final encore, Strauss’s Morgen, it’s Daishin Kashimoto’s violin solo that lingers in the memory more than Kožená’s singing or Rattle’s playing.” 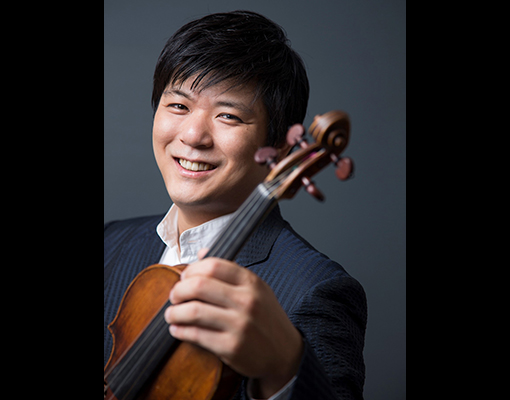