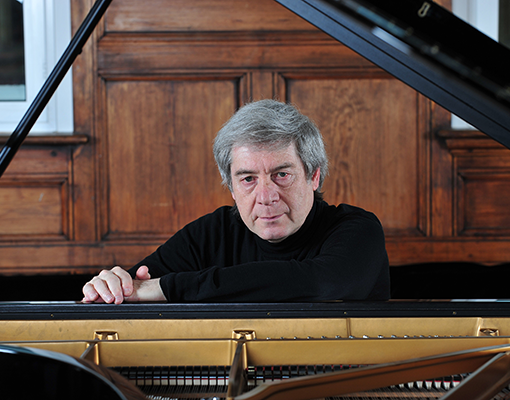 Russian pianist Dmitri Alexeev is one of the world’s most highly regarded artists. His critically acclaimed recitals on the world’s leading concert stages, and concerto appearances with the most prestigious orchestras have secured his position as one of “the most remarkable pianists of the day” (Daily Telegraph).

He has performed in all major concert halls around the world and with all leading orchestras such as the Berlin Philharmonic, Chicago Symphony Orchestra, Philadelphia Orchestra, Royal Concertgebouw of Amsterdam, the five London orchestras, Orchestre de Paris, Israel Philharmonic and the Munich Bavarian Radio Orchestra amongst others. He has worked with conductors such as Ashkenazy, Boulez, Dorati, Gergiev, Giulini, Jansons, Muti, Pappano, Rozhdestvensky, Salonen, Svetlanov, Temirkanov, Tilson Thomas and Klaus Tennstedt amongst many others.

During previous seasons he was the Artistic Director of the Leeds International Recital Series, and Artistic Director and Artist in Residence of the concert series “Musis Sacrum” in Arnhem and Nijmegen, in the Netherlands. In 2021, he curated a series of concerts entitled ‘Beyond Boundaries’ at St John’s Smith Square and the Royal College of Music, London, in memory of his former teacher, Dmitri Bashkirov; “… a lavish feast … spectacular … His manner is ruthlessly focused, always high, lucid and bright … the biggest tour de force …” (The Arts Desk). Alexeev has been a juror for many of the world’s most prestigious International Piano Competitions, including the Leeds, Chopin (Warsaw), Van Cliburn, Santander, Beethoven (Vienna) and Tchaikovsky (Moscow) International Piano Competition. He regularly gives masterclasses around the world. Alexeev became Professor of Piano at the Royal College of Music in 2005. Many of his past and current students are top prize winners at major international piano competitions such as the Leeds, Tchaikovsky, Liszt (Utrecht), Viotti, Sydney, Santander, Scottish, Dublin and Maria Canals International Piano Competition to name a few.

Alexeev has made many fine recordings for Brilliant Classics, EMI, BMG, Virgin Classics, Hyperion and Russian labels. His discs include piano concertos by Schumann, Grieg, Rachmaninov, Prokofiev, Shostakovich, Scriabin, Medtner and solo works by Bach, Brahms, Schumann, Chopin, Liszt, Scriabin, Rachmaninov and Prokofiev. Following his Virgin Classics recording of the complete Rachmaninov Preludes, which won the Edison Award in the Netherlands, BBC Music Magazine described him as “a pianist at once aristocratic, grand and confessionally poetic. This is an inspiring disc.” In December 2012, his recording of Scriabin’s complete Piano Sonatas was released on Brilliant Classics. This was followed by recordings of Scriabin’s complete Etudes, Preludes, Poèmes, Waltzes and Mazurkas. A box set of Scriabin Complete Piano Music followed in 2021 (Brilliant Classics). His recording of the complete Chopin Mazurkas was released in 2014 – a recording that Gramophone Magazine referred to as one of the best recordings of the Chopin Mazurkas that have appeared in the past three-quarters of a century, alongside those of Rubinstein and Yakov Flier.

“This great poet of the piano warmed his brilliantly articulated playing with a ripe, ringing core to each note.”

“… a Titan … magisterial … colossal … There was undeniable physical impact, from the first, perfectly placed chords of Chopin’s late Polonaise-Fantaisie and the poetry rising from them at the start of the programme to the triumphant last of Schumann’s Études Symphoniques at the official end … the forcefulness is spell-binding, and there aren’t many pianists who can produce a resonance that goes right through your body as you sit at some distance from the stage.”

“… achingly beautiful … full of vigour and optimism … a great feat in retaining poise while playing on the edge.”

“Alexeev has the uncanny ability of discerning each mazurka’s unique character and individual utterance. This lends his interpretations a stunning variety … Immaculate phrasing is an integral part of these finely wrought performances, but for me Alexeev’s handling of Chopin’s intricate voice-leading and idiosyncratic harmonies is most impressive … Alexeev’s set will confidently take its place among the best … It may in fact become your favourite of all, as it has mine.” [Chopin Complete Mazurkas, CD]

“Tonight Dmitri Alexeev gave an astonishingly powerful performance, thundering from the opening ascending chords to an impossibly athletic and powerful close in the first movement. In the first solo passage he demonstrated his ability to find new angles on the music, resisting common practice and inserting subtle changes of dynamic here and there. He then found a beautifully tender lyricism in the pastoral themes of the second movement, before attacking the third with energetic vigour.” [Tchaikovsky, Piano Concerto No. 1]

“… a thoughtful, poetic player willing to go out on a limb … to superb effect.” 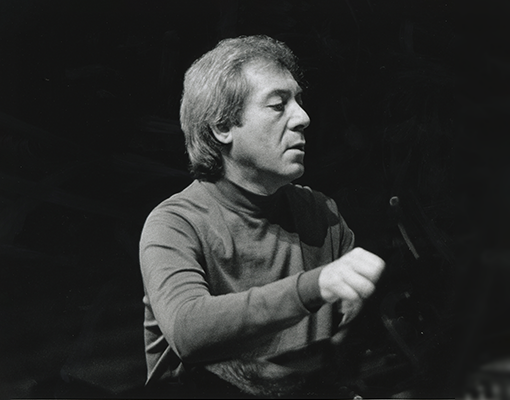 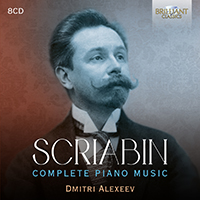 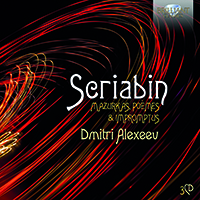 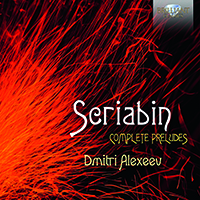 Prokofiev: Concerto For Piano And Orchestra No. 1 In D-Flat Major, Op. 10 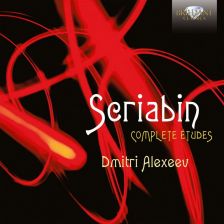