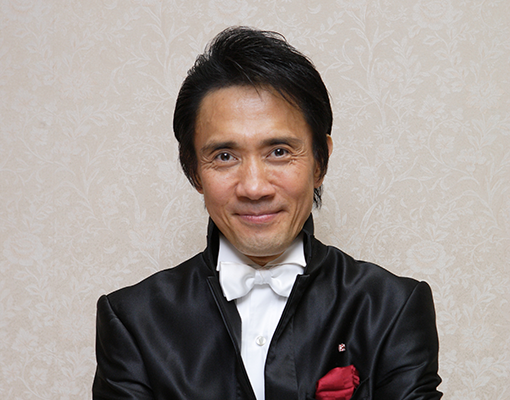 Renowned for his ‘extraordinary interpretations’ (La Nacion) and his ‘trademark good humour […] and great energy’ (BackTrack), Eiji Oue has conducted many of the world’s finest orchestras throughout his career, including the New York Philharmonic, the Philadelphia Orchestra, the Frankfurt Radio Symphony, and the Munich Philharmonic. Oue is currently Conductor Laureate of both the Osaka Philharmonic, having served as its Music Director from 2003-2011, and the NDR Radio Philharmonic in Hanover, following an eleven-year tenure as Principal Conductor (1998-2009). He has also held the positions of Music Director of the Minnesota Orchestra (1995-2002) and Barcelona Symphony Orchestra (2006-2010). As previous Music Director of Wyoming’s Grand Teton Music Festival (1997-2003), Oue was the driving force behind the founding of one of the festival’s most beloved events, its annual outdoor Fourth of July Community Concert.

Passionate about music education and stewarding the next generation of musicians, Oue is Professor of Conducting at the Hochschule für Musik, Theater und Medien in Hanover, a post he’s held since 2000. Amongst his many honours and awards are the 1980 Koussevitzky Prize at Tanglewood and both first prize and the Hans Harin Gold Medal at the 1981 Salzburg Mozarteum conducting competitions. In November 2005 he received the Praetorius Music Prize from the state of Lower Saxony and the Lower Saxony Order of Merit in 2009.

Born in Hiroshima, Japan, Oue began piano lessons at the age of four, eventually entering the Toho Gakuen School of Music as a performance major where he began his conducting studies with Seiji Ozawa’s teacher Hideo Saito. In 1978, he was invited by Maestro Ozawa to spend the summer studying at the Tanglewood Music Center. It was there that he met Leonard Bernstein, who became his long-time mentor and colleague. They shared the podium on three international tours with concerts at Teatro alla Scala, Wiener Staatsoper, Opéra de Paris, and in Moscow, St Petersburg, Berlin, Rome, and other musical capitals. In 1990 he assisted Bernstein in the creation of the Pacific Music Festival in Sapporo, Japan, serving as resident conductor for the Festival Orchestra.

Current as at 27 Aug 2019, please destroy all previously dated materials.

“This was a performance of intense expressivity, yet also rigorous control.”

“The conductor, Eiji Oue, kept musical passions running high. […] This is the raciest Tristan I have heard – flexibly shaped without losing the music’s contour, ever-sensitive to voices, never hot-headed.”

“This was a performance of intense expressivity, yet also rigorous control.”

“Bubbling over with good humour and liveliness, the smiling presence of Oue from the podium immediately evoked a sunny mood for the opening allegro of Haydn’s “Miracle” Symphony. The NSO responded with great energy to the demonstrative conducting of Oue, whose diminutive frame darted about, eliciting a fresh, vibrant sound from the orchestra …”

“The still young Eiji Oue […] created an excellent sound and color from the orchestra, showing the originality of its conception of Mahler.”

“The conductor, Eiji Oue, kept musical passions running high. […] This is the raciest Tristan I have heard – flexibly shaped without losing the music’s contour, ever-sensitive to voices, never hot-headed.”

“The Japanese maestro conducted with powerful gestures, producing an extrovert and theatrical sound, realising the score with a concentrated dedication and achieving a proportionate success. The orchestra responded with enthusiasm and efficiency to the directions of an ecstatic Oue, who tastefully unveiled this musical fresco, without a score.”

“The big surprise however was not so much the twentieth century compositions, but the forceful, original and extraordinary interpretation Oue gave Tchaikovsky’s Pathetique. With great refinement and an unprecedented security, Eiji Oue raised this performance far beyond the mere routine. The man has ideas, worked them through well with the orchestra and the result was amazing. In some moments of lyricism, Oue was reminiscent of Celibidache and his obsession with slow tempi to heighten the intimacy of the music. He approached the threshold of sound with maximum clarity and moments of great power, and did not gloss over the details. Rarely has the Philharmonic sounded as vigorous and as accurate as in the third movement. The tremendous ovation that followed it was in no way down to an audience unaware of concert conventions, but a truly spontaneous response to the overwhelming power of the music which is rarely as well served as this.” 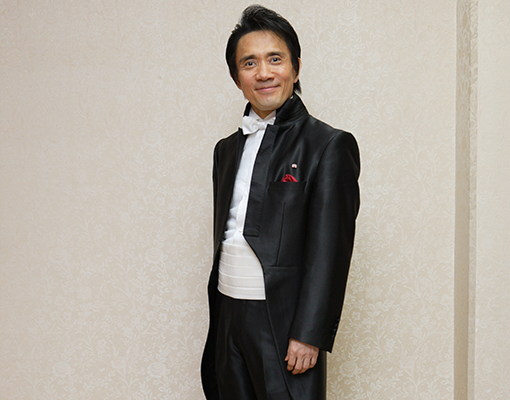 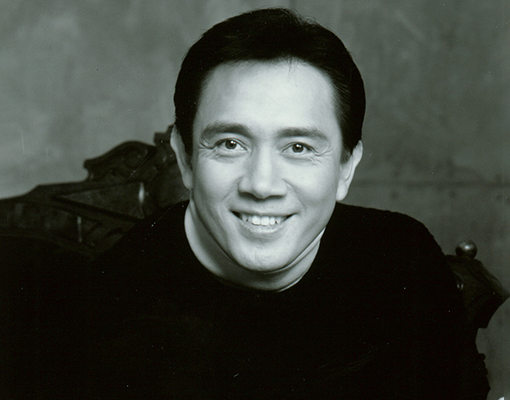