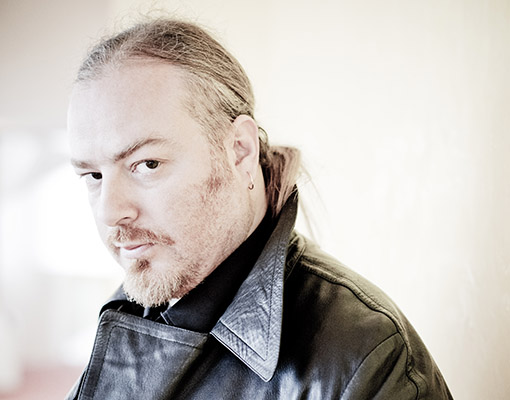 Evgeny Nikitin hails from Murmansk, in the very north of Russia.  His first love was to compose, sing, play drums and guitar in heavy metal bands, but his vocal gift took him in a different direction. He was accepted at the Saint Petersburg Conservatory in 1992 and was soon combining his studies with his first solo engagements at the famed Mariinsky Theatre under Valery Gergiev’s direction. It wasn’t long before he was invited to major theatres and festivals throughout Europe, the Americas and Asia.

Mr. Nikitin’s 2022/2023 season is marked by his debut at the Liceu Barcelona as Scarpia (Tosca) and his return to the Metropolitan Opera as Telramund (Lohengrin).

His recent engagements include Khovanshchina at the Paris Opera, Der Fliegede Holländer at the Metropolitan Opera, Madrid, Toronto, Leipzig and Tokyo, Kurwenal (Tristan und Isolde) at the Metropolitan Opera, Amfortas (Parsifal) in Berlin and Valencia (under Maazel), Don Pizzaro (Fidelio) in Valencia, Jochanaan (Salomé) in Zurich and Amsterdam, Don Pizzaro and Telramund (Lohengrin) at the Wiener Staatsoper, Scarpia in Chicago.

Major festival appearances include Scarpia (Tosca) and Filipo (Don Carlo) at the Baden-Baden Festspiele, Ibn Hakia (Iolanta) in Salzburg, Jochanaan and Pizzaro at the Verbier Festival.

His recordings include Amfortas with the Mariinsky Theatre/Gergiev and with the Berlin Radio Symphony/Janowski; Rangoni (Boris Godunov) and Remeniuk (Semyon Kotko) for Philips Classics. He has also recorded a solo recital of Wagner arias for Naïve. Cinema and DVD appearances include Parisfal and Boris Godunov from the MET, Boris Godunov at the Mariinsky and the Bayerische Staatsoper.

“Evgeny Nikitin delivered such soaring, charismatic, legati at this point that you might almost have believed his promise to renounce evil. He is precisely what the role and the opera needs: physically, vocally, a complete star.”