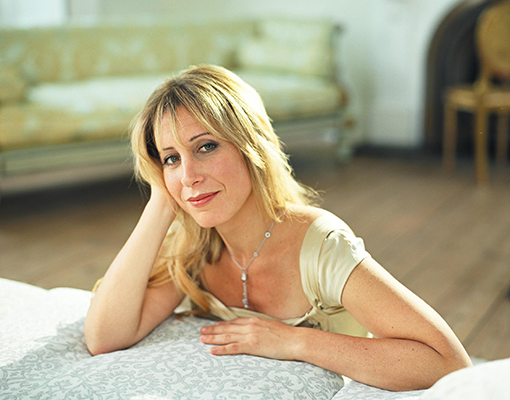 Argentine pianist Ingrid Fliter has won the admiration and hearts of audiences around the world for her passionate yet thoughtful and sensitive music making played with an effortless technique. Winner of the 2006 Gilmore Artist Award, one of only a handful of pianists and the only woman to have received this honor, Ms. Fliter divides her time between North America and Europe.

In Europe, Ms. Fliter has performed with orchestras and in recital in Amsterdam, London, Berlin, Frankfurt, Salzburg and Cologne, and participated in festivals such as La Roque D’Antheron and the Prague Autumn Festival. Recent European engagements include appearances with the Monte Carlo, Osaka, Helsinki and Royal Stockholm Philharmonics; the Philharmonia, Royal Philharmonic Orchestra, BBC Symphony and the Proms in London; the Danish Radio Symphony Orchestra and Swedish Chamber Orchestra; and recitals in Paris, Barcelona, Milan, Prague, Stockholm, Lisbon, and in London at both Wigmore Hall and Queen Elizabeth Hall.

In Asia Ingrid has performed with the Israel and Osaka Philharmonics, at the World Pianist Series in Tokyo, the International Piano Series in Singapore and has made numerous trips to Hong Kong, Australia and New Zealand.

Ingrid Fliter made her American orchestral debut with the Atlanta Symphony just days after the announcement of her Gilmore award. Since then, she has appeared with most of the major North American orchestras including the Cleveland and Minnesota Orchestras, the Boston, San Francisco, St. Louis, Toronto, Detroit, National, Dallas, Houston, Cincinnati, New World, San Diego and New Jersey symphonies among others, as well as at the Mostly Mozart, Tanglewood, Grant Park, Aspen, Ravinia, Blossom, Tippet Rise and Brevard summer festivals. She mades her debut at the Grand Tetons Festival in summer 2022. Equally busy as a recitalist, Ms. Fliter has performed in New York at Carnegie’s Zankel Hall, the Metropolitan Museum and the 92nd Street Y, at Chicago’s Orchestra Hall, and in Boston, San Francisco, Vancouver and Detroit, as well as for the Van Cliburn Foundation in Fort Worth.

Ms. Fliter has recorded both Chopin concertos with the Scottish Chamber Orchestra/Jun Maerkl for Linn Records as well as the complete Chopin Preludes for the same label. Her two all-Chopin recordings for EMI earned her the reputation as one of the pre-eminent interpreters of that composer while her most recent EMI recording is an all-Beethoven CD featuring the Pathetique and Appassionata sonatas. Live recordings of Ms. Fliter performing works by Beethoven and Chopin at the Concertgebouw in Amsterdam are available on the VAI Audio label. Her most recent recordings for Linn Records feature the Mendelssohn and Schumann concertos with the Scottish Chamber Orchestra and the complete Chopin Nocturnes. She will record an all-Schumann disc in the winter of 2023.

Born in Buenos Aires in 1973, Ingrid Fliter began her piano studies in Argentina with Elizabeth Westerkamp. In 1992 she moved to Europe where she continued her studies in Freiburg with Vitaly Margulis, in Rome with Carlos Bruno, and with Franco Scala and Boris Petrushansky at the Academy “Incontrui col Maestro” in Imola, Italy. Ms. Fliter began playing public recitals at the age of eleven and made her professional orchestra debut at the Teatro Colon in Buenos Aires at the age of 16. Already the winner of several competitions in Argentina, she went on to win prizes at the Cantu International Competition and the Ferruccio Busoni Competition in Italy and in 2000 was awarded the silver medal at the Frederic Chopin Competition in Warsaw. She has been teaching at the Imola International Academy “Incontri col Maestro” since the autumn of 2015.

Biography August 2022 – please do not amend without consulting IMG Artists:

“The Argentine Ingrid Fliter whose touch in the middle movement [of Beethoven’s Piano sonata No. 8, ‘Pathetique’, Op 13] is daringly dreamy.”

…on this occasion the evening began with Mozart’s enchanting piano concerto, played by RSNO favourite Ingrid Fliter. It was a joy both to listen to and – indeed – to watch, as the pianist’s hands glided with seemingly effortless precision through the three movements; the sections unaccompanied by the orchestra were especially mesmerising. Many of Fliter’s recordings have focused on the repertoire of Chopin, and so it was a treat to hear her play one of his works as the encore.

After the Mozart had washed over us in its exquisite beauty, the Mahler masterpiece was performed following the Interval.”

“The marvellous Ingrid Fliter matched that tone with piano playing as sweet as a glass of condensed milk, and the acidic tinge of the slow movement never lost its beauty, matching seriousness with serenity. Her encore gave us as mellifluous a reading of a Chopin Nocturne as you’ll ever hear.”

Fliter brought explosive energy to the keyboard in the concerto, shooting up from the bench at the end of certain phrases. In the relaxed second movement, the violas, cellos, and basses unrolled a warm, enveloping melody with a nostalgic bent. Fliter dusted it with silvery figures, making for a gossamer halo effect, then led a joyous scamper through the high-flying finale. Throughout, Sung shaped the orchestra with subtle elan. As an encore, Fliter had Chopin’s Nocturne No. 8 in D-flat major, to which she carried over much of the concerto’s final breathless energy.

“One of the most instinctive and eloquent Chopin interpreters playing today.”

“Power, delicacy, refinement and passion are all there in these two concertos… Fliter has a natural, utterly compelling feel and flair for this music, its suppleness of pulse, its glow, its sparkle, its touching fragility and its forceful impetus.

“In all respects, a remarkable disc.”

“The solo playing is exquisite, liquidly expressive in the slow movements, firm-toned but dance-like and deliciously pliable in the faster ones. […] Chopin with attitude and integrity.”

“It’s a breath-taking performance. The orchestra’s subtle and sensitive playing perfectly accompany Fliter’s strongly expressive interpretation, which is at turns lyrical and powerful.”

“This is very much Chopin playing in the great tradition: rich-toned, generous though never profligate with its rubato, and invested with a vast range of keyboard colour. It’s all put together meticulously too – there’s great subtlety in the way Fliter shapes the slow movements of both concertos.”

“a mesmerising set of Preludes”

“…the five Mazurkas and 2 Nocturnes are so outstanding that I would recommend this disc for them alone.”

“ [Fliter] has that magical way of creating an easeful rubato without ever sounding studied, and holds Classicism and freedom in perfect accord. Add to that a clarity of vision and a tremendous sense of purpose and you have a mesmerising set of Preludes…    She is a virtuoso of the first order but she holds this in reserve, so when she does unleash her full technical armoury, it’s extraordinarily potent.”

“Fliter understands these pieces from the inside. You can hear from her playing not only that she adores the music but also that she appreciates the characteristics, the sentiments, the ideas that Chopin was distilling in these jewel-like creations…  Fliter crystallises the moods precisely, neither over-emphasising the emotion nor short-changing the music.”

“[Fliter] brings a powerful and individual voice to the Preludes. The first feature that stands out is her tone quality: forthright, with warm and singing legato… it makes for a rewarding and absorbing listen.”

“As always with her Chopin, the rewards are great. Playing of real charm, insight and subtlety”.

“The 24 Preludes of Op. 28 roll by with the sensitivity that is always Fliter’s hallmark”.

“…a torrential account of the B flat minor prelude, as exciting as any I’ve ever heard, and a fiercely dramatic one of the F minor, both performances that get well rewarded for the risks they take. Fliter fans certainly won’t be disappointed.”

“Fliter plays with such grace and heartfelt sincerity… by whatever magical means, [she] touches the heart.” 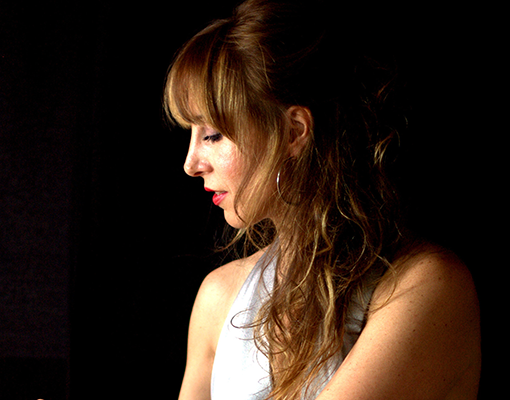 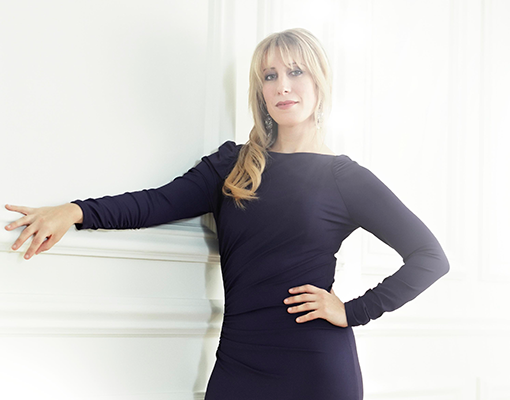 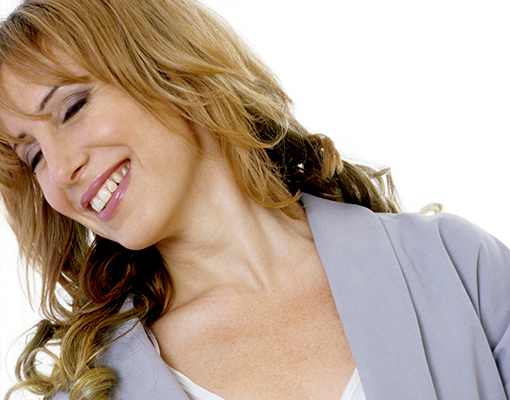