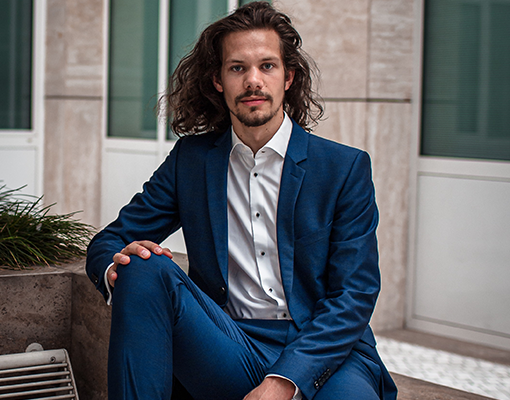 Bass, Jonas Jud of Switzerland, joined the International Opera Studio of Opernhaus Zürich in the fall of 2022, appearing as 2nd Soldier in Salome, 2nd Armored Man in Die Zauberflöte, and as Oberlin in a studio performance of Jakob Lenz. In the summer of 2022, Mr. Jud performed Sarastro in Die Zauberflöte with Opernspiele Munot.

As an apprentice artist at the Santa Fe Opera, Mr. Jud covered Bartolo in The Marriage of Figaro and Theseus in A Midsummer Night’s Dream. With Yale Opera, he performed Sprecher in Die Zauberflöte and Melisso in Alcina. Mr. Jud performed Caronte in L’Orfeo at the Ouverture Opéra in Sion, Switzerland and Colline in La bohème with Opernspiele Munot in Schaffhausen. He made his international debut as Truffaldino in Ariadne auf Naxos and as Skomorokh/3rd Sailor in The Tale of Tsar Saltan at the Isny Opernfestival in Germany. He also sang Sarastro in Die Zauberflöte at the Teatro Civico di Schio and at the Teatro di Castelfranco Veneto, Italy.

In addition to opera, Mr. Jud shares a deep passion for sacred and concert works including, Bach’s Magnificat, Haydn’s Nelsson Mass, and Mozart’s Missa brevis in D. In 2019 he had the opportunity to perform with the Moscow Soloists under the baton of Yuri Bashmet in Conegliano, Italy.

Mr. Jud’s first stage experience was in 2015, at only 18 years old, when he won the first prize at the Schweizerischer Jugendmusikwettbewerb in Switzerland. Shortly thereafter, he received the Grand-Prix at the Young Vocalists Competition in Syktyvkar, Russia. He completed his bachelor’s degree at the Conservatorio di Musica Agostino Steffani in Castelfranco Veneto, Italy and his master’s degree at the Yale School of Music.

“… and the jewel of the evening, [was] the very young Swiss bass, Jonas Jud (Colline).”

“… and Swiss bass Jonas Jud, whose powerful voice will make the church tremble.” 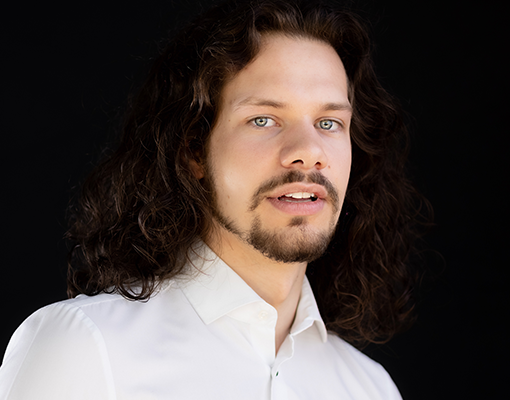