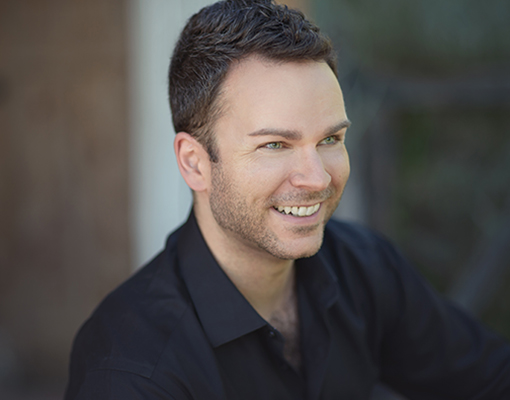 Known as one of the finest singer-actors of his generation, JUNO award-winning Canadian baritone Joshua Hopkins has been hailed as having “…a glistening, malleable baritone of exceptional beauty, and…the technique to exploit its full range of expressive possibilities from comic bluster to melting beauty” (Opera Today).

In the 2021-2022 season, Joshua Hopkins returns to the Metropolitan Opera as Orpheus in the New York premiere of Matthew Aucoin’s Eurydice, conducted by Yannick Nézet-Séguin and directed by Mary Zimmerman. He also joins Lyric Opera of Chicago for his role debut as Belcore in L’elisir d’amore under the baton of Enrique Mazzola, makes his house debut at Seattle Opera as Count Almaviva in Le nozze di Figaro, and returns to Santa Fe Opera for his signature role of Figaro in Il barbiere di Siviglia. On the concert stage, he performs Songs for Murdered Sisters – a collaboration between composer Jake Heggie and author Margaret Atwood, personally conceived by Mr. Hopkins in remembrance of his sister, Nathalie Warmerdam – with both Houston Grand Opera and the National Arts Centre Orchestra in Ottawa. Mr. Hopkins also presents this new song cycle as part of a full recital with pianist Myra Huang, streamed online with Vocal Arts DC.

In the 2020-2021 season, Mr. Hopkins made his house debut at Palm Beach Opera as Papageno in Die Zauberflöte and Silvio in Pagliacci. He was scheduled to return to the Metropolitan Opera in the title role of Billy Budd, Figaro in Il barbiere di Siviglia, and Mercutio in Roméo et Juliette, as well as to Houston Grand Opera as Albert in Werther. Songs for Murdered Sisters was given its online premiere by Houston Grand Opera in a film presentation directed by James Niebuhr on the Marquee TV platform, prior to Pentatone releasing a commercial recording of the work. Additionally, Mr. Hopkins joined the Bard Music Festival for music of Nadia Boulanger and Ethel Smyth as well as Fauré’s Requiem, and made his festival and role debut at the Edinburgh International Festival as Harlekin in Ariadne auf Naxos under the baton of Lothar Koenigs.

In the 2019-2020 season, Mr. Hopkins returned to the Metropolitan Opera as Papageno in its English-language adaptation of The Magic Flute, created the role of Orpheus in the world premiere of Matthew Aucoin’s Eurydice at Los Angeles Opera, and made his house debut at Opéra de Rouen Normandie as Figaro in Il barbiere di Siviglia. He also made his role debut as Athanaël in a concert version of Thaïs with the Toronto Symphony Orchestra, conducted by Sir Andrew Davis and recorded for Chandos Records; the CD later garnered the 2021 JUNO Award for Best Classical Album: Vocal or Choral. He had also been scheduled to sing Albert at the Metropolitan Opera, conducted by Yannick Nézet–Séguin.

Additional highlights of past seasons include Mr. Hopkins’s Metropolitan Opera debut as Ping in Turandot, conducted by Andris Nelsons, a return to the Metropolitan Opera as Cecil in Sir David McVicar’s new production of Donizetti’s Maria Stuarda, conducted by Maurizio Benini, his Lyric Opera of Chicago debut as Tadeusz in Weinberg’s The Passenger, conducted by Sir Andrew Davis in an acclaimed production by David Pountney, his role debut as the title character in Don Giovanni with Utah Opera, and his Dutch National Opera debut creating the leading role of Niccolò Machiavelli in the world premiere of Mohammed Fairouz and David Ignatius’s The New Prince. Further highlights include performances as Junior in Bernstein’s A Quiet Place with New York City Opera, Sid in Britten’s Albert Herring under the baton of Sir Andrew Davis and Dr. Falke in a new production of Die Fledermaus at Santa Fe Opera, and Mercutio in Roméo et Juliette at Lyric Opera of Chicago, directed by Bartlett Sher. He returned to Houston Grand Opera as Valentin in Faust, and originated the role of Harry Bailey in the world premiere of It’s a Wonderful Life, directed by Leonard Foglia and conducted by Patrick Summers, recorded by Pentatone.

Past concert engagements include his European concert debut with the Orquesta Sinfónica del Principado de Asturias in Spain, performing Peter Lieberson’s beautiful and poignant Songs of Love and Sorrow, Bach’s Magnificat with Orchestra of St. Luke’s under the baton of Robert Spano at Carnegie Hall, and both Nielsen’s Symphony No. 3 and Mozart’s Mass in C minor with the New York Philharmonic under the baton of Alan Gilbert. Mr. Hopkins toured North America with Bernard Labadie and Les Violons du Roy offering performances of Bach’s Christmas Oratorio and Handel’s Messiah in Quebec, Montreal, Los Angeles, and at Carnegie Hall in New York. He has also performed and recorded Bach’s St. John Passion with the Portland Baroque Orchestra and Arion Orchestre Baroque. He has performed the Messiah with many symphonies across North America, including the San Francisco Symphony, Philadelphia Orchestra, National Arts Centre Orchestra, and National Symphony Orchestra. Additional highlights of his concert schedule include performances of Grieg’s Peer Gynt in his debut with the Cleveland Orchestra under the baton of Vladimir Ashkenazy, Handel’s Dettingen Te Deum with the San Francisco Symphony, Die Zauberflöte with the Toronto Symphony Orchestra led by Bernard Labadie, and Brahms’s Ein deutsches Requiem with Hans Graf and the Houston Symphony, and later at Baldwin Wallace University’s 85th Bach Festival.

Mr. Hopkins has won numerous awards and distinctions. He was the winner of both the Verbier Festival Academy’s 2008 Prix d’Honneur and the Borletti-Buitoni Trust Award in 2006. He was also a prizewinner at the prestigious 2006 ARD Musikwettbewerb in Munich and the 2005 Plácido Domingo Operalia Competition held in Madrid. In 2002, José Carreras presented him with the first place prize in the Julián Gayarre International Singing Competition in Pamplona. Mr. Hopkins has also received prizes from the George London Foundation and the Jacqueline Desmarais Foundation, and won the Sylva Gelber Foundation Award from the Canada Council for the Arts.

“He owns a gorgeous voice, a voice with gold in it. I am not talking about its bankability, but rather its tone…this young Hopkins is one of those golden singers, and he filled the Koch Theater with this gold, this glow.”

“The drastic change, however, concerns the Count himself, whose promiscuity, in the context of 1970s ideas about open sexuality, originally turned him into a greater social rebel than Figaro. In a superbly judged performance, however, Joshua Hopkins makes him sinister as well as sexy.”

“Joshua Hopkins is likewise superb as the Count, contrasting a smooth, honeyed tone with a characterisation that is lecherous and abusive. “

“And the baritone Joshua Hopkins won your heart as the tormented, yet charming Junior. Mr. Alden has written that it was difficult to deal with this somewhat dated character: a gay man who is “punished” with mental illness. Yet Bernstein’s music ennobles and animates Junior, and with his mix of anguish and vitality, Mr. Hopkins triumphed over stereotype. “

“…one element of the endeavour transcends even this overall consistent standard – the quality and lithe exuberance of baritone Joshua Hopkins’ Figaro. Vancouver audiences have enjoyed Hopkins as a lieder singer who combines an innately appealing instrument with musical sensitivity and precision. Here he delivers a stunning interpretation of Figaro, rooted in his physical sense of the character. He has the tone, the timing, and the confidence to make it appear effortless fun; from quicksilver recitatives to solo work and ensembles, Hopkins is the focus of the production. And he couldn’t be better.”

“An athletic Joshua Hopkins capered comically and sang stunningly as the bird-catcher Papageno…Hopkins has a perfectly placed, resonant baritone with a gorgeous, easy sheen to it…he is a singer to watch and will doubtless achieve real heights in both song and opera, for he has brains and joy to go with his voice.”

“Canadian baritone Joshua Hopkins’s Marcello was the star among the bantering bohemians: his was a consummate performance, with impressive singing and convincing acting. “

“There are two casts. One features Joshua Hopkins as Papageno, and he is reason alone to catch this “Flute.” The baritone seems to have it all — a warm, supple voice; easily communicative phrasing; and such assured, effortless acting that he could clearly be at home on any stage, not just the operatic variety.” 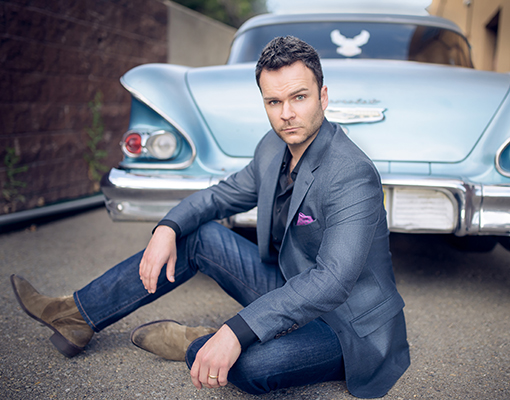 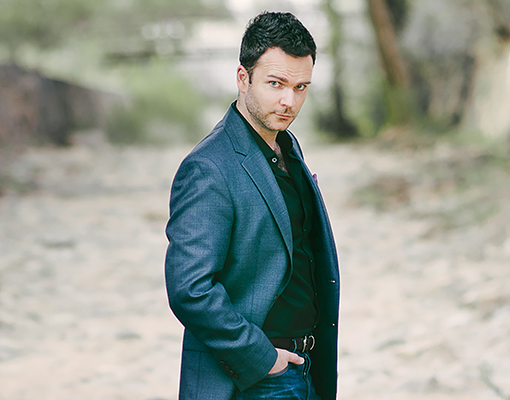 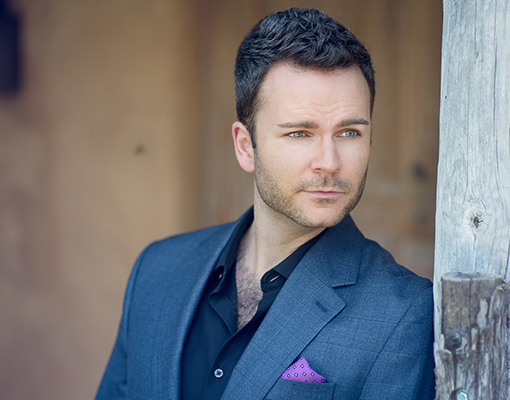 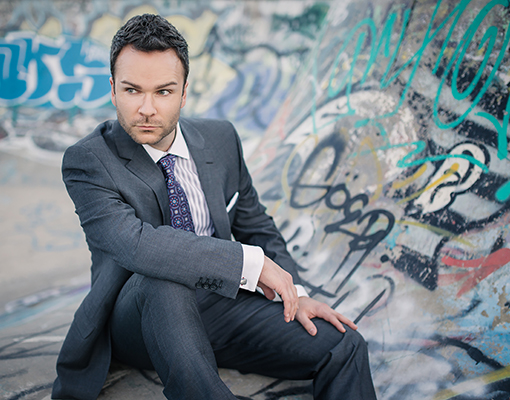