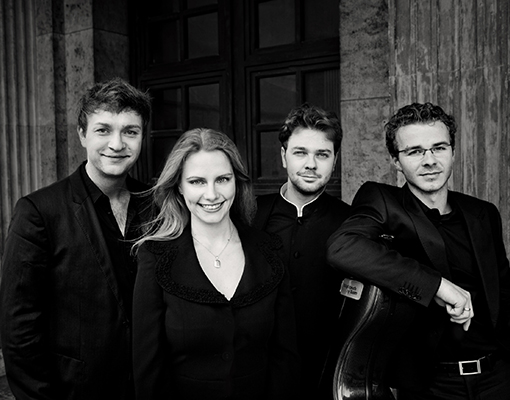 2017-18 marks the seventh season of Julia Fischer appearing with her own quartet. The Julia Fischer Quartet unites Ms. Fischer with three renowned musicians, each soloists in their own right: violinist Alexander Sitkovetsky, violinist Nils Mönkemeyer and cellist Benjamin Nyffenegger. These four artists have performed chamber music jointly in different configurations for multiple years. The idea to establish a string quartet was born in 2010, when all four musicians acquired a broad repertoire during Julia Fischer’s festival at Lake Starnberg. Personalities met who saw eye to eye and whose contributions were on an equal footing as much as they were of utmost responsiveness to the other musicians’ ideas. This season the Julia Fischer Quartet performs at Wigmore Hall, Tonhalle Zürich, Philharmonie Luxembourg, Prinzregententheater Munich and Gewandhaus Leipzig amongst others.

Alexander Sitkovetsky was born in Moscow into a prominent family of musicians. He performed his first concert when he was just eight years old. He became a student at the Menuhin School the same year and henceforth experienced Lord Menuhin as his inspiring patron and musical partner. Sitkovetsky gave concerts with him during all his school years, including Bach’s Double Concerto, Bartók’s Duos and Mendelssohn’s Violin Concerto under Menuhin’s baton. Incidentally he met with Julia Fischer at the Yehudi Menuhin Competition 1995, where they both participated at the age of eleven. Today Alexander Sitkovetsky performs as soloist with major European orchestras. He recorded CDs under the Angel/EMI, Decca and Orfeo labels, including the 2008 recording of Bach’s Double concerto with Julia Fischer. “He is moved by a passion of music-making one finds very rarely only.” (Julia Fischer)

Artistic brilliance and cutting-edge programming are Nils Mönkemeyer’s signature features helping him to bring to his instrument, the viola, tremendous attention as well as giving him international renown in a short period of time. Born in Bremen he is much in demand as soloist by significant orchestras world-wide. He won many prizes, for instance at the 2006 Yuri Bashmet Competition in Moscow, the German Music Competition and the British Parkhouse Award in 2009. Exclusively recording for Sony Classical, his first two CDs received the coveted ECHO Klassik Award. Beginning with the 2011/2012 season Nils Mönkemeyer was appointed as professor at the Munich University of Music and Performing Arts becoming Julia Fischer’s next-door fellow there. Both were former students at this university and understood each other superbly from the very beginning of their first joint chamber music projects. “It was spiritual kinship, personally as well as musically.” (Julia Fischer)

Benjamin Nyffenegger studied with Walter Grimmer and Thomas Grossenbach at the Zurich Academy of Arts. He graduated with honors there in 2005. Two years earlier David Zinman, the Music director of the Tonhalle Orchestra, granted him a scholarship for the Aspen Festival and School. He is laureate of several national and international competitions. Benjamin Nyffenegger contributes regularly to prestigious festivals throughout the globe and performed as soloist with major European chamber and full-size orchestras. He joined the Tonhalle Orchestra Zurich as co-principal cellist in 2008. He met Julia Fischer during joint chamber music projects for the first time in the 2009/2010 season.
“His spontaneity on stage was scary in the most positive sense.” (Julia Fischer) 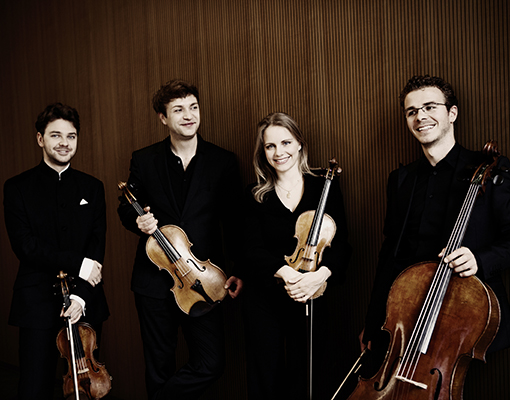