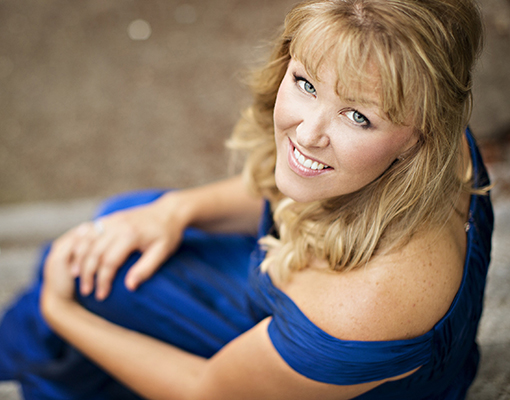 American soprano Katie Van Kooten’s operatic and concert appearances continue to thrill audiences and garner praise for her “powerful, gleaming soprano.” Of her recent role debut as Tatyana in Tchaikovsky’s Eugene Onegin, the Houston Chronicle wrote, “Her singing is extraordinary in its radiance, power and sheer expressiveness. Her ‘Letter Scene’ alone, would be reason enough to attend.”

Highlights of the 2019-2020 season include returns to the Metropolitan Opera as the Marschallin in Strauss’ Der Rosenkavalier under the baton of Sir Simon Rattle, and to Oper Frankfurt to reprise her acclaimed portrayal of Ellen Orford in Britten’s Peter Grimes conducted by Lawrence Foster. Concert appearances include Verdi’s Requiem with the Phoenix Symphony led by Music Director Tito Muñoz and Beethoven’s Missa Solemnis with Chamber Music of Amarillo.

In the 2018-2019 season, Ms. Van Kooten made her house debut with Arizona Opera as the Countess in Mozart’s Le nozze di Figaro. Concert appearances included Beethoven’s Ninth Symphony with the Calgary Philharmonic Orchestra and the Fort Wayne Philharmonic, as well as Verdi’s Requiem with the Eugene Symphony.

Operatic highlights from recent seasons include Tatyana in Eugene Onegin at Houston Grand Opera, where she has also appeared as Elisabetta in Donizetti’s Maria Stuarda opposite Joyce DiDonato, Mimi in La bohème, and Ellen Orford in Britten’s Peter Grimes in a new production by Neil Armfield.  She has performed Donna Elvira with Dallas Opera, Liù in Turandot with Opera New Orleans, Elettra in Idomeneo and Vitellia in La Clemenza di Tito at Oper Frankfurt, Mimi and the Countess at Lyric Opera of Kansas City, the Countess with Atlanta Opera, and Donna Elvira with Opera Grand Rapids. Ms. Van Kooten made her house debuts at the Metropolitan Opera in the acclaimed Nicolas Joël production of La Rondine as Magda and at Houston Grand Opera as Helena in Britten’s A Midsummer Night’s Dream. She made her debut at the Royal Opera House, Covent Garden as Magda in La Rondine and return performances there have included Antonia in Les Contes d’Hoffmann opposite Rolando Villazón and led by Antonio Pappano, Pamina in Die Zauberflöte, Mimi in La bohème, and Marguerite in Faust. She made her Japanese debut as Micaëla in Carmen under the direction of Seiji Ozawa, and her United States debut performing Marguerite in Gounod’s Faust with the Metropolitan Opera on the Great Lawn of Central Park.

Notable appearances on the concert stage include performances with the San Francisco Symphony for Beethoven’s 9th Symphony with Michael Tilson Thomas and Handel’s Messiah led by Ragnar Bohlin, as well as a New Year’s Eve program with Dmitry Sitkovetsky. She has performed Beethoven’s Ninth Symphony with the Boston Symphony Orchestra at Tanglewood, Baltimore Symphony conducted by Nicholas McGegan, Philadelphia Chamber Orchestra, Charlotte Symphony Orchestra, Oregon Symphony conducted by Jean-Marie Zeitouni, Louisville Symphony and Rochester Philaharmonic.  She has performed Beethoven’s Missa Solemnis with Tucson Symphony Orchestra, Mozart’s Requiem with the London Philharmonic Orchestra under the direction of Vladimir Jurowski, and Strauss’ Four Last Songs with the Halle Orchestra led by Edward Gardner. She made her Minnesota Orchestra debut as the Marschallin in Der Rosenkavalier under the direction of Andrew Litton and returned for Strauss’ Four Last Songs and Mahler’s Symphony No. 4 under the baton of music director Osmo Vänskä.  She has also sung the Marschallin in excerpts from Strauss’ Der Rosenkavalier alongside Heidi Grant Murphy with the Bellingham Music Festival.

A graduate of the Guildhall School of Music and Drama in London, Ms. Van Kooten studied voice with Rudolf Piernay.  She received her Bachelor’s degree in vocal performance from Biola University where she studied with Dr. Jeanne Robison and is a graduate and perpetual member of the Torrey Honors Institute.

“…a major operatic talent. Her singing has something of the same glow radiated by Te Kanawa or Freni, and her endearing charm and bright smile make her a winning stage personality.”

“The rising young soprano Katie Van Kooten, an American who has made her career mainly in London, contributed a highly appealing Marguerite, offering a fluent, securely sung Jewel Song, graced by a good trill, and some nicely floated phrases in the Love Duet. She was also strong in projecting Marguerite’s anguish in the Church Scene.”

“The role of schoolmistress Ellen Orford, Grimes’ only friend, could not be any more sensitively acted or exquisitely sung than it is here by Katie Van Kooten… With her radiant soprano and intense conviction, Van Kooten is ideal as the compassionate Ellen. She conveys the heartbreaking essence of the role, that her desperate effort to save Grimes is futile, as she at last realizes in her beautiful “Embroidery” aria.”

“Making her Hallé debut, she brought a rapt beauty to Richard Strauss’s Four Last Songs, the perfect vehicle for her lyrical yet dramatic voice. Her full, glowing tone soared remarkably easily over the orchestra and her innate feeling for a long phrase allowed the ecstasy and longing of the first two songs to unfold seamlessly… As for Van Kooten, she sounded unforced, unfettered, even – especially in “Frühling” – while showing no inclination to linger unnaturally over music that is already autumnal enough in its sense of elegiac valediction. Her voice seemed to blossom through each piece, radiating myriad colours, to the work’s shimmering end.” 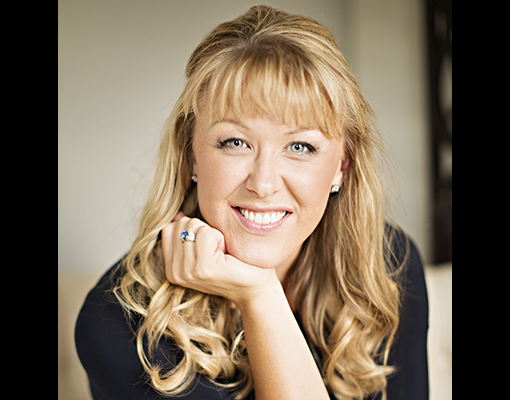