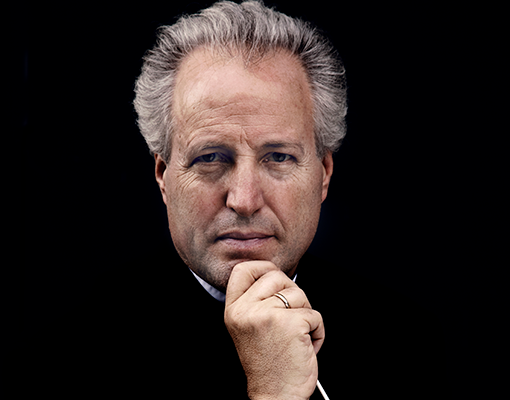 Manfred Honeck has firmly established himself as one of the world’s leading conductors, whose distinctive and revelatory interpretations receive great international acclaim. He is now entering his 15th season as Music Director of the Pittsburgh Symphony Orchestra, where his contract was extended last year to run through the 2027-2028 season. Celebrated at home and abroad, he and the orchestra continue to serve as cultural ambassadors for the city of Pittsburgh.  Guest appearances regularly include Carnegie Hall and Lincoln Center in New York, as well as the major venues of Europe and festivals such as the BBC Proms, Salzburg Festival, Musikfest Berlin, Lucerne Festival, Rheingau Music Festival, Beethovenfest Bonn, and Grafenegg Festival. In August and September 2022, they will celebrate the 75th anniversary of the orchestra’s first international tour with three weeks of concerts at the leading European festivals.

Manfred Honeck’s successful work in Pittsburgh is extensively documented by recordings on the Reference Recordings label, featuring works by Beethoven, Brahms, Bruckner, Shostakovich, Strauss, Tchaikovsky, and others. They have received a multitude of outstanding reviews and awards, including many GRAMMY® nominations, and he and the orchestra won the GRAMMY® for “Best Orchestral Performance” in 2018. The most recent release, Beethoven’s Symphony No. 6, coupled with Stucky’s Silent Spring, was an “Editor’s Choice” of Gramophone.

Born in Austria, Manfred Honeck completed his musical training at the University of Music in Vienna. His many years of experience as a member of the viola section in the Vienna Philharmonic and Vienna State Opera Orchestra have had a lasting influence on his work as a conductor, and his art of interpretation is based on his determination to venture deep beneath the surface of the music. He began his conducting career as assistant to Claudio Abbado and as director of the Vienna Jeunesse Orchestra. Subsequently, he was engaged by the Zurich Opera House, where he was awarded the European Conducting Prize in 1993. He has since served as one of three principal conductors of the MDR Symphony Orchestra Leipzig, as Music Director of the Norwegian National Opera, Principal Guest Conductor of the Oslo Philharmonic Orchestra and Czech Philharmonic Orchestra, and Chief Conductor of the Swedish Radio Symphony Orchestra in Stockholm.

Manfred Honeck also has a strong profile as opera conductor. In his four seasons as General Music Director of the Staatsoper Stuttgart, he conducted premieres of operas by Berlioz, Mozart, Poulenc, Strauss, Verdi, and Wagner. He has also appeared as guest at leading houses such as the Semperoper Dresden, Komische Oper Berlin, Théâtre de la Monnaie in Brussels, Royal Opera of Copenhagen, and the Salzburg Festival. In 2020, Beethoven’s anniversary year, he conducted a new staging of Fidelio (1806 version) at the Theater an der Wien. In autumn 2022, he will make his debut at the Metropolitan opera in New York, leading a revival of Mozart’s Idomeneo. Beyond the podium, Manfred Honeck has designed a series of symphonic suites, including Janáček’s Jenůfa, Strauss’s Elektra and Dvořák’s Rusalka, all of which he recorded with the Pittsburgh Symphony Orchestra, and regularly performs around the globe. The most recent arrangement, of Strauss’s Salome, will be premiered by the Pittsburgh Symphony Orchestra in June 2023.

Manfred Honeck holds honorary doctorates from several universities in the United States and was awarded the honorary title of Professor by the Austrian Federal President. In 2018, the jury of the International Classical Music Awards declared him “Artist of the Year”.

Congratulations to our Grammy® Award Winners 2018

IMG Artists congratulates it's winners at the 2018 Grammy® Awards. Conductor Manfred Honeck won awards for his recording of Shostakovich: Symphony No. 5; Barber: Adagio with the Pittsburgh Symphony Orchestra for both Best Orchestral Performance and Best Engineered...

“The Pittsburgh/Honeck Beethoven album reaches the shortlist of this century’s great Beethoven symphony recordings. You don’t often find yourself learning new things, and hearing new angles, in music as well-worn as Beethoven’s Fifth. That is what makes this such a special experience.”

“Honeck’s conducting treats tempo and dynamics flexibly, naturally, and seamlessly […] a stylish, splendidly played interpretation of a kind all too rare today. In the cluttered mess that is the world of classical recordings today, Honeck and Pittsburgh stand virtually alone as a partnership truly worthy of your time and attention.”

“With restrained passion Honeck resists the temptation to wallow and there is a gloriously temperamental power that one feels might explode at any moment… The way Honeck builds up the orchestral weight and volume is compellingly dramatic. Honeck and his Pittsburgh players obtain a maelstrom of emotions that can leave the listener crushed. “

“The Pittsburgh/Honeck Beethoven album reaches the shortlist of this century’s great Beethoven symphony recordings. You don’t often find yourself learning new things, and hearing new angles, in music as well-worn as Beethoven’s Fifth. That is what makes this such a special experience.”

“Honeck’s conducting treats tempo and dynamics flexibly, naturally, and seamlessly […] a stylish, splendidly played interpretation of a kind all too rare today. In the cluttered mess that is the world of classical recordings today, Honeck and Pittsburgh stand virtually alone as a partnership truly worthy of your time and attention.”

“Let’s be very clear here; this is what Strauss should sound like. […] It’s not all virtuoso bombast, either […] Honeck infuses the music with a real sense of purpose throughout the programme. […] Thus the climaxes are genuinely exciting; the transfiguration is beyond gorgeous and there is every feeling that this is something very special. […] It’;s like Karajan’s classic readings, only in better sound and a more natural orchestral picture. Fantastic. “

“[Mozart’s Jupiter symphony] received a performance close to ideal. Drama told through maintenance of line and understanding of harmonic rhythm, not via any applied ‘effects’. The LSO’s playing from all sections was beyond reproach, dark not sugary, counterpoint unerringly projected. Honeck and the orchestra combined the intimacy of chamber music with the dramatic urgency of the opera house […] the LSO clearly loved playing with Honeck, and rightly so, for this was quite a debut, with Mozart surely the cruellest test of all. “

“[Manfred Honeck’s] interpretations hark back to a time when the rules were fewer and the colours brighter. His Mahler Five steered clear of the sleep-inducing modern fixations with orchestral homogeneity and tastefulness and instead jumped right off the deep end.”

“Going through a musical score with Mr. Honeck is like visiting a tourist attraction with an expert local guide. He constantly points out things that have been long forgotten or interprets them in a way that seems utterly appropriate.” 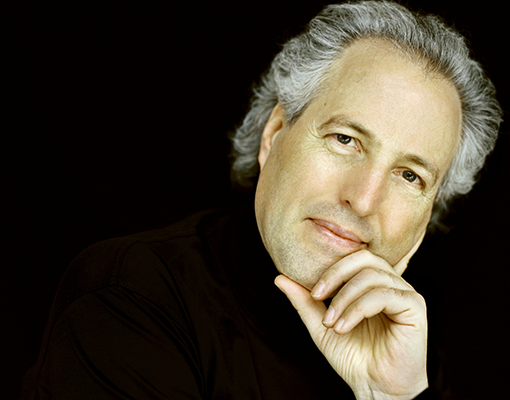 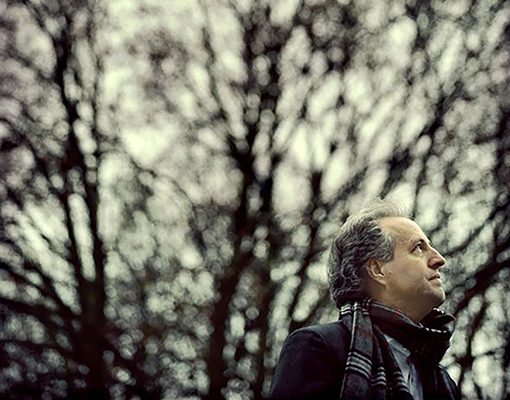 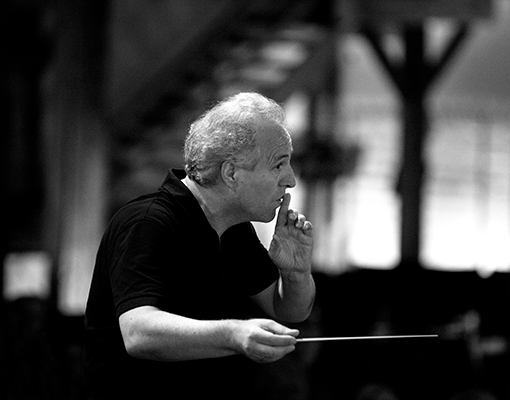 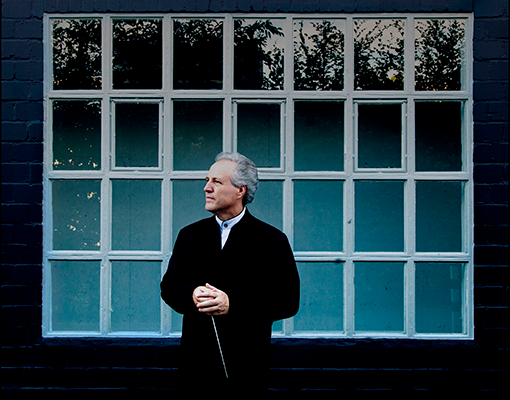 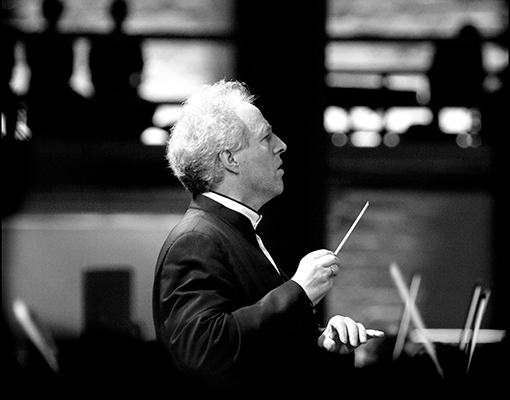 Mahler: Symphony No. 5, in C-sharp Minor