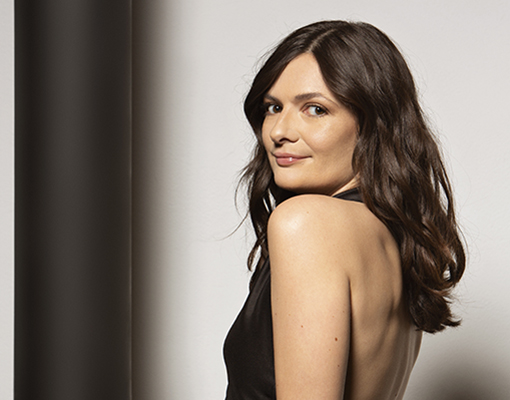 Mezzo-soprano Marianne Crebassa’s spectacular rise in the international music displays her joy and equal ease at being on an opera stage, in a recital hall, in a recording studio or in concert.

An exclusive recording artist with Erato, Marianne has released three albums. The latest, Séguedilles released in October 2021 featured a franco-spanish programme inspired by her Iberic roots. Oh, boy! was devoted to famous trouser roles by Mozart, Gluck, Gounod, etc. and Secrets was an eclectic choice of French and Spanish melodies with pianist Fazil Say.

Following Oh boy! she was named Artiste Lyrique de l’année at the Victoires de la Musique, and she received a Solo Vocal Award at the Gramophone Awards for Secrets.

This season, she will make her role debuts as Romeo (I Capuleti e i Montecchi) at La Scala, and as Jane Seymour (Ann Boleyn) at the Théâtre des Champs-Elysées, as well as reprise the roles of Angelina (La Cenerentola) in Munich, Rosina (Il barbiere di Siviglia) in Paris, followed by her debut at the Festival d’Aix en Provence.

On the opera stage, among her many performances, she has sung Cherubino (Le Nozze di Figaro) at the Metropolitan Opera, Stephano (Roméo et Juliette) at the Chicago Opera Theater, and Dorabella (Cosi fan tutte) in Berlin and Vienna. She has also sung the title role in Offenbach’s Fantasio at the Opéra Comique, Angelina (La Cenerentola) at the Paris Opera and La Scala, Mélisande (Pelléas et Mélisande) at the Berlin Staatsoper, Cecilio (Lucio Silla), Charlotte Salomon and Sesto (La Clemenza di Tito) in Salzburg.

While studying musicology, voice and piano in her hometown of Montpellier, Marianne Crebassa won praise performing Isabella (Wuthering Heights) with the Festival de Radio France and shortly after joined the Paris Opera Young Artist Program, appearing as Orphée (Orphée et Eurydice) and Ramiro (La Finta Giardiniera). A few months later, she made her debut at the Salzburg Festival as Irene (Tamerlano). Her career was launched.

Marianne has performed recitals and concerts with the Festival de Saint Denis, Salzburg’s Mozart Festwochen, The Gulbenkian Foundation, the Orchestre National de France, the Orchestre de Paris, the Wiener Sinfoniker, the Chicago Symphony Orchestra, the Staatskapelle Berlin, the Mostly Mozart Festival, the BBC Proms with the Philharmonia Orchestra, Wigmore Hall, the Théâtre des Champs-Elysées, the Elbphilharmonie and the famous Waldbuhne with the Berlin Philharmonic. She was also was invited by Daniel Barenboim to celebrate the Debussy centenary with concerts with the Staatskapelle along with a recital at the Pierre-Boulez-Saal in Berlin, where she returns in March 2022 to present a new recital programme.

Please note that all modifications made to this biography must be confirmed with IMG Artists before it is printed.

Marianne Crebassa on the January 2017 Cover of Opera Now!

“She brought an extraordinary, and riveting, ability to communicate through her voice – to project drama in a very compelling way; audiences were fascinated by her artistry and virtuosity.”

“Crebassa was completely absorbing throughout the twenty minutes or so these eleven songs played for.”

“This wasn’t just a faultless performance by Crebassa – it was one which drew you in from the first note of the opening ‘Asie’ to the very closing bars of ‘L’Indifférent’.”

“In this context, Charlotte Salomon must count as a succès d’estime – thanks largely to a clairvoyant staging by Luc Bondy and the spell cast by Marianne Crebassa, a dazzling 27-year-old with doe-eyed looks, the seductive innocence of Debussy’s Mélisande and a luscious voice that seems destined for Massenet’s Charlotte (Werther).”

“In this context, Charlotte Salomon must count as a succès d’estime – thanks largely to a clairvoyant staging by Luc Bondy and the spell cast by Marianne Crebassa, a dazzling 27-year-old with doe-eyed looks, the seductive innocence of Debussy’s Mélisande and a luscious voice that seems destined for Massenet’s Charlotte (Werther).”

“Heldin des Abends: Marianne Crebassa mit schlankem, doch substanzreichem Klang [The heroine of the evening was Marianne Crebassa, who delivered the vocal line with clean directness whilst retaining a fullness of sound.” 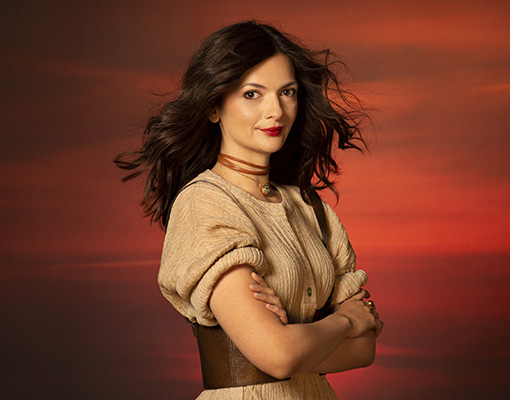 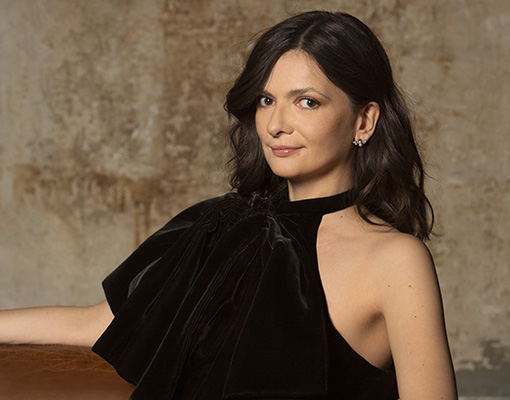 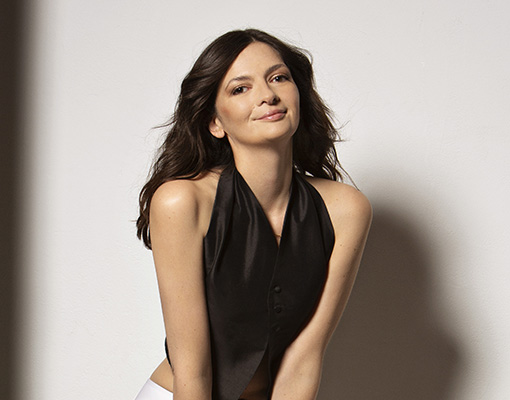 ‘the combination of intelligence, immediacy and subtlety is utterly compelling and marks ‘Secrets’ out as one of the finest French song recitals of recent years.’ Gramophone 2017

Listen to "Secrets" on Spotify