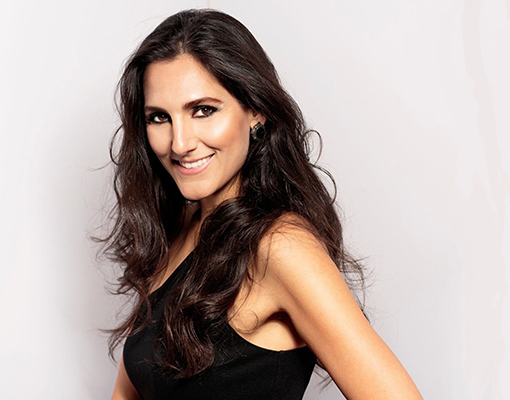 Hailed as “a voice to die for [combined] with acting ability, beauty, and stage presence,” Israeli mezzo-soprano Maya Lahyani is quickly becoming one of today’s most sought-after international singers.

This season, Ms. Lahyani was scheduled to make house debuts at Arizona Opera as the title role in Carmen and at Chicago Opera Theatre as Otrok in Rimsky-Korsakov’s The Legend of the Invisible City of Kitezh, as well as return to Canadian Opera Company as one of the Flower Maidens in Parsifal.

In the 2019-2020 season, Ms. Lahyani returned to the Metropolitan Opera as Rosette in Laurent Pelly’s production of Manon and to Israeli Opera as Sister Helen in Jake Heggie’s Dead Man Walking. She was also scheduled to sing Tisbe in La Cenerentola at the Metropolitan Opera, and in concert, join the Philadelphia Orchestra as Second Maid in Elektra and the London Symphony Orchestra for Michael Tippett’s A Child of Our Time under the baton of Alan Gilbert.

In the 2018-2019 season, Ms. Lahyani sang Charlotte in Israeli Opera’s new production of Werther. She also returned to the Metropolitan Opera as Grimgerde in Die Walküre, which was broadcast Live in HD, and as the cover for Maddalena in Michael Mayer’s famously vibrant, Las Vegas-themed production of Rigoletto.

Ms. Lahyani has appeared at the Metropolitan Opera in numerous roles, including Lola in Sir David McVicar’s production of Cavalleria Rusticana, Omar in John Adams’ The Death of Klinghoffer under the baton of David Robertson, Flora in Willy Decker’s production of La traviata, Dorothée in Laurent Pelly’s new production of Cendrillon, Kate Pinkerton in Anthony Minghella’s acclaimed production of Madama Butterfly, Käthchen in Werther, Third Sprite in Rusalka, Altichiara in Francesca da Rimini, and Fiona in the company’s premiere of Nico Muhly’s Two Boys. She is the first Israeli-born singer to sing on the Metropolitan Opera stage.

Highlights of Ms. Lahyani’s past seasons include performances as Carmen at both Opera Las Vegas and PORTopera, the Page in Atom Egoyan’s production of Salome in her house debut at Canadian Opera Company, Maddalena at the Berkshire Opera Festival, Countess Ceprano in Rigoletto at the Hollywood Bowl with Gustavo Dudamel leading the Los Angeles Philharmonic Orchestra, the Third Lady in Die Zauberflöte at Dallas Opera, and Hänsel in Hänsel und Gretel at Opera Fairbanks.

As an Adler Fellow with the San Francisco Opera, Ms. Lahyani performed Siegrune in Die Walküre, Sister Marta and The Duenna in Alfano’s Cyrano de Bergerac opposite Plácido Domingo, Beppe in Mascagni’s L’Amico Fritz, and the title role in Carmen for Families – The Movie! Ms. Lahyani made her San Francisco Opera main stage debut in summer 2010 as Wowkle in La Fanciulla del West under the baton of Nicola Luisotti. In subsequent seasons, she returned to the company in the world premiere of Christopher Theofanidis’ Heart of a Soldier under the baton of Patrick Summers and to cover Maffio Orsini in Donizetti’s Lucrezia Borgia.

Prior to her time in San Francisco, Ms. Lahyani was a member of the Seattle Opera Young Artist Program, where she appeared as Dorabella in Così fan tutte. She has since returned to Seattle Opera on numerous occasions, including as Varvara in a new production of Káťa Kabanová, Flora in Peter Konwitschny’s production of La traviata, and Dryad in Ariadne auf Naxos.

Additionally, Ms. Lahyani regularly takes part in The International Vocal Art Institute in Tel Aviv, where she has sung Mère Marie in Dialogues des Carmélites, Rebecca Nurse in Robert Ward’s The Crucible, the title role in Mascagni’s Zanetto, and Charlotte in Werther.

Her concert work portfolio includes performances of Mozart’s Requiem with the San Francisco Opera Orchestra and Chorus under the baton of Nicola Luisotti, Ravel’s Shéhérazade with the Jerusalem Symphony, Brahms’ Alto Rhapsody with the Sacramento Choral Society and Orchestra, the alto soloist in Mendelssohn’s A Midsummer Night’s Dream with the San Francisco Symphony under the baton of Kurt Masur, Mahler’s Symphony No. 2 Resurrection with the Charlotte Symphony Orchestra, and an arias concert with the Sun Valley Opera. Ms. Lahyani has also collaborated on multiple occasions with the Alonzo King LINES Ballet, including the world premiere of a piece entitled Wheel in the Middle of a Field, in which she was the featured vocal soloist.

Ms. Lahyani was a 2010 grand finalist of the Metropolitan Opera National Council Auditions and a 2008 finalist in the Joy in Singing Competition. She has been awarded scholarships by the San Francisco Foundation, the America-Israel Cultural Foundation, the Ronen Foundation, and the Israeli Vocal Arts Institute. She received her Bachelor and Master’s Degrees in Music from the Mannes School of Music in New York.

“Maya Lahyani is a born Carmen. The demands of the role lie smoothly on her voice and she has strong resonance all across its range. Most of all, she created a charismatic figure that held the attention of every member of the audience. For a young singer who had only performed the title role of Carmen in two previous productions, her grasp of its intricacies was amazing.”

“If there were ever a mezzo-soprano perfectly suited to sing Carmen, it is Israeli-born Maya Lahyani, who combines a voice to die for with acting ability, beauty and stage presence. She is one of the few Carmens I have seen who makes Don Jose’s and Escamillo’s infatuation entirely believable.”

“Maya Lahyani, the mezzo-soprano who sang the title role, brings both vocal suppleness and an alluring stage presence to the production, in healthy masure. Her two first-act showpieces, the “Habanera” and “Sequidilla,” were magnificently sultry, and her account of the dark, second act card aria, “En vain pour éviter,” touched on Carmen’s tragic side without overstating it.”

“Omar, the fourth Palestinian, was apparently written as a trouser role for a mezzo-soprano; in this case, dancer Jesse Kovarsky threw his body into contortions of despair (choreography by Arthur Pita), as Maya Lahyani, here identified as Palestine Woman, sang the part with a dark, well-rounded tone.” 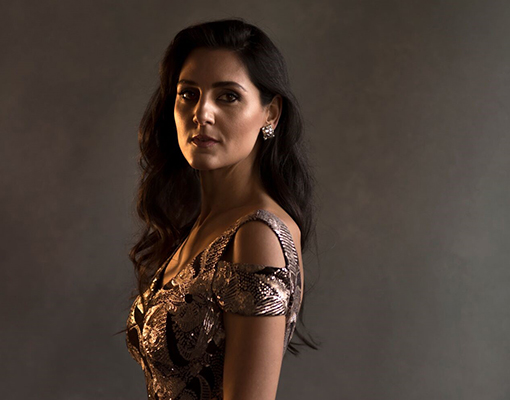 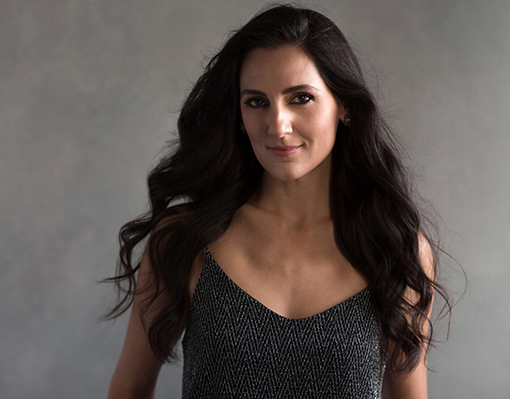