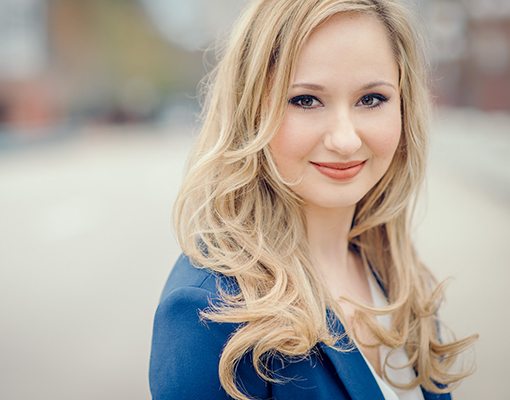 Mezzo-Soprano Megan Mikailovna Samarin, praised by Opera News as a “poised, classy singer with an impressively even, supple mezzo-soprano,” is a recent alumna of the Houston Grand Opera Studio.

Recently, Ms. Samarin debuted with the New York Philharmonic in Mozart’s Requiem under the baton of Manfred Honeck, and with the Lexington Philharmonic in Retablo de Navidad by Joaquin Rodrigo. She also sang alongside Joseph Li in an Emerging Artist Recital, as part of Opera America’s Onstage at the Opera Center Recital Series in New York City. In addition, she performed Siebel in Gounod’s Faust with San Antonio Opera and Cherubino in Le nozze di Figaro with the Aspen Music Festival. In the 2019-20 season, she is covering the role of Ankhesenpaaten in Glass’ Akhnaten at the Metropolitan Opera.

In the 2017-18 season, Ms. Samarin was featured at Houston Grand Opera as Sesto in Giulio Cesare, and as Carla Mae in the world premiere of Ricky Ian Gordon’s The House Without a Christmas Tree. She made her Mercury Orchestra debut in “Loving Clara Schumann,” a theatrical multi-media project utilizing the music of both Robert and Clara Schumann. Ms. Samarin also returned to Wolf Trap Opera as ldamante in ldomeneo. Concert highlights included Wolf Trap Opera’s Aria Jukebox Concert, Wolf Trap Opera’s Vocal Colors Recital at the Philips Collection, and The Richard Tucker Music Foundation Rising Stars Concert in Vail, Colorado.

In the 2016-17 season, Ms. Samarin returned to Houston Grand Opera as Siebel in Faust and the Second Secretary in Nixon in China. In concert, she gave a recital at the Rienzi Mansion in Houston, at which she performed Haugtussa by Edvard Grieg. She also performed at Wolf Trap Opera as Baronessa Aspasia in Rossini’s La pietra del paragone, and as the Son in Glass/Moran’s The Juniper Tree.

Other highlights of recent seasons include appearances at Houston Grand Opera as Olga in Eugene Onegin, Lady Columbia in the world premiere of O Columbia, Second Lady in The Magic Flute, Johanna in Sweeney Todd, Third Wood Nymph in Rusalka, and Lady Maresvale and Mistress Revels in the world premiere of Carlisle Floyd’s Prince of Players. Ms. Samarin also debuted at Glimmerglass Festival as Marzia in the American premier of Vivaldi’s Cato in Utica and at Wolf Trap Opera as La Marchande in Les mamelles de Tirésias. On the concert stage, she performed as Angelina in La Cenerentola at Houston Grand Opera’s 60th Anniversary Concert featuring Joyce Di Donato, and as Romeo in a concert version of I Capuleti e I Montecchi at the Aspen Music Festival.

Ms. Samarin is a 2017 Gerda Lissner Foundation International Vocal Competition Second Place winner, and has performed at Carnegie Hall for the Gerda Lissner Foundation Winners Concert. She is a 2016 Sara Tucker Study Grant Award Winner as well as a 2017 District Award winner of the Metropolitan Opera National Council Auditions. She was also a finalist in HGO’s Eleanor McCollum Competition Concert of Arias. Ms. Samarin is a recipient of the Shoshana Foundation Richard F. Gold Career Grant.

Ms. Samarin holds a Bachelor’s Degree from the Manhattan School of Music in New York City. She is an alumna of the Houston Grand Opera’s Young Artists Vocal Academy and a fellowship recipient of the Aspen Music Festival.

“Watch for mezzo-soprano Megan Mikailovna Samarin, an artist with vocal intrigue and acting skill to back it up as she proved as Romeo in Bellini’s I Capuleti e I Montecchi, in this season’s Faust and Nixon in China.”

“Watch for mezzo-soprano Megan Mikailovna Samarin, an artist with vocal intrigue and acting skill to back it up as she proved as Romeo in Bellini’s I Capuleti e I Montecchi, in this season’s Faust and Nixon in China.”

“Like her music, Samarin’s Olga is skittish and full of spirit. Her warm tone and winning stage presence give her character a sunny soul.”

Michael J. Moran – In the Spotlight 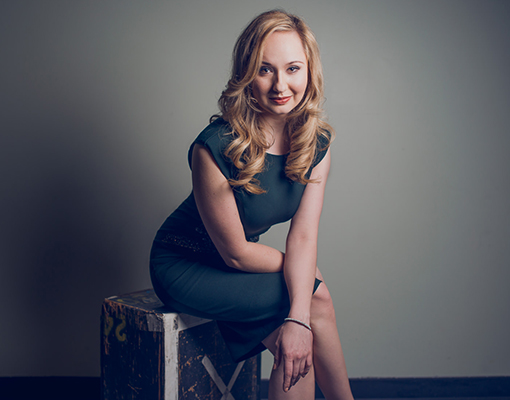 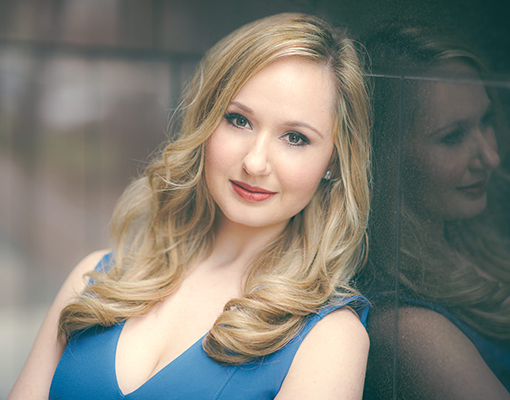 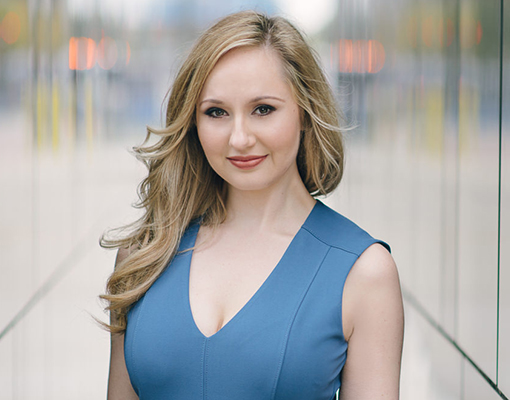 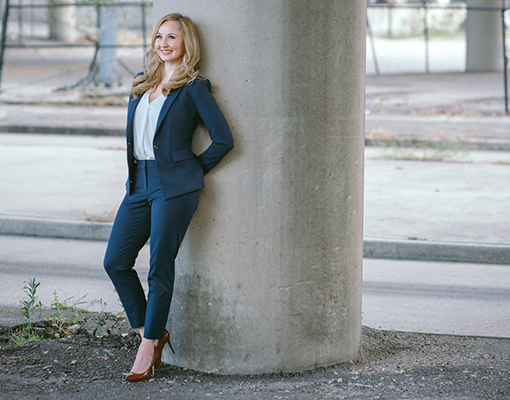 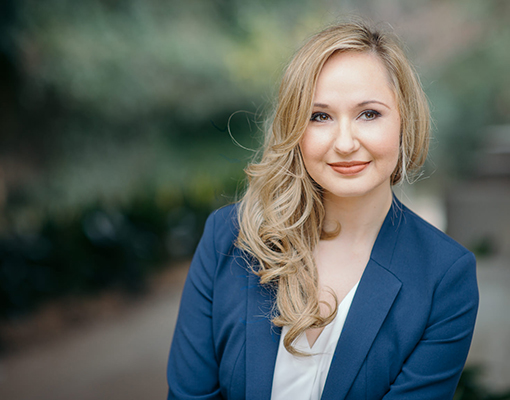