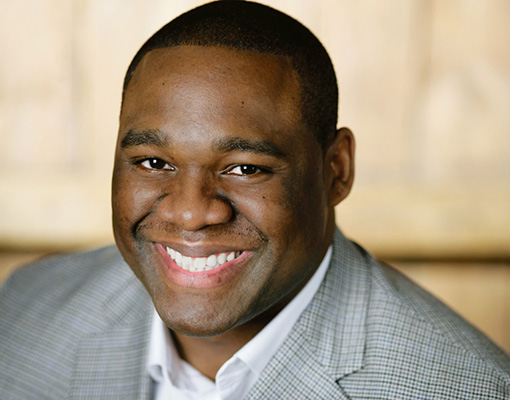 American bass-baritone Michael Sumuel has been lauded for his “luminous tone and theatrical presence” (San Francisco Chronicle) as well as “vocals [that] are smooth and ingratiating” (Daily Camera). In the 2021-2022 season, he will make his debut as Jesus in Bach’s St. Matthew Passion with Los Angeles Opera in a semi-staged production conducted by James Conlon with choreography by the Hamburg Ballet. He will also sing the title role in Le nozze di Figaro in a return to Seattle Opera, Escamillo in Carmen both for his debut with Santa Fe Opera and at Chicago Opera Theater, the King in a new version of Massenet’s Cinderella with the Metropolitan Opera, and Leporello in Don Giovanni with Opera San Antonio. On the concert stage, Mr. Sumuel will join the Los Angeles Philharmonic at Walt Disney Concert Hall for Mozart’s Mass in C minor under the baton of Zubin Mehta, and sing a concert of arias to open the season at Dallas Opera.

In the 2020-2021 season, Mr. Sumuel made his house and role debut at Seattle Opera as Leporello in Don Giovanni, while on the concert stage, he performed in a concert of arias with Opera Philadelphia at the Mann Center, sang Bach’s “Ich habe genug” with Music of the Baroque in Chicago, and gave a solo recital of Schubert lieder with the Schubert Club in Minneapolis.

Pandemic-related cancelations included performances with Norwegian National Opera and Ballet as Escamillo, Michigan Opera Theatre as Sharpless in Madama Butterfly, and Bard SummerScape as Allan in Chausson’s Le roi Arthus, while in concert, he had been scheduled to sing the St. Matthew Passion with both Music of the Baroque in Chicago and Washington National Cathedral, Beethoven’s Missa solemnis with both the Pittsburgh Symphony Orchestra and Kansas City Symphony, and Bach’s St. John Passion with the Florida Orchestra.

In the 2019-2020 season, Mr. Sumuel returned to San Francisco Opera as the title role in a new production of Le nozze di Figaro and joined the roster of the Metropolitan Opera in Agrippina. Concert engagements included Mozart’s Mass in C minor with the Cleveland Orchestra, Beethoven’s Symphony No. 9 with the Los Angeles Philharmonic at the Hollywood Bowl, and Beethoven’s Missa Solemnis with the Grant Park Music Festival.

In the 2018-2019 season, Mr. Sumuel performed Marcello in La bohème at Houston Grand Opera and Alidoro in La Cenerentola at Norwegian National Opera and Ballet. On the concert stage, he sang Haydn’s Theresienmesse with the Grant Park Music Festival, Beethoven’s Symphony No. 9 with the Oklahoma City Philharmonic, and Puccini’s Messa di Gloria with the San Diego Symphony. He also participated in a Schubertiade at Wolf Trap in Vienna, Virginia, joined the Phoenix Symphony for performances of Handel’s Messiah, and Mercury Houston for Bach’s Magnificat.

In the 2017-2018 season, Mr. Sumuel returned to the Glyndebourne Festival as Sharpless in Madama Butterfly and made his debut at Teatro Massimo di Palermo as Theseus in Britten’s A Midsummer Night’s Dream. Concert appearances included a debut with the BBC Proms, singing Kate Whitley’s “I am I say” with the Multi-Story Orchestra at Eastgate Centre Rooftop Car Park, as well as Mozart’s Mass in C minor with the Orchestra of St. Luke’s, conducted by Pablo Heras-Casado at Carnegie Hall, Beethoven’s Symphony No. 9 with the Seattle Symphony, Handel’s Messiah with the New Jersey Symphony Orchestra, Bach’s St. John Passion with Music of the Baroque in Chicago, conducted by Jane Glover, and a return to Mercury Houston to perform the bass solos in Bach’s St. Matthew Passion.

Previous seasons have included his Lyric Opera of Chicago debut as Masetto in a new production of Don Giovanni, conducted by Sir Andrew Davis, as well as his San Francisco Opera debut as Tom in the world premiere of Christopher Theofanidis’ Heart of a Soldier in a production by Francesca Zambello. Subsequent appearances at San Francisco Opera included Escamillo in Calixto Bieito’s production, Masetto in a production of Don Giovanni conducted by Marc Minkowski, and Elviro in Handel’s Xerxes. At Houston Grand Opera, he has performed Belcore in L’elisir d’amore, Papageno in The Magic Flute, Frank in Die Fledermaus, Masetto, Sharpless, and Schaunard in John Caird’s new production of La bohème, a role that also served as his European debut with the Glyndebourne Festival. He subsequently returned to the Glyndebourne Festival as Junius in Britten’s The Rape of Lucretia and as Theseus. At Norwegian National Opera and Ballet, he has performed Alidoro and Escamillo, and at Dayton Opera, made his role debut as the title role in Le nozze di Figaro, a role he later reprised for his company debut with Central City Opera. At Opera Southwest, Wolf Trap Opera and Juilliard Opera, in cooperation with the Metropolitan Opera, Mr. Sumuel performed the role of Selim in Rossini’s Il turco in Italia.

Notable concert appearances include Handel’s Messiah with the San Francisco Symphony, Baltimore Symphony Orchestra, Houston Symphony, Louisiana Philharmonic Orchestra, United States Naval Academy, and University Musical Society in Ann Arbor. He later returned to the San Francisco Symphony to perform Copland’s Old American Songs. He made his European concert debut with the Netherlands Radio Philharmonic Orchestra in Mozart’s Mass in C minor at the Concertgebouw, conducted by Speranza Scappucci. With the Cleveland Orchestra, he performed Pilatus in Bach’s St. John Passion, conducted by Franz Welser-Möst, as well as Mozart’s Requiem with the North Carolina Symphony and Beethoven’s Symphony No. 9 with the American Classical Orchestra at David Geffen Hall in New York City. He has made multiple appearances with Mercury Houston, including in Haydn’s Paukenmesse and excerpts from Rameau’s Les Indes galantes and Thétis, a concert of select Bach cantatas, and the Messiah. He has also appeared with Da Camera of Houston for a program of Brahms and Schönberg lieder in a multi-media project called “In the Garden of Dreams,” as well as the Santa Barbara Symphony for selected scenes from Porgy and Bess.

Among his competition accolades, Mr. Sumuel has been awarded a Richard Tucker Career Grant and was a Grand Finalist in the Metropolitan Opera National Council Auditions as well as a winner of the Dallas Opera Guild Vocal Competition. A Texas native, he is an alumnus of the Houston Grand Opera Studio, the Merola Opera Program at San Francisco Opera, and the Filene Young Artist program at Wolf Trap Opera.

“Bass-baritone Michael Sumuel plays the title character with near-reckless, unabated exuberance. His three arias, each iconic in its own way, seem remarkably fresh in Sumuel’s interpretation, particularly the show-stopping jealousy number “Aprite un po’quegli occhi” in Act IV. His vocals are smooth and ingratiating, imbuing the character with the humanity he needs.”

“The standout among them was bass-baritone Michael Sumuel, who brought luminous tone and theatrical presence to the roles of a Rhodesian barkeep and a Vietnam medic.” 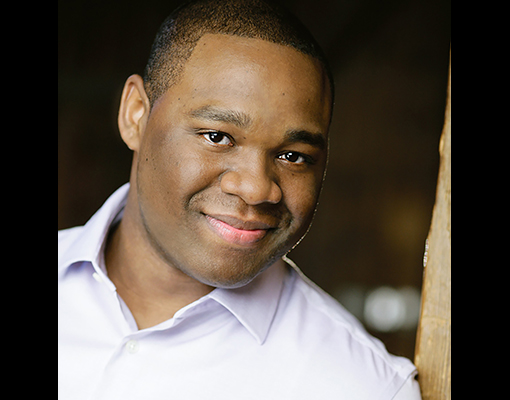