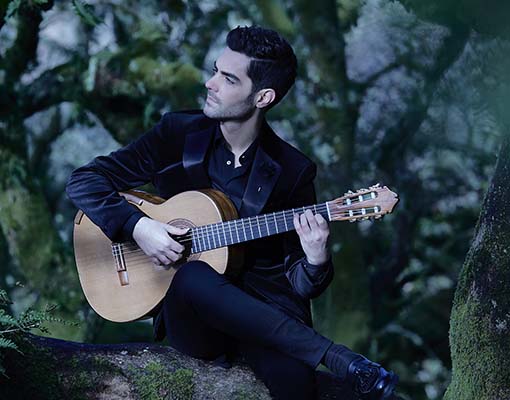 MILOŠ is one of the world’s most celebrated classical guitarists. His career began its meteoric rise in 2011, with the release of his international best-selling Deutsche Grammophon debut album ‘Mediterraneo’. Since then, he has earned legions of fans, awards, and acclaim around the world through his extensive touring, six chart topping recordings and television appearances.

Now exclusive to SONY Classical, MILOŠ is committed to expanding the repertoire for the classical guitar through commissioning of new works. His latest release ‘The Moon and the Forest’ features two world premiere concertos, by Howard Shore and Joby Talbot. His new solo album is due for a released in 2023 and will explore the theme of baroque and its guitar repertoire treasures.

Over the past decade, the instrument’s popularity has exploded thanks to MILOŠ’ pioneering approach. Aspiring guitarists can even learn from him through Schott’s Play Guitar with Miloš series. In 2016 BBC Music Magazine included him in their list of “Six of the Best Classical Guitarists of the past century”.

MILOŠ has appeared as a soloist with some of the world’s greatest orchestras: London and LA Philharmonic, Atlanta Symphony, Philadelphia Orchestra, Chicago Symphony, Cleveland Orchestra, Orquesta Nacional de España, Santa Cecilia Rome, NHK Tokyo. His sold-out solo recital in the round of the Royal Albert Hall was lauded by the critics and caused worldwide sensation. He returned to the hall post-pandemic in June 2022 to a full capacity audience.

Other recent and forthcoming highlights include Verbier Festival, Schleswig Holstein Music Festival, recitals in New York, London, Washington DC, concertos with Atlanta and Detroit Symphony Orchestras, Orchestre Métropolitain in Montreal, The Hallé Orchestra, Graz and London Philharmonic, as well as tours in Australia, Europe and the US. This year he will also make his concerto debut in Paris with the Orchestre Philharmonique de Radio France, playing Howard Shore’s concerto ‘The Forest’.

A passionate advocate for music education, MILOŠ is an active patron of numerous charities supporting young musicians in the UK and abroad.

Born in Montenegro in 1983, he moved to London to study at the Royal Academy of Music at the age of 17. He continues to live and work in London, while keeping close ties to his homeland. He performs on a 2017 Greg Smallman guitar.

Miloš is managed by Enticott Music Management in association with IMG Artists.

“The king of Aranjuez … The hottest guitarist in the world”

“In his specially created intimacy, Karadaglić infused the unearthly notes with his unique musicality, demonstrating why he is one of the best guitarists currently performing.”

“[Miloš’] performances of works by De Falla, Velázquez and Piazzolla (accordionist Ksenija Sidorova joined him for the passionate Libertango by Piazzolla) were superb and he evoked a great mood in the jazz pieces he included – particularly Jobim’s ‘The Girl from Ipanema’ where he really made the instrument sing. He even managed to make the overplayed Spanish Romance feel like a piece I had never heard before. The highlight, though, was his extremely moving performance of the slow movement from Rodrigo’s Concierto de Aranjuez.”

“Miloš Karadaglić is a contemporary musical superstar… Karadaglić placed his guitar on his knee and commanded an attentive silence from the audience, his playing immaculate, intimate and thoroughly enjoyable. Karadaglić might just be one of those celebrities that lives up to their media-hyped reputation.”

“Listening to the debut album by guitarist Miloš Karadaglić, you find yourself wondering where on earth the classical guitar has been lately… it’s as if Karadaglić is shining a brilliant light on the entire heritage of his instrument.”

“His finely-judged solo opening – echoed by the London Philharmonic held on a tight rein by Vladimir Jurowski – was the prelude to an exploration of the concerto’s imagined landscape, through a musical conversation in which Milos’s playing had a notably restrained eloquence. The amplification of the guitar was better than I have ever heard it in this auditorium – the sound seemed at once small and powerfully focused – and as a result the solo and tutti voices interwove sweetly throughout the Adagio; the courtly quality of the concluding dance resolved itself in a cadence in which Milos unassumingly seemed to play himself off the stage. “

“Karadaglić wasn’t just a soloist but a one-man section doing the work of several instruments. Classical, Latino and flamenco flavours combined in his elaborate playing, the strings reverberating with the sweetness of a harp and the warmth of the harpsichord. He performed by heart with the charisma of a rock star and the elegance of a classical musician. His long standing relationship with the conductor and orchestra was evident in their almost intuitive interaction. He returned in the second half to play Spanish Romance. It’s a slow, delicate piece requiring absolute precision which he achieved effortlessly to a hushed accompaniment by the orchestra.”

““Yay, Tárrega!” shouted an overjoyed audience member from the forth row of the Melbourne Recital Centre as Miloš Karadaglić announced his first encore for the evening: the Spanish composer’s evocative Recuerdos de la Alhambra for solo guitar. And the spontaneous outburst was by no means the only one of the concert. From the minute he appeared on stage and strummed the first note of Bach’s prelude for lute in C minor, the world’s dazzling new guitar sensation enthralled his crowd with a mix of musical prowess and easy amicability not often found in classical musicians… Sure, he has an astonishing diversity of tone, displays a remarkably diverse stylistic aptitude for anything from Baroque fugues to Latin American dances, and can tremolo with the best of them, but there’s more to him than that. Miloš is charismatic, confident, intelligent and charming. He introduces pieces with amusing personal anecdotes, shares intimate feelings that the music inspires in him, makes witty musical in-jokes, and the effect all this produces on the audience is intoxicating.” 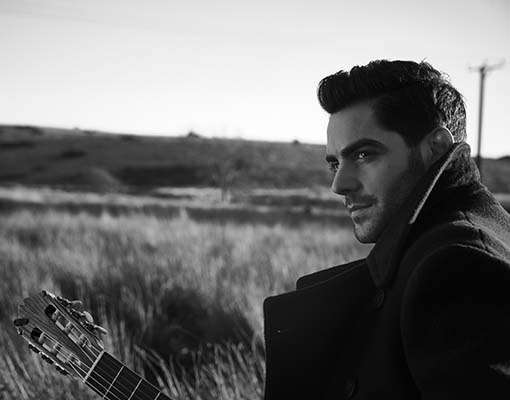 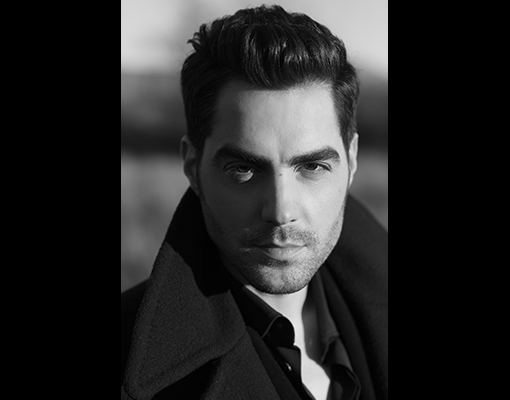 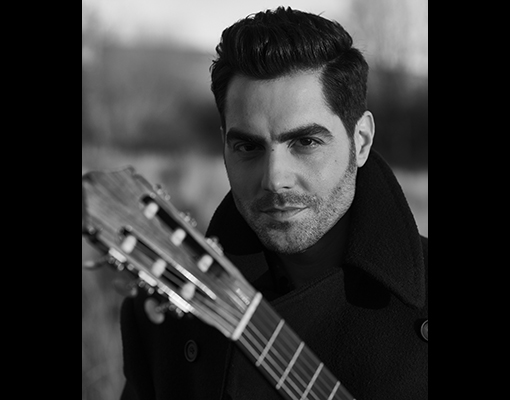 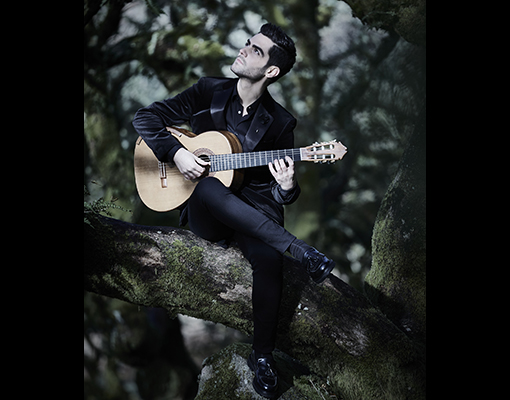 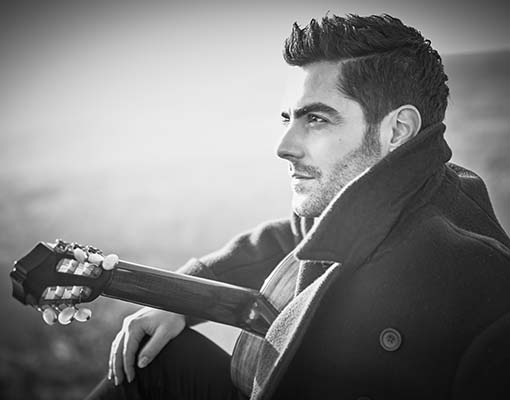 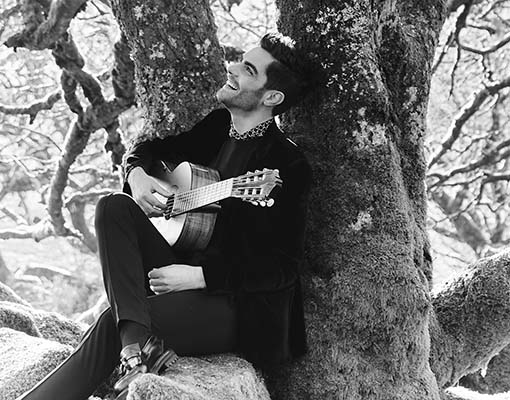