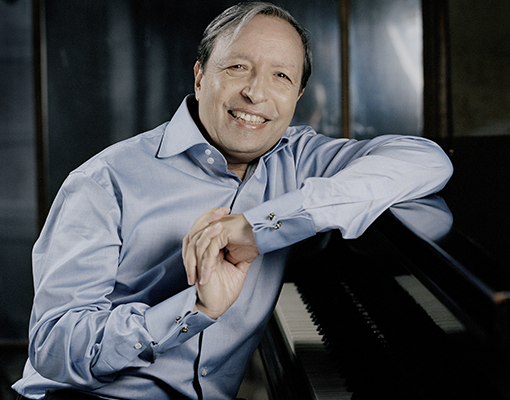 The American pianist’s readings of great repertoire landmarks by everyone from Bach and Beethoven to Chopin and Liszt offer timeless lessons in sensibility, sophistication and expressive intensity. While his approach invariably draws attention to the music not the musician, he stands in the tradition of the great keyboard virtuosi as an artist armed with consummate technical skills, boundless imagination and near-mystical eloquence. Perahia’s pianism, recognised as exceptional since his student days, has matured over more than four decades to deliver unique insights into music’s spiritual qualities, its power to communicate where words end.

“I love to play the piano,” he says. “I love the instrument. I think it has a series of secrets that we have to find out from it.” Perahia’s lifelong pursuit of the piano’s mysteries has been richly documented on record. The pianist’s extensive discography continues to grow thanks to an exclusive contract with Deutsche Grammophon, announced in September 2016 and marked a month later by the release of J.S. Bach’s French Suites. His first recording of Beethoven’s “Hammerklavier” and “Moonlight” sonatas is set for release on the yellow label in February 2018.

The 2018-19 season includes extensive recital tours of Europe, Asia and North America as well as a tour of Europe with the Academy of St Martin in the Fields. In Asia, Mr. Perahia appears in recital in Beijing, Shanghai, Singapore, Seoul, Tokyo and Mito. He then returns to tour North America with recitals in Charlottesville, Berkeley, Costa Mesa, Ann Arbor, Los Angeles, Chicago, Toronto and New York’s Carnegie Hall.

Highlights of recent seasons include his European tour of Beethoven’s piano concertos with the Academy of St Martin in the Fields, an ensemble of which he has been Principal Guest Conductor since 2000. Perahia also collaborated with Israel Philharmonic Orchestra for a series of performances in which he directed the orchestra from the keyboard in Beethoven’s Piano Concerto No.4 and conducted Schumann’s Symphony No.2. In 2013, he performed is first Australia tour which included appearances at the Sydney Opera House and in Melbourne; lectures, discussions and recitals as 2015 Humanitas Visiting Professor in Chamber Music at the University of Cambridge; the Schumann Concerto with the Boston Symphony and Bernard Haitink; Beethoven’s Piano Concerto No.4 with the Cleveland Orchestra and Franz Welser-Möst; and performances of Beethoven’s “Hammerklavier” in 2016 at venues in Europe, the Far East and the US. Perahia’s affinity for Beethoven has also seen him become co-editor of the composer’s complete piano sonatas for Henle’s new Urtext Edition, an ambitious ongoing project launched in 2002.

His recording catalogue includes Grammy Award-winning albums of Chopin’s Études Opp.10 & 25, Bach’s English Suites Nos. 1, 3, and 6, and Bartók’s Sonata for two pianos and percussion as well as a boxed set edition of all his Sony recordings including several DVDs entitled The First 40 Years. He has won nine Gramophone Awards, including the 2017 Instrumental Award for his Deutsche Grammophon debut disc, received numerous Grammy nominations, and been recognised with many other prestigious recording prizes. His awards checklist includes honorary fellowships of London’s Royal Academy of Music and Royal College of Music, the Royal Philharmonic Society’s 1997 Instrumentalist award, honorary doctorates from the University of Oxford, Royal College of Music, University of Leeds, Weizmann Institute, Juilliard School and Duke University, and the Claudio Arrau Memorial Medal of the Robert Schumann Society. In 2004 he was appointed an honorary Knight Commander of the British Empire (KBE) by Her Majesty Queen Elizabeth II for his outstanding service to music.

Murray Perahia was born in New York on 19 April 1947. He started playing piano at the age of four and received formative lessons from the pianist and author Jeannette Haien. He later enrolled at Mannes College, majoring in conducting and composition while cultivating his skills as a pianist under the care of Artur Balsam, an outstanding chamber musician and accompanist. His musical education embraced studies with Rudolf Serkin and chamber music collaborations with, among others, Pablo Casals and the Budapest String Quartet at the Marlboro Music Festival; he also received lessons from the veteran Polish-American pianist Mieczysław Horszowski.

The famously self-critical young musician made his debut with the New York Philharmonic Orchestra in March 1972 and achieved his career breakthrough soon after when he won that year’s Leeds International Piano Competition. Benjamin Britten invited Perahia to give his first concert at the Aldeburgh Festival in 1973. He subsequently performed with Britten in the final years of the composer’s life, forged a regular recital partnership with the tenor Peter Pears, and served as the Aldeburgh Festival’s co-artistic director from 1981 to 1989.

Murray Perahia’s artistic development gained from the advice and guidance he received during the 1980s from Vladimir Horowitz. “His was a totally different kind of music-making from mine,” he recalls, “but I admired him very much.” The legendary pianist, who played for Perahia on the night before his death, remains an inspiration, in company with such past greats as Edwin Fischer, Alfred Cortot, Casals and Wilhelm Furtwängler. Perahia’s artistry connects with their freedom of expression and nobility of sound. His interpretations project above all a compelling blend of deep thought, expressive spontaneity and lyrical concentration. The Guardian (London) recently praised his “music-making of the highest order”, while the New York Times hailed the “emotional richness” of his May 2017 recital at Carnegie Hall.

The shortlist for the 2017 Annual Gramophone Awards is announced, and IMG Artists is delighted to congratulate its extraordinary nominated artists. Celebrating its 40th anniversary, the “Oscars for Classical Music” will be announced on 13 September at a star-studded...

Murray Perahia’s delicate touch paired beautifully with the Academy of St Martin in the Field’s aerated tone, bringing wit and poise to an all-Beethoven chamber programme … This was a true collaboration – and music-making of the highest order.

“Perahia’s extraordinary pianism is a sacrament of purification and a kind of return to an age of pianistic innocence.”

“The qualities that make Perahia one of today’s leading artists of the keyboard lie in his ability to shine a penetrating and personal light on such music, in such a way that there is nothing at all “standard” about it. In other words, the commanding insights he brings to this repertory are more than enough to breathe freshness and distinction into works we’ve heard many times before, but seldom played at this inspired level.”

“Perahia’s extraordinary pianism is a sacrament of purification and a kind of return to an age of pianistic innocence.”

“The qualities that make Perahia one of today’s leading artists of the keyboard lie in his ability to shine a penetrating and personal light on such music, in such a way that there is nothing at all “standard” about it. In other words, the commanding insights he brings to this repertory are more than enough to breathe freshness and distinction into works we’ve heard many times before, but seldom played at this inspired level. “

“Perahia, poet of the keyboard, comes back with thunder.” 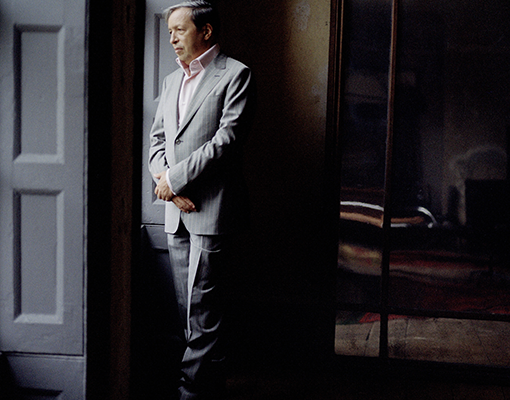 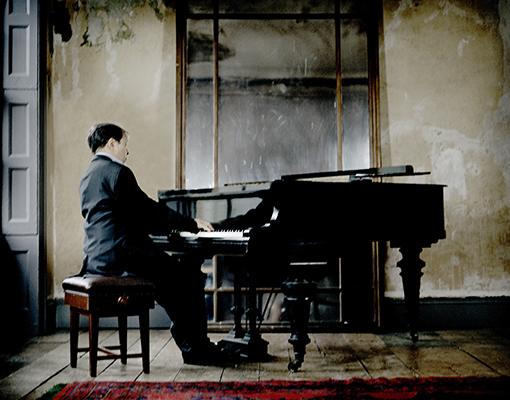 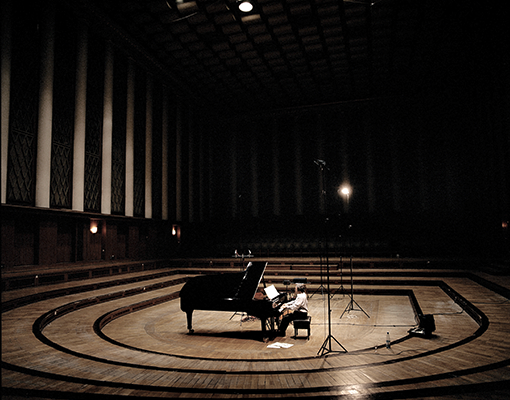