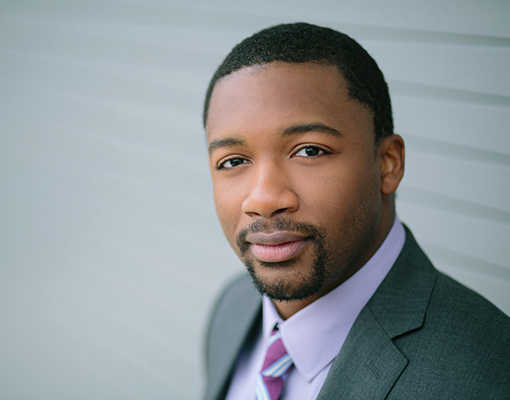 American baritone Norman Garrett, who has been called “scene-stealing” by The New York Times, is enjoying a varied and exciting career. In the 2021-2022 season, Mr. Garrett will make his house and role debut at Seattle Opera as the Count in Le nozze di Figaro. He will also return to both the Metropolitan Opera and Lyric Opera of Chicago as the Foreman/Adult James in Terence Blanchard’s Fire Shut Up in My Bones, and reprise the role of Jim in Porgy and Bess at the Metropolitan Opera. Finally, he will sing Jake in Porgy and Bess with the NDR Elbphilharmonie Orchestra, on tour at both the Lucerne Festival and the Schleswig-Holstein Musik Festival, with conductor Alan Gilbert.

Cancellations due to the Covid-19 pandemic include Jake in Porgy and Bess at Washington National Opera and Orff’s Carmina Burana with the Jacksonville Symphony. In the 2020-2021 season, Mr. Garrett made his house debut at Theater an der Wien as Crown in Porgy and Bess, joined Bard SummerScape as the title role in Chausson’s Le roi Arthus, made his role debut as the title role in Don Giovanni at Dayton Opera, sang Escamillo in Carmen at Opera Orlando, and performed in a concert of arias with Opera Philadelphia at the Mann Center. During the previous season, he returned to Washington National Opera as Masetto in Don Giovanni and made his Metropolitan Opera debut as Jim in Porgy and Bess.

In the 2018-2019 season, Mr. Garrett made his house debut at Houston Grand Opera as Ríolobo in Daniel Catán’s Florencia en el Amazonas and returned to Washington National Opera as Lieutenant Gordon in Silent Night. He also made his mainland Europe debut at the Bayerische Staatsoper in Munich as Larkens in La Fanciulla del West, joined Dayton Opera as Jochanaan in Salome, and sang Crown in Porgy and Bess at Fort Worth Opera. High profile concert appearances included Carmina Burana, with both the Los Angeles Philharmonic at the Hollywood Bowl under Bramwell Tovey and the Toronto Symphony under Donald Runnicles.

In recent seasons, Norman Garrett has appeared numerous times with Washington National Opera, where he was a Domingo-Cafritz Young Artist. Performances there include Ríolobo, Papageno in The Magic Flute, Masetto in Don Giovanni, the Father in Hansel and Gretel, a Steersman in Tristan und Isolde, Captain Gardiner in Jake Heggie’s Moby Dick, and the world premiere of Jeanine Tesori’s The Lion, the Unicorn, and Me. Other operatic appearances include his Lyric Opera of Chicago debut as Jake in Porgy and Bess, the title role in Delius’ rarely heard Koanga at the Wexford Festival in Ireland, Escamillo at both Austin Opera and Opera Columbus, Crown at both the Glimmerglass Festival and University of Michigan, Minksman in Jonathan Dove’s Flight at Des Moines Metro Opera, and Mandarino in Turandot at Cincinnati Opera.

On the concert stage, Mr. Garrett has made many important appearances, including debuts with both the Philadelphia Orchestra in a Gershwin program, conducted by Cristian Măcelaru, and the Los Angeles Philharmonic at the Hollywood Bowl as the Marchese in La traviata. He has also sung concert of American music with the Cleveland Orchestra, Escamillo in concert with the Lubbock Symphony Orchestra, and Beethoven’s Symphony No. 9 with both the National Philharmonic at The Music Center at Strathmore and the Rogue Valley Symphony in Ashland, Oregon.

“Norman Garrett, an alumnus of [Washington National Opera’s] Domingo-Cafritz program… was imposing both vocally and physically as Ford, the husband of one of the women Falstaff is pursuing.”

“The Ford of baritone Norman Garrett [was] towering in presence and both powerful and refined in sound.”

“Norman Garrett, an alumnus of [Washington National Opera’s] Domingo-Cafritz program… was imposing both vocally and physically as Ford, the husband of one of the women Falstaff is pursuing.”

“The Ford of baritone Norman Garrett [was] towering in presence and both powerful and refined in sound.”

“The piece was luxuriously cast with two of the stars of the current Domingo-Cafritz young artists, [including] Norman Garrett.”

“As the kids’ good-hearted but n’er-do-well Dad, Peter, baritone Norman Garrett put together an uncanny combination of bluster and affection in his interpretation of the role. Possessing a large, impressive instrument, Mr. Garrett skillfully managed to re-shape his voice to accommodate his role to this production’s more intimate setting.”

“Fortunately, the performances were excellent: in the title role of the bloodthirsty Dahomey prince, baritone Norman Garrett scored a personal triumph.” 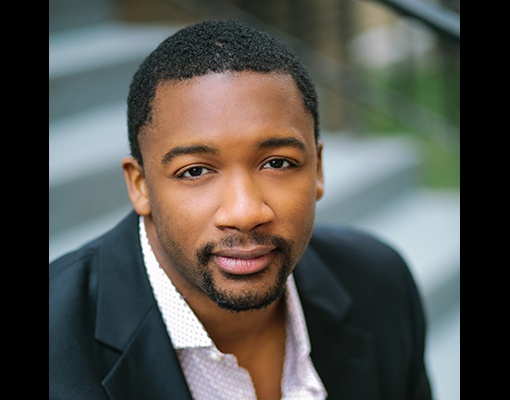