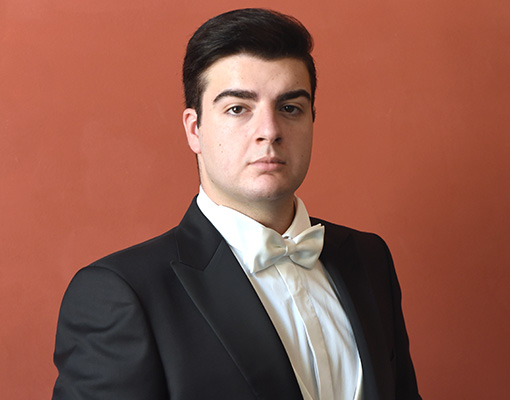 Born in Lecce in 2000, Pierpaolo Martella began studying opera singing at a very young age under the guidance of Tenor Salvatore Cordella.

In 2018, on the occasion of the seventh edition of the International Festival of Arts in Copertino, he played the role of Dottor Grenville in La Traviata by G.Verdi; in 2019, he played the role of the Marchese D’Obigny in La Traviata by G.Verdi with the Benevento Philharmonic Orchestra and in the same summer with the Symphony Orchestra of Lecce and Salento (OLES). Subsequently, he won the 1st Prize and the Audience Award at the VII edition of the “Fausto Ricci” International Opera Singing Competition.

In January 2020, Martella was the winner in the Young Emerging Voices category for the 71st AsLiCo Competition, at the Teatro Sociale di Como. The following February he played the role of the Conte di Ceprano in G. Verdi’s Rigoletto at the Teatro Sociale di Como and was Dandini in La Cenerentola by G. Rossini in Milan, Parma and Turin at SOI Scuola dell’Opera Italiana; he took part in the concerts “Let’s go back to chamber music opera” for the Como City of Music 2020 Festival; subsequently he won the Germogli d’Arte Award for the IX edition of the International Festival of Arts 2020 where he played the role of Belcore in L’Elisir d’Amore by G. Donizetti; in September 2020 he participated in the Rossini Mini Festival concerts for the Belcanto Opera Festival Rossini in Wildbad; in November he made his debut in the role of Osmin in W.A.Mozart’s Zaide with texts by Italo Calvino under the direction of Graham Vick at the Teatro Sociale di Como in coproduction with the Teatro dell’Opera in Rome.

In January 2021, he was a finalist and winner in the 58th edition of Concurso de Canto Tenor Vinas prize OpernWerkstatt, at Gran Teatre del Liceu Barcelona; in the following June he qualified as winner of the XLIX Toti Dal Monte Competition, Paolo Silveri prize for the most deserving Baritone. In July 2021 he participated in the Opening Concert of the 75th Bregenzer Festspiele. In September 2021 he was Fiorello in Il Barbiere di Siviglia by G. Rossini within the circuit of the Theaters of Opera Lombardia. In October 2021 he made his debut in the role of Doctor Malatesta in Don Pasquale by G. Donizetti at the Mario del Monaco Theater in Treviso and again in October he was Doctor Malatesta at the Verdi Theater in Padova. In November 2021 he participated in the “Passionate Autumn 2021 Concert Season” organized by M. Vincenzo Rana.

From January 2022 to June 2022 he was Dandini in the reduction of La Cenerentola Grand Hotel dei Sogni by G. Rossini at the Teatro Sociale di Como, Teatro Regio di Parma, Sferisterio Macerata and other theaters in Italy and Switzerland. In July 2022 at the Bregenzer Festspiele he made his debut in the role of Taddeo in L’Italiana in Algeri by G. Rossini and later at the Herz Jesu Kirche in Bregenz he performed the Theresienmesse by G.Haydn. In September 2022 he was the winner of the Emerging Voice Award and Critics’ Award at the XXI edition of the “Ottavio Ziino” International Opera Singing Competition. On October 15, 2022 he made his debut at the Teatro alla Scala in Milan in the roles of “Il Re“ and “il Serpente“ in the World Premiere of Il Piccolo Principe by P. Valtinoni.

“Young Pierpaolo Martella in the roles of the Snake and Bystander 2 demonstrates a great vocal talent that is primarily articulated in an enjoyable directness of emission combined with harmonic fullness and good legato.”

“Italian Pierpaolo Martella is a “buffo” character out of a picture book, with a magnificent baritone voice.”

“Pierpaolo Martella shows a real comic talent and a singing rich of nuances in playing the role of Isabella’s foolish admirer, Taddeo.”

“Pierpaolo Martella interprets a slimy and crooked Dr. Malatesta and perfectly embodies the typical role of the factotum. The singing is definitely good: with a homogeneous voice and good emission, the singer performs well both the cantilena of the opening aria “Bella siccome un angelo,” but also brilliant pieces such as the duet with Norina in Act I and the one with Don Pasquale in Act III.” 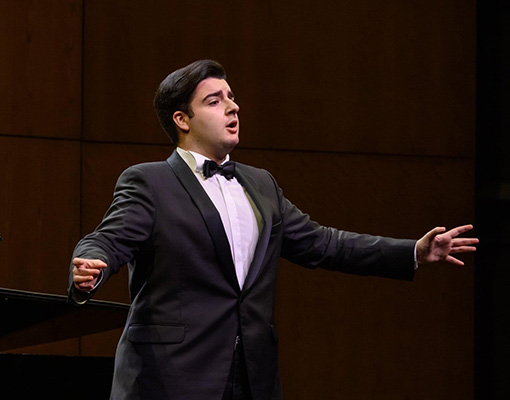 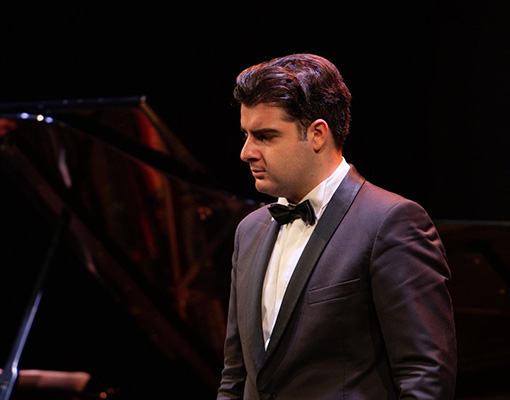 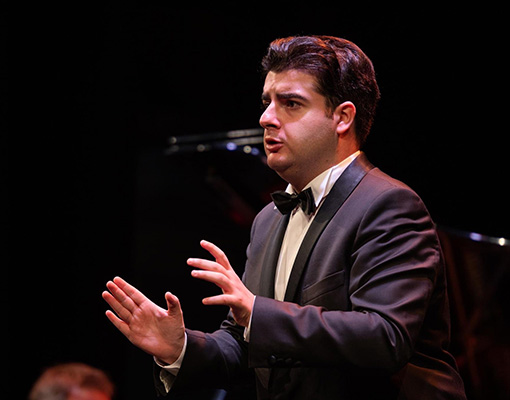