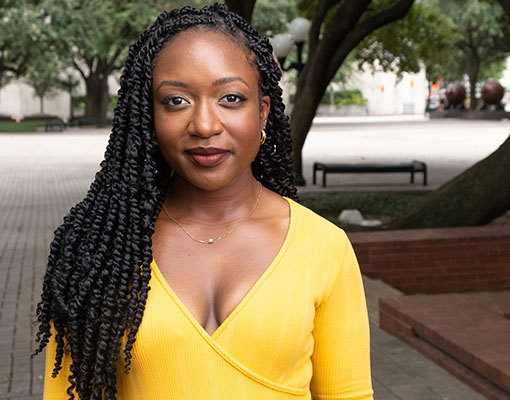 Soprano Raven McMillon is a native of Baltimore, MD. Recently, Ms. McMillon was named a 2021 Grand Finals Winner of the Metropolitan Opera’s Eric and Dominique Laffont Competition. She returns to Houston Grand Opera as a second year studio artist for their 2021-2022 season as Frasquita in Carmen, Peter in Joel Thompson’s The Snowy Day, and Papagena in The Magic Flute. Elsewhere, she makes her house and role debut at Opera Philadelphia as Gilda in Rigoletto.

In the summer of 2021, Ms. McMillon joined Cincinnati Opera as Frasquita in the company’s outdoor presentation of Carmen. She was also seen in her role debut as Rosina in Il barbiere di Siviglia at Opera Steamboat.

During the 2020-2021 season, she made her house debut at Houston Grand Opera in scenes from Carmen (Frasquita) and L’elisir d’amore (Adina) in the Studio Showcase. She was also seen in the HGO Digital season as Rona Richards in The Impresario, Peter in The Making of The Snowy Day documentary, and Gretel in Hansel and Gretel. Ms. McMillon also performed as a soloist in the Giving Voice concert as well as the HGO Studio Recitals.

In 2020, Ms. McMillon also collaborated with Lyric Opera of the North as Trish in the company’s chapter in The Decameron Coalition’s “Tales from a Safe Distance.”

Raven McMillon’s Gretel light up the computer monitor with histrionic zest. It’s quite a coming-out party for McMillon, whose sense of fun, voluptuous tone, and joy in singing landed her in the winners’ circle at the Metropolitan Opera National Council Auditions.” (Houston Grand Opera Virtual Production)

“Ravel called for two coloratura sopranos, and Raven McMillon performed the high-flying part of The Princess with a radiant voice, sung against a solo flute while flinging streams of sparkles from her fingertips.” 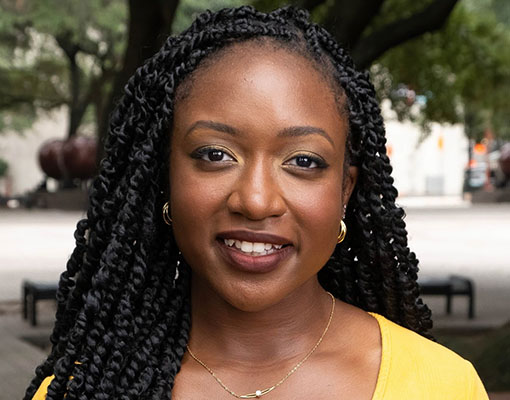 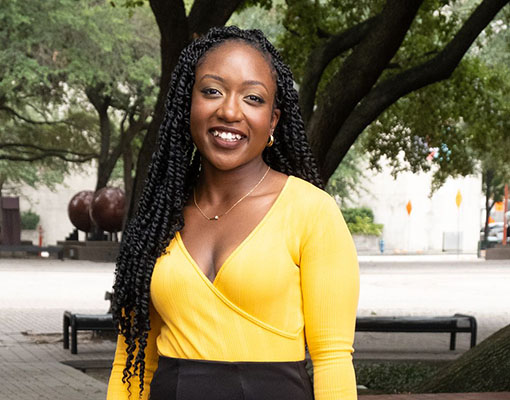