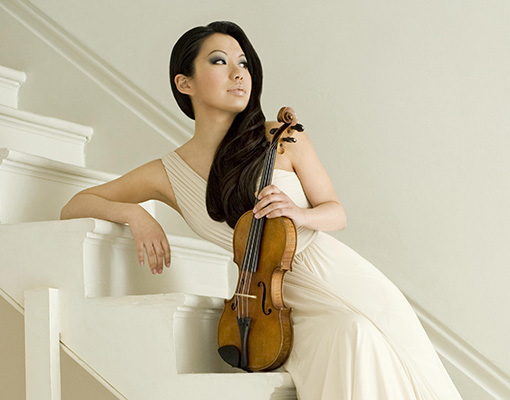 Sarah Chang is recognised as one of the world’s great violinists.  Since her debut with the New York Philharmonic at the age of 8 she has performed with the most distinguished orchestras, conductors and accompanists internationally in a career spanning more than two decades.

Highlights from Ms. Chang’s recent and upcoming seasons have included performances with North American orchestras such as the New York Philharmonic, Los Angeles Philharmonic, Philadelphia Orchestra, San Francisco Symphony, Chicago Symphony, National Symphony Orchestra, Boston Symphony and Cleveland Symphony. She has also performed at the Hollywood Bowl and at the Tanglewood, Ravinia, and Aspen Music Festivals among others. With a career that has blossomed internationally, her European engagements have included performances with the Berlin Philharmonic, Vienna Philharmonic and all the principal London Orchestras. She performs regularly in Austria, France, Germany, Italy, Spain, Switzerland, and the United Kingdom, and her engagements in Asia have brought her to audiences in China, Japan, Korea, Malaysia, Singapore, Australia and New Zealand. As an accomplished recital and chamber musician, Ms. Chang regularly travels the world, performing with such artists as Pinchas Zukerman, Yefim Bronfman, Leif Ove Andsnes, Yo-Yo Ma, Isaac Stern, Wolfgang Sawallisch and members of the Berlin Philharmonic Orchestra. In the upcoming season, she performs in Spain, Prague, Brussels and Denmark, as well as tours to Hong Kong, China and Japan.

Ms. Chang’s most recent recording for EMI Classics, performances of Brahms and Bruch violin concertos with Kurt Masur and the Dresdner Philharmonic was received to excellent critical and popular acclaim and was her 20th album for the label.  Her recording of Vivaldi’s Four Seasons attracted international commendation, with BBC Music Magazine stating: “She has never made a finer recording.”  She has also recorded Prokofiev Violin Concerto No.1 and Shostakovich Violin Concerto No.1 live with the Berliner Philharmoniker under the baton of Sir Simon Rattle, Fire and Ice, an album of popular shorter works for violin and orchestra with Placido Domingo conducting the Berliner Philharmoniker, the Dvorak concerto with the London Symphony Orchestra and Sir Colin Davis, as well as several chamber music and sonata discs with artists including pianists Leif Ove Andsnes and Lars Vogt.

In 2006, Ms. Chang was honored as one of 20 Top Women in Newsweek Magazine’s “Women and Leadership, 20 Powerful Women Take Charge” issue.  In March 2008, Ms. Chang was honored as a Young Global Leader for 2008 by the World Economic Forum (WEF) for her professional achievements, commitment to society and potential in shaping the future of the world.

In 2005, Yale University dedicated a chair in Sprague Hall in Sarah Chang’s name and in 2012 Harvard University gave her the ‘Distinguished Leadership in the Arts Award’. For the June 2004 Olympic games, she was given the honor of running with the Olympic Torch in New York, and that same month, became the youngest person ever to receive the Hollywood Bowl’s Hall of Fame award. Also in 2004, Ms. Chang was awarded the Internazionale Accademia Musicale Chigiana Prize in Sienna, Italy. She is a past recipient of the Avery Fisher Prize, Gramophone’s “Young Artist of the Year” award, Germany’s “Echo” Schallplattenpreis, “Newcomer of the Year” honors at the International Classical Music Awards in London, and Korea’s “Nan Pa” award.  Ms. Chang has been named the US Embassy’s Artistic Ambassador from 2011.

“Chang played as she typically does, with a complete command of the technical challenges and an effortless projection of the soul of the music. She is a compelling performer to watch and hear, and her musicianship moved the audience. From the vigorous, rhythmic elements to the sensitive melodies, Chang charmed and beguiled, the audience following every nuance.”

“Chang wasted little time in demonstrating her credentials, the isolated opening episode affording her the opportunity of showing a left hand of enviable alacrity and pure intonation and a bowing arm that navigated strings and created varied dynamics with utter fluency.”

“The two parties played with a wonderful mutual awareness, interweaving seamlessly, no doubt much helped by Chang’s physical stage presence. “

“[She] received a Southbank ovation, after delivering a work she has made her own, Bruch’s ‘Violin Concerto No 1 in G minor’.”

“Her gifts are at a level so removed from the rest of us that all we can do is feel the appropriate awe and then wonder on the mysteries of nature. The ancients would certainly have had Ms. Chang emerging fully formed from some Botticellian scallop shell.”

“Sarah Chang’s interpretation adds so much to the concerto that it becomes a work of art.”

“It’s not every day that you get to experience a star of Sarah Chang’s calibre.”

“Chang’s gift of lyricism was apparent in Franck’s Sonata in A Major. From the opening swaying intervals of the Allegretto ben moderato, her tone was introspective, highly varied in weight and in touch, and there was a calm fragility in the lightness of her playing that was heartbreaking. … it was Chang’s carefully turned phrase, a moment of grace and serenity in the Brahms, that I’ll remember for the rest of my life.”

“The only regret after such a concert was, most likely, the fact that the public have enjoyed the presence and music-making of the famous violinist for only half an hour. But it was a half hour concentration of the entire miraculous essence of the music she played.” 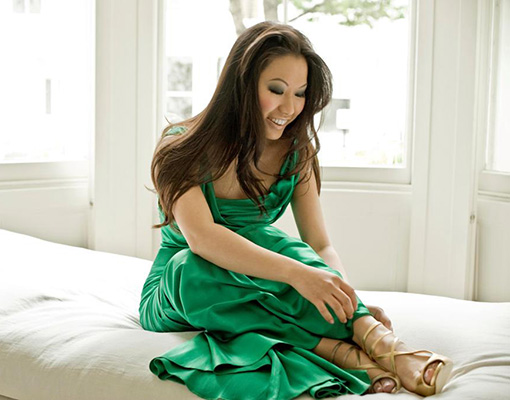 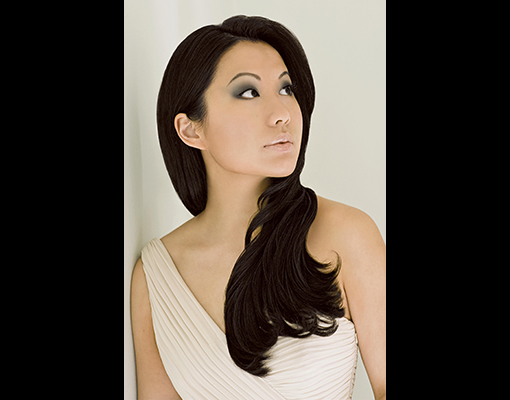 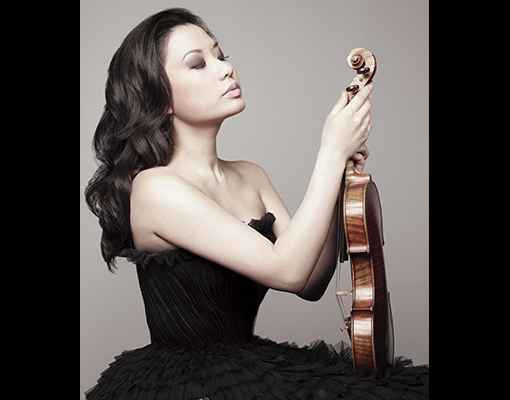