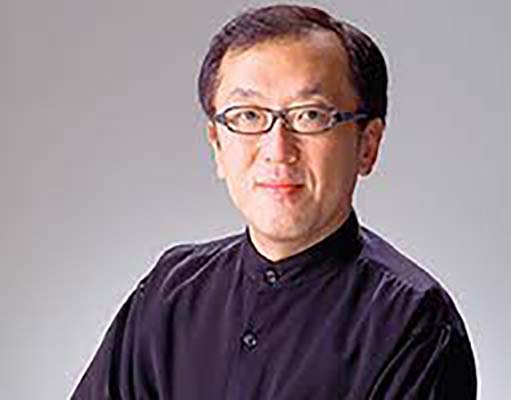 Recently made a very successful debut conducting Tosca at the Bolshoi Theatre in Moscow.
Born in Tokyo, in 1961, Shuya Okatsu began his very successful carrier in 1983 at the Japan Opera Foundation.

In 1988 he became an Assistant Conductor to G. M. D. Dennis Russell Davies at the Bonn State Opera. From 1991 to 1994, he was also appointed as Principal Conductor at the Gelsenkirchen Opera.

In 1996 Mr. Okatsu was chosen and appointed by the Boston Symphony Orchestra Chief-Conductor Seiji Ozawa to arrange the music for the National Anthems of National Participating in the Olympic Games of that year. As assistant to Seiji Ozawa, he also prepared the New Japan Philharmonic Orchestra for a production of the opera The Magic Flute, which was staged in Japan in 1997.

In 1994, the Bonn State Opera promoted him to the post of Principal Conductor. And in August 1996 he was engaged as a Chief-Conductor at Malmö Music Theatre, Sweden. In December 2002 Mr. Shuya Okatsu was appointed Principal conductor at the Belgrade Philharmonic Orchestra.

Shuya Okatsu’s last year engagements have included performances of Carmen Bizet at the Japan Nikikai Opera Foundation , Requiem Verdi at the Malmö Music Theatre, Lucia di Lammermoor Donizetti at the Osaka Opera Foundation, Prokofiev 5th Symphony with Lithuanian State SO in September 2002, Japanese evening with the Trondheim SO,  concert version of the opera Rashomon with the Tokio Philharmonic Orchestra, Beethoven 9th Symphony with Gunna SO (Japan),  among others.

Future engagements includes performances of Carmen with the Aichi Prefectural Art Theatre, Rosenkavalier at the New National Theatre in Tokyo, Prokofiev 6th Symphony with Gunna SO, John Adams El Niño at the Malmö Opera, ballet “Tchaikovsky” at the Gothenburg Opera (Sweden) among others.

“He conducts securely, the attacks and the lyrical parts are taken care of well. Effective and dramatic presence from the beginning to the end of the performance”.
Steen Chr. Steensen “Berlingske Tiderne” Copenhagen, February 2007