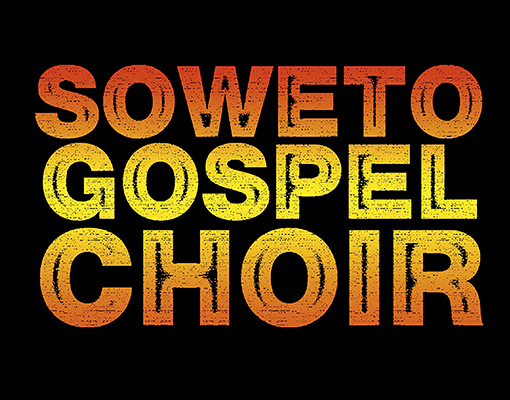 • Soweto Gospel Choir was formed in November, 2002
• In December, 2002 their first album “Voices of Heaven” was recorded and went on to reach the No. 1 spot on Billboard’s World Music Chart within 3 weeks of its release in the US
• In 2003 the choir won its first award, a Helpmann Award, Australia’s prestigious Performing Arts Award, for “Best Contemporary Music Concert”
• This success was followed when they won a 2003 American Gospel Music Award for “Best Choir”
• In the same year, they won an American Gospel Music Award for “Best International Choir”
• They performed for President Bill Clinton at a corporate function in Little Rock, Arkansas
• In October 2006, the choir performed as invited guests for their Patron, Archbishop Desmond Tutu’s 75th Birthday Celebrations, in front of an illustrious audience which included former President Nelson Mandela, Mrs Zanele Mbeki, Tokyo Sexwale, Samuel L Jackson, Alfre Woodard and Carlos Santana
• They featured on a guest appearance with Diana Ross, Deborah Cox and Danny K for the “Unite of the Stars” Gala Banquet in South Africa in November 2006
• They were invited guests on NBC’s “Today Show” as well as on “Late Night with Conan O’Brien”
• The choir have also made a guest appearance on ‘The Tonight Show with Jay Leno’
• In December 2006 they performed at Sun City, South Africa, for Oprah Winfrey and 200 of her V.I.P. guests, including Mariah Carey, Mary J Blige, Tina Turner, Patti Labelle, Sydney Poitier and Quincy Jones

“The energy of the Soweto Gospel Choir is truly amazing, their exuberance infectious.”

“To say Soweto Gospel Choir was as smart as it was moving doesn’t say enough.” 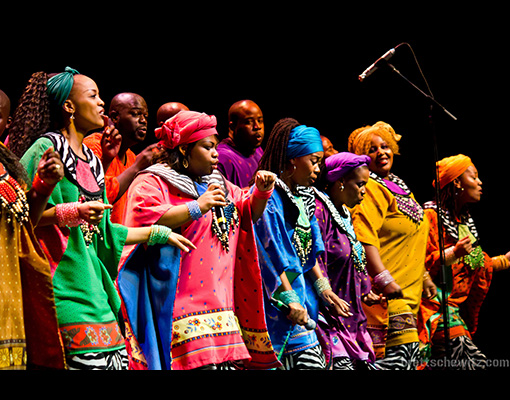 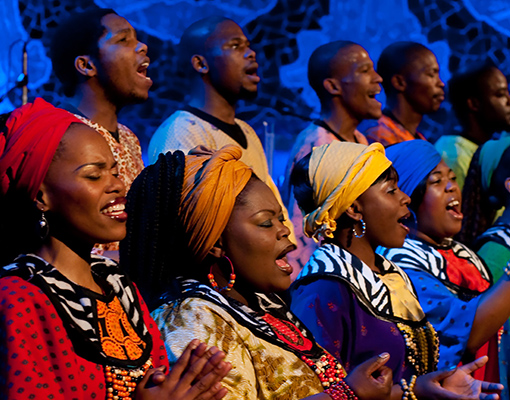 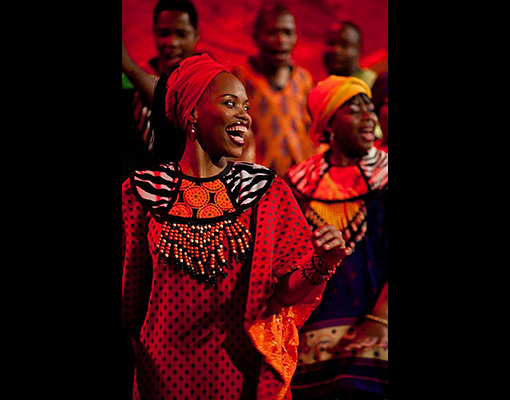