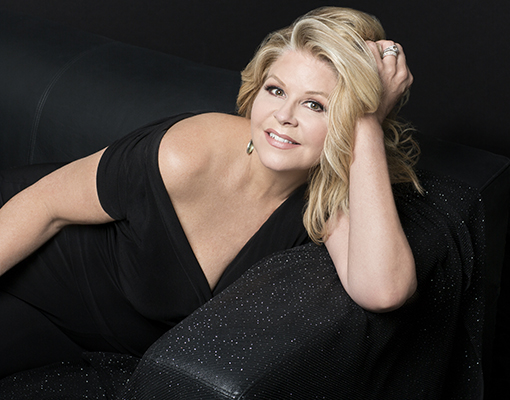 Susan Graham – hailed as “an artist to treasure” by the New York Times – rose to the highest echelon of international performers within just a few years of her professional debut, mastering an astonishing range of repertoire and genres along the way. Her operatic roles span four centuries, from Monteverdi’s Poppea to Sister Helen Prejean in Jake Heggie’s Dead Man Walking, which was written especially for her. A familiar face at New York’s Metropolitan Opera, she also maintains a strong international presence at such key venues as Paris’s Théâtre du Châtelet, Santa Fe Opera and the Hollywood Bowl. She won a Grammy Award for her collection of Ives songs, and has also been recognized throughout her career as one of the foremost exponents of French vocal music. Although a native of Texas, she was awarded the French government’s prestigious “Chevalier de la Légion d’Honneur,” both for her popularity as a performer in France and in honor of her commitment to French music.

This season, Graham makes her role debut as Herodias in Francisco Negrin’s production of Richard Strauss’s Salome at Houston Grand Opera and reprises her celebrated portrayal of Mrs. Patrick De Rocher, mother of the convicted murderer, in Lyric Opera of Chicago’s company premiere of Dead Man Walking. In concert, she sings Berlioz’s La mort de Cléopâtre and excerpts from Les Troyens with Donald Runnicles and the orchestra of the Deutsche Oper Berlin at the Berlin Musikfest, revisits her signature interpretation of the composer’s Les nuits d’été with the Vancouver Symphony, and headlines the Jacksonville Symphony 2020 Gala. To complete the season, she graces a “Beyond the Aria” concert in Chicago’s Millennium Park and partners with pianist Malcolm Martineau for recitals of Mahler’s Rückert-Lieder in Berkeley’s Cal Performances series and of her Schumann-inspired Frauenliebe und -leben: Variations program in Fort Worth’s Cliburn Concert Series and at New York’s Lincoln Center.

Last season, Graham joined Andris Nelsons and the Boston Symphony for Mahler’s Third Symphony at London’s BBC Proms and in Berlin, Leipzig, Vienna, Lucerne, and Paris. She made her role debut as Humperdinck’s Witch in Hansel and Gretel at LA Opera, hosted “An Evening with Susan Graham” at Dallas’s Meyerson Symphony Center, sang Canteloube’s Chants d’Auvergne with David Robertson and the Sydney Symphony, headlined the Mayshad Foundation’s season-closing gala concert in Marrakech, and returned to Carnegie Hall, first with the Orchestra of St. Luke’s and then with Alec Baldwin and Leonard Slatkin for the Manhattan School of Music’s Centennial Gala Concert. To mark the 150th anniversary of Berlioz’s death, she performed Les nuits d’été with the Houston Symphony and made her New Zealand debut in La mort de Cléopâtre with the New Zealand Symphony under Edo de Waart. Other highlights of recent seasons include starring in Trouble in Tahiti at Lyric Opera of Chicago to honor the Bernstein Centennial, making her title role debut opposite James Morris in Marc Blitzstein’s 1948 opera Regina at Opera Theatre of Saint Louis, and appearing alongside Anna Netrebko, Renée Fleming and a host of other luminaries to celebrate the Metropolitan Opera’s five decades at its Lincoln Center home.

Graham’s earliest operatic successes were in such trouser roles as Cherubino in Mozart’s Le nozze di Figaro. Her technical expertise soon brought mastery of Mozart’s more virtuosic roles, like Sesto in La clemenza di Tito, Idamante in Idomeneo and Cecilio in Lucio Silla, as well as the title roles of Handel’s Ariodante and Xerxes. She went on to triumph in two iconic Richard Strauss mezzo roles, Octavian in Der Rosenkavalier and the Composer in Ariadne auf Naxos. These brought her to prominence on all the world’s major opera stages, including the Met, Lyric Opera of Chicago, San Francisco Opera, Covent Garden, Paris Opera, La Scala, Bavarian State Opera, Vienna State Opera and the Salzburg Festival, among many others. In addition to creating the role of Sister Helen Prejean at San Francisco Opera, she starred in Washington National Opera’s recent revival of Dead Man Walking, making her triumphant role debut as the convict’s mother. She also sang the leading ladies in the Met’s world premieres of John Harbison’s The Great Gatsby and Tobias Picker’s An American Tragedy, and made her Dallas Opera debut as Tina in a new production of The Aspern Papers by Dominick Argento. As Houston Grand Opera’s Lynn Wyatt Great Artist, she starred as Prince Orlofsky in the company’s first staging of Die Fledermaus in 30 years, before heading an all-star cast as Sycorax in the Met’s Baroque pastiche The Enchanted Island and making her rapturously received musical theater debut in a new production of Rodgers & Hammerstein’s The King and I at the Théâtre du Châtelet in Paris.

It was in an early Lyon production of Berlioz’s Béatrice et Bénédict that Graham scored particular raves from the international press, and a triumph in the title role of Massenet’s Chérubin at Covent Garden sealed her operatic stardom. Further invitations to collaborate on French music were forthcoming from many of its preeminent conductors, including Sir Colin Davis, Charles Dutoit, James Levine and Seiji Ozawa. New productions of Gluck’s Iphigénie en Tauride, Berlioz’s La damnation de Faust and Massenet’s Werther were mounted for the mezzo in New York, London, Paris, Chicago, San Francisco and beyond. More recently, she made title role debuts in Offenbach’s comic masterpieces La belle Hélène and The Grand Duchess of Gerolstein at Santa Fe Opera, as well as proving herself the standout star of the Met’s star-studded revival of Les Troyens, which was broadcast live to cinema audiences worldwide in the company’s celebrated “Live in HD” series. Graham’s affinity for French repertoire has not been limited to the opera stage, also serving as the foundation for her extensive concert and recital career. Such great cantatas and symphonic song cycles as Berlioz’s La mort de Cléopâtre and Les nuits d’été, Ravel’s Shéhérazade and Chausson’s Poème de l’amour et de la mer provide opportunities for collaborations with the world’s leading orchestras, and she makes regular appearances with the New York Philharmonic, Boston Symphony, Orchestre de Paris and London Symphony Orchestra.

Graham recently expanded her distinguished discography with Nonesuch Records’ DVD/Blu-ray release of William Kentridge’s new treatment of Berg’s Lulu, which captures her celebrated role debut as Countess Geschwitz at the Met. She has also recorded all the works described above, as well as appearing on a series of lauded solo albums, including Virgins, Vixens & Viragos on the Onyx label, featuring songs and arias by composers from Purcell to Sondheim; Un frisson français, a program of French song recorded with pianist Malcolm Martineau, also for Onyx; C’est ça la vie, c’est ça l’amour!, an album of 20th-century operetta rarities on Erato; and La Belle Époque, an award-winning collection of songs by Reynaldo Hahn with pianist Roger Vignoles, from Sony Classical. Among the mezzo’s numerous honors are Musical America’s Vocalist of the Year and an Opera News Award, while Gramophone magazine has dubbed her “America’s favorite mezzo.”

“Susan Graham was a joy to watch and to hear: she delivered her lines with boldness, majesty and precision, highlighting both the most delicate and the most tyrannical aspects of the Persian king. Her performance was practically flawless: hearing her delivering such complex ornamentation for over three hours made her seem super-human.”

“This show also has a star, singing one of her signature roles: Susan Graham, an American mezzo who has virtually taken over a part that used to be sung mainly by sopranos. The richness and detail of her singing was such that when she moved from recitative to aria, it seemed that the flow of melody merely changed its form, not its intensity. She gave the rather amiable, major-key music of Iphigénie’s big Act II lament a melancholic serenity that was perfect for the scene, the score and the moment. But I didn’t entirely buy the show’s well-articulated view of the heroine as a naïve girl-woman; she has already cut a lot of throats by the time we meet her.”

“After Thursday night, I prefer to exult in the fact that I have seen Susan Graham play Iphigenia, a performance that evokes the same awe as any natural or man-made wonder. The exquisite Graham not only is totally believable as the driven-to-madness Iphigenia, but the way she gives voice to those feelings is almost frightening. Like the giant sword she brandishes, her voice can catch the light one moment and cut through your heart the next “

“Friday’s main draw was mezzo-soprano Susan Graham, tapped here to open the program with music from one of her signature roles, as Iphigénie (from Gluck’s “Iphigénie en Tauride’’). Supported by a fine quartet of Tanglewood Music Center sopranos, Graham was in splendid voice and brought the music across with a luxurious, well-focused tone and plenty of dramatic conviction. She returned on the second half with two excerpts to savor, from Handel’s “Alcina’’ and “Ariodante.’’”

“…a fine cast headed by mezzo-soprano Susan Graham&amp’s handsome, ardent young Octavian… Octavian is one of Graham&amp’s signature roles, and on Saturday night she was everything a worldly Marschallin or a naive Sophie, fresh from convent school, could have wanted. Tall and good-looking, her Octavian was an impetuous lover and a wicked comic. Disguised as the Marschallin’s maid, fending off the advances of the boorish Baron Ochs, she was a sparkling blend of self-reliant working girl and flustered sexual prey… Succulent, with a golden warmth and purity of tone, it was an ideal instrument for her ardent but singularly thoughtful Octavian.”

“There&amp’s no finer Octavian in any theater today than Graham, who delivered the mezzo’s music with typical beauty and firmness of sound, making the Marschalli’s teenage paramour coltish and vulnerable. Never before has a Lyric production given Graham&amp;#39;s impeccable comic timing such a free hand, and she proved absolutely hilarious in her disguise as the gawky chambermaid Mariandel, whom the baron also lusts after.”

“Susan Graham was in top form as the anguished prince Idamante. Her gorgeous mezzo timbre and marvelous technique shone in arias such as ‘Non ho colpa’ and ‘Il padre adorato’; her signature restraint and superb dignity were right in line with the aims of the production.”

“Mezzo Susan Graham in the role of Sondra has the second-best vocal music, and she decorates the ornate arching lines with the charm and confidence of a young woman who, as Clyde says in the novel, is constantly the center of attention.”

“Susan Graham was well cast as wealthy Sondra Finchley; her throbbing mezzo has recently gained in sensuality and allure.”

“[Playing the Composer,] she dashes about in fine vocal fettle, firm and strong, but gives herself plenty of room to melt and catch the vulnerability of someone feeling love where least expected.”

“Ecstatically applauded by her fans and superbly partnered at the piano by Malcolm Martineau, she brought uncommon sensitivity and restraint to Brahms’ Zigeunerleider, elegant repose to Debussy’s Proses lyriques and muted nostalgia to Berg’s Sieben frühe Lieder. One had to admire her sophistication, her impeccable diction, her subtle dynamic scale, her exquisite top tones.”

“…one of opera’s favorite funny girls is back…” 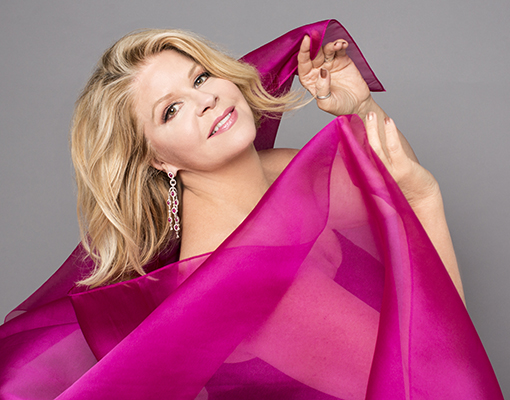 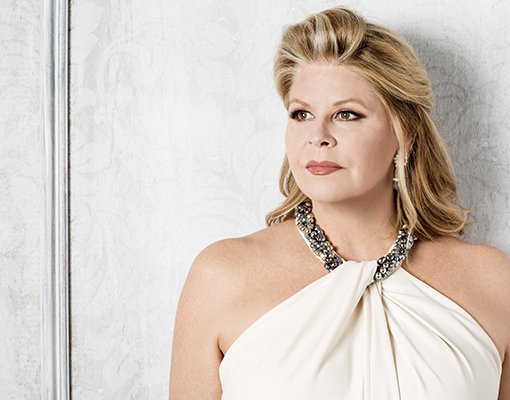 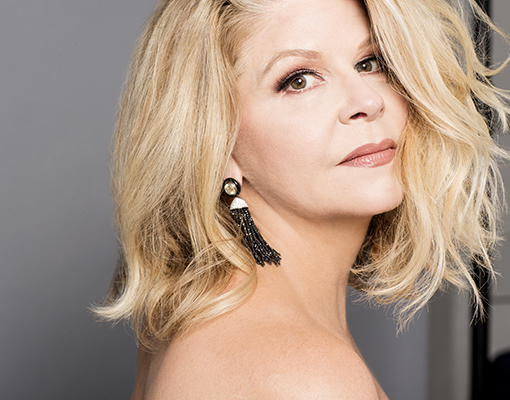 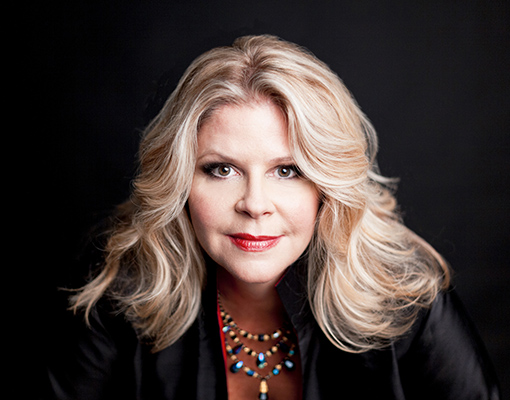 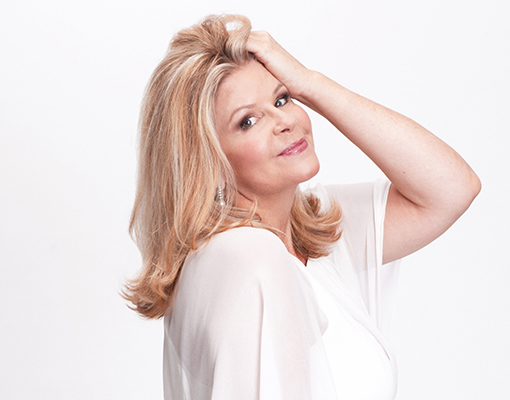