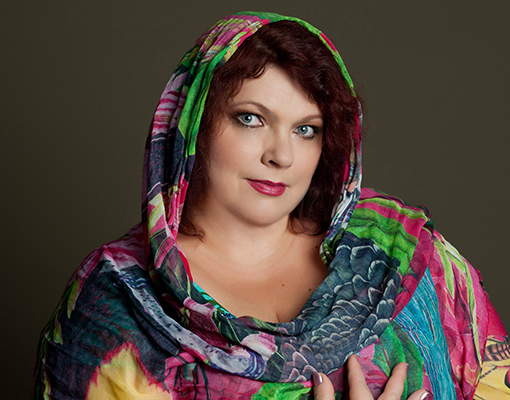 Ukrainian sopranon Tatiana Melnychenko debuted at both Teatro Regio in Torino as Abigail in Nabucco in February 2020 and at Mikhailovsky Theater in Saint Petersburg as Aida in November 2019 (maestro Alexander Vedernikov).

After her successful debut as Abigail in Nabucco at the Metropolitan Opera in New York, soprano Tatiana Melnychenko was re-engaged to sing Giorgetta in Puccini “Il tabarro” by the same opera house in November 2018.

Debuted as Santuzza in Cavalleria Rusticana at Deutsche Oper Berlin  in March 2018. In June the same year sang Verdi Requiem at the Orquesta Sinfonica de Castilla y Leon in Spain.

Sang the role of Abigail at the premier of a new production of Nabucco at the Arena di Verona and debuted also as Abigail at the Metropolitan Opera in New York (maestro James Levine).

Appeared as Lady Macbeth (Verdi Macbeth) at the Staatsoper Hamburg, as Abigail in Nabucco at the Royal Opera House Covent Garden in London, Gran Teatre del Liceo in Barcelona and Royal Opera de Wallonie in Liege.

Other engagements included Abigail in Nabucco at the Arena di Verona (with Placido Domingo as Nabucco), Israeli Opera in Tel Aviv and L’opera de Montreal, Lady Macbeth (Verdi’s Macbeth) in the new production of Stadttheater Klagenfurt and at the Greek National Opera in Athens.

In 2000 the great Spanish tenor Alfredo Kraus chose her for the singing department of the Queen Sofia School of Music in Madrid where she stayed for studying with renowned mezzo-soprano Teresa Berganza.

“…The sharp, magnificent voice of Tatiana Melnychenko’s Turandot. Brian Jagde’s Calaf confronts her with the same ringing. Both bend the ring to a flexible, variable phrasing…” Turandot at Teatro Massimo in Palermo. Written on February 26 2019

“… Montreal Opera offers quite reasonable cast to music lovers. However, a Russian soprano steals the show in Nabucco. This is Tatiana Melnychenko in the leading role of Abigaille, daughter of the king, power-hungry, debuting at the company. She is able to perform the vocaly extremely difficult role as it requested by Verdi… …She also stunning stage presence.” Montreal, September 2014

“Ukrainian soprano Tatiana Melnychenko acquitted herself superbly, both as a multidimensional character actress and as a singer. She hit the top notes with ease, deftly navigated the sharp turns and landed softly on the low notes. Her vulnerability in “Anch’io dischiuso un giorno” (I too once opened my heart) elicited plenty of sympathy.”

“…The real joy of verdian singing was given us by soprano Tatiana Melnychenko in the role of Lady Macbeth. Power, volume and variety of her voice’s color palette fully matched the expectation of Verdi himself. Fabulous mastery of acting and singing has allowed the singer to create the character of Lady Macbeth. “

“… the young Ukrainian Tatiana Melnychenko is an exceptional Abigaille, powerful and equal in all registers, but at the same time flexible and musical: we must say that there are only few singers, who has succeed as she to master all demands of the role…” Arena di Verona, written in June 15 2013

“… the young Ukrainian Tatiana Melnychenko is an exceptional Abigaille, powerful and equal in all registers, but at the same time flexible and musical: we must say that there are only few singers, who has succeed as she to master all demands of the role…” Arena di Verona, written in June 15 2013