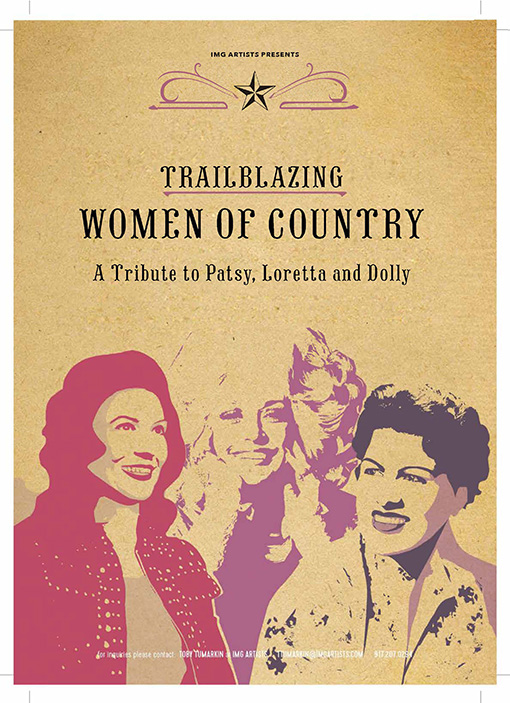 Trailblazing Women of Country: From Patsy To Loretta To Dolly

Patsy Cline, Loretta Lynn, and Dolly Parton revolutionized country music and blazed a trail for future generations of female artists. With their chart-topping hits and record-breaking sales, Patsy, Loretta, and Dolly wove threads of contemporary womanhood throughout the tapestry of country music, resulting in unprecedented commercial success and earning each a place in the Country Music Hall of Fame.

Trailblazing Women of Country, will entertain and inspire audiences during this pivotal moment in our nation’s history, featuring soloists, Miko Marks, CMT’s 2022, “Next Woman of Country”; and Nashville based singer, Kristina Train, supported by a 5-member all-female band.

Cline, Lynn, and Parton harnessed country music’s rich storytelling tradition to offer their uniquely empowered—and unmistakably female—perspective on issues faced by women of their day. Their shared legacy of musical excellence, earthy glamour, and unapologetic authenticity continues to resonate with listeners of all ages and backgrounds in the 21st century.

Patsy’s assured contralto affirms that a woman can be heartbroken and sure of herself at the same time (“Crazy,” “Walkin’ After Midnight”); Loretta Lynn’s songs exalt autonomy attained through contraception (“The Pill”) and self-respect (“Don’t Come Home A-Drinkin’ with Lovin’ On Your Mind”); and Dolly Parton demonstrates that a woman can ascend the career ladder (“9-to-5”) while never losing sight of her roots (“Coat of Many Colors”).

Through their singular voices and artistry, Patsy Cline, Loretta Lynn, and Dolly Parton defied restrictive gender norms, proving that women can be at once beautiful and strong, vulnerable, and powerful. 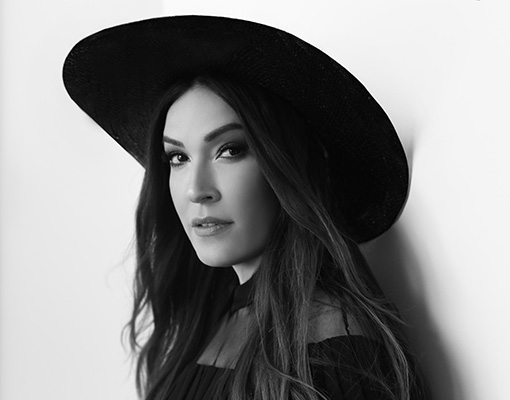 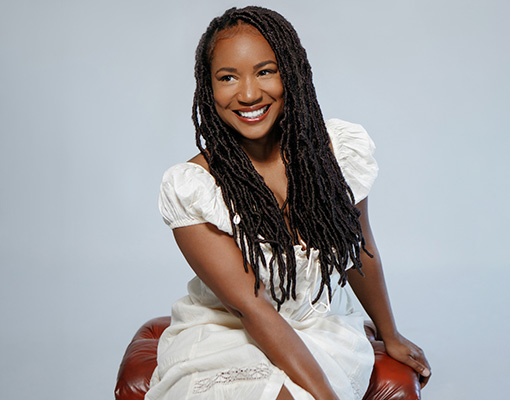